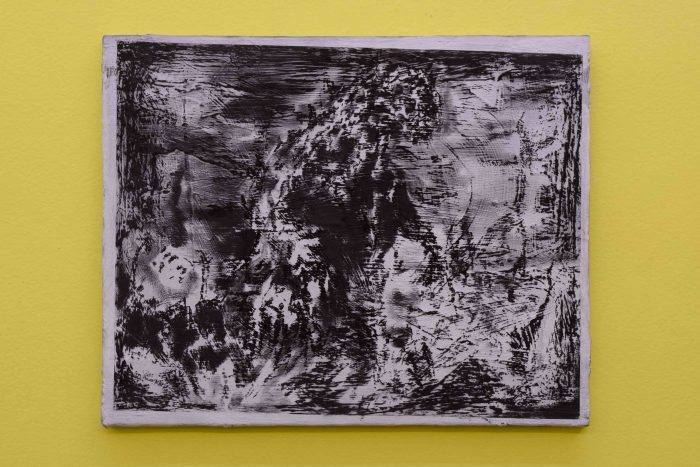 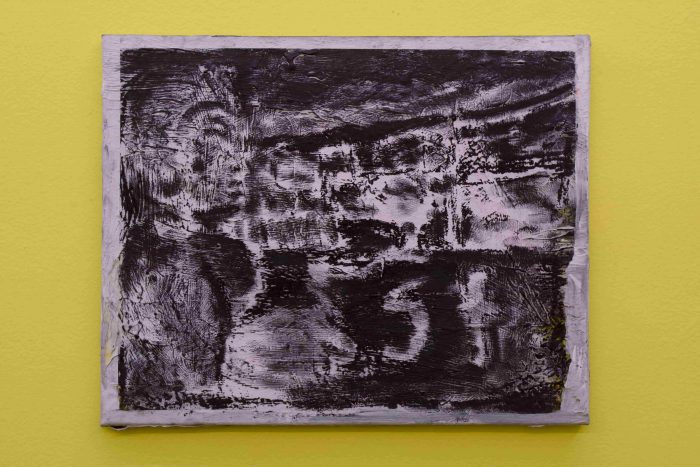 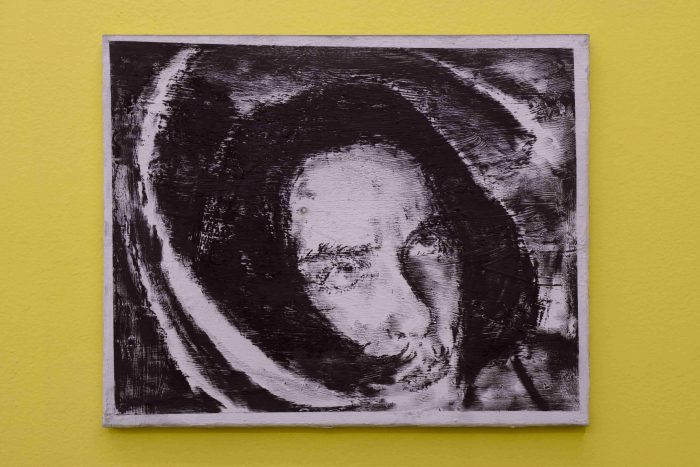 In Rancho Infierno, Luis Alonso Sánchez takes on the figure of Godzilla—a prehistoric monster created in Japanese cinema during 1954 as a metaphor for the nuclear disasters still fresh in the collective memory after the bombings of Hiroshima and Nagasaki—and relocates him to the sunny beaches of Baja California.

In this new adaptation, Sanchez creates a series of carbon drawings like the panels inside a graphic novel that illustrate the arrival of Godzilla in Tijuana, and the apparent terror it brings with him. If the Godzilian version created by the United States of America conveniently denied the monster of its origin as a nuclear catastrophe—caused, additionally, by that same country—and turned him into a military weapon that alongside the American army fights for the liberation of the whole world, what does it mean that Godzilla is now Mexican, and specifically, from the border city of Tijuana?