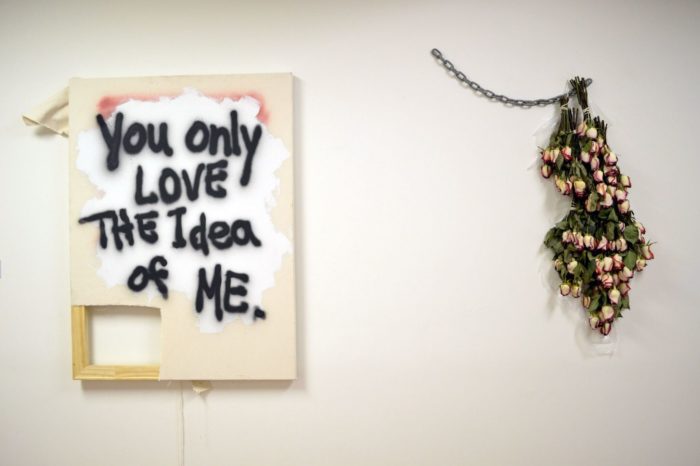 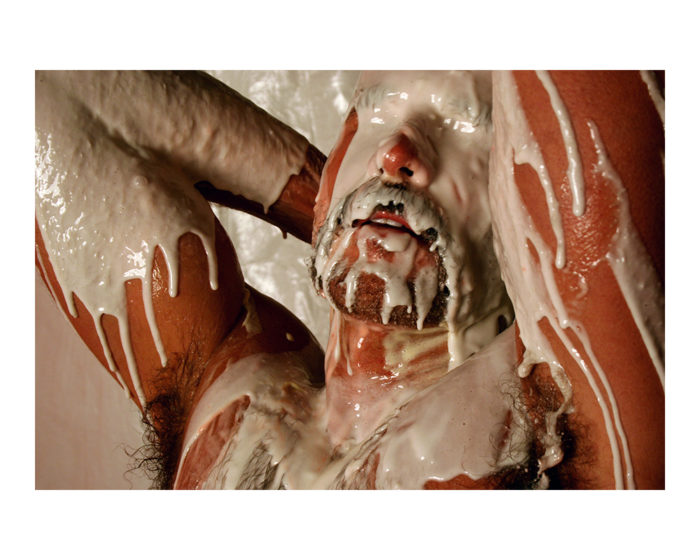 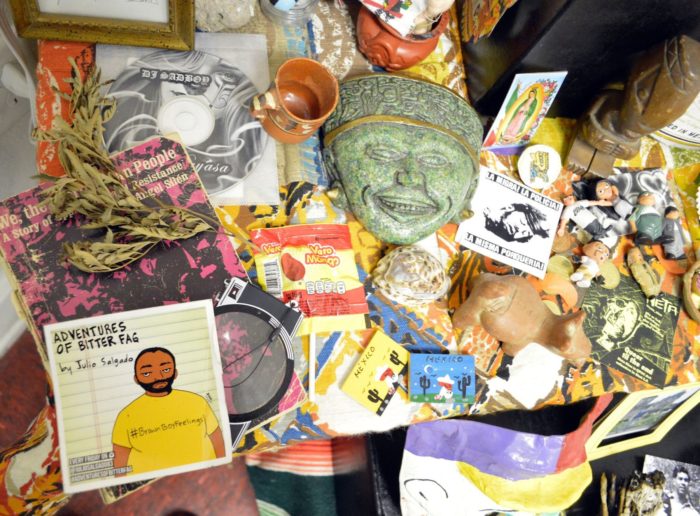 There is a thread that connects Latinx people. It is a strong soulful link, which is indelible. A lineage that carries the rhythm of varied cultures. Many are newcomers to this country cutting new paths. Some are from centuries-long histories from both colonizer and the colonized—with Spanish and Portuguese surnames cloaking indigenous and African heritage.

Latino(a) art culture is not monolithic; there is not one story or one identity. “Latino(a)” as a category encompasses many cultures, identities, origins, and histories with many subsets, in this case, a queer Latinx perspective. Spanish and Portuguese are gendered languages, which means that every noun has a gender. While some nouns keep their gender when they become plural, others change based on the gender composition of a given group of people. Some members of Latin American communities claim this gendered language reinforces patriarchal and heterosexist norms.

Many Queer Latinx artists respond to the current pointed political moments or continue in their varied art practices moving beyond identity, place, or zeitgeist. A shared history connected through common language(s)—all taking a part in a queer cultural awakening with a surging desire to tell their stories. Time will tell how it weaves into the broader lineage of LGBTQ history.

The twenty-plus (multi-generational) artists included in this exhibition, Queer Califas, express their artistry in real time—some with a fixed lens to the past and others’ sights set to the future.

The work presented in Queer Califas varies from formal paintings and drawings to photography, to experimental work, including soft sculpture, impromptu performance, and culture mash-ups, all from the Queer Latinx perspective.

With support from the City of West Hollywood, WEHO Arts.