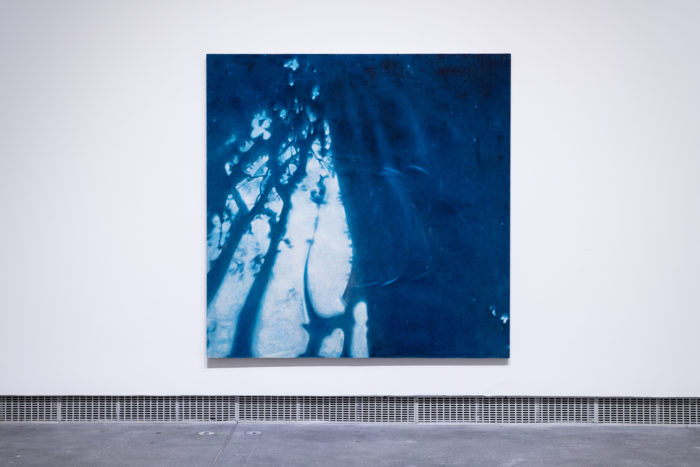 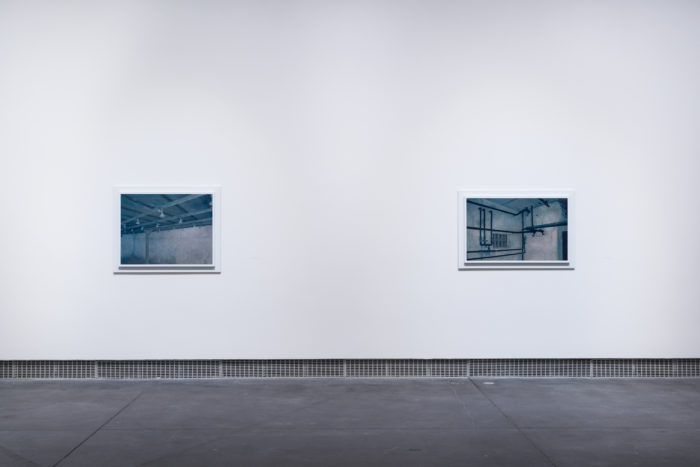 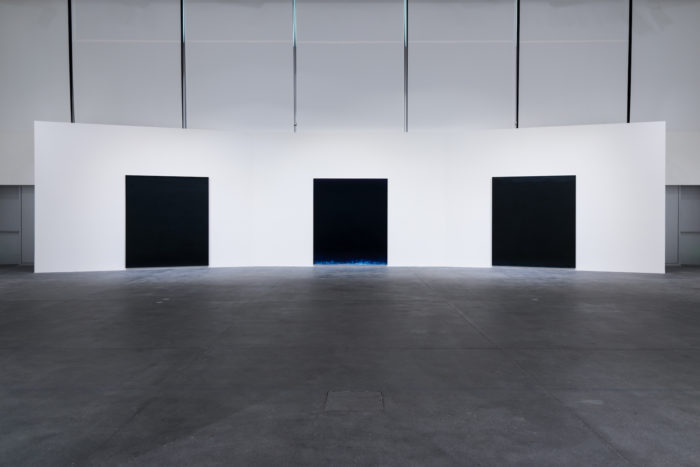 The Los Angeles–based Mexican painter Yishai Jusidman has an uncanny gift for conjuring naturalistic depictions that probe visual perception and the ethics of representation. YBCA showcases for the first time in the United States the acclaimed exhibition Yishai Jusidman: Prussian Blue, originally organized by the Museo Universitario Arte Contemporáneo (MUAC) in Mexico City.

The featured paintings are rendered almost exclusively in one of the earliest artificially developed pigments used by European artists, Prussian blue. The chemical compound that makes up this pigment happens to be related to the prussic acid in Zyklon B, the poisonous product deployed at Nazi concentration camps. By a strange turn, traces of the pigment remain to this day on the walls of some gas chambers. Such stains are quiet, disturbing, palpable reminders of the ungraspable event that Jusidman’s paintings confront to profound effect. The interplay between painting and staining allows Jusidman to plunge us into the labyrinth of memory, as underscored by this works’ excruciating silence and presence, in a way that is simultaneously distancing and faithful to detail.

The Prussian Blue series engages in a dialogue with historical documents and with monuments of a melancholic form of tourism, while always skirting our will to see implied in the testimony of an atrocity. Jusidman does not depict so much the historical facts as these facts’ aura and this may serve us as an effective warning to the consequences of hate.

Yishai Jusidman: Prussian Blue is organized by Museo Universitario Arte Contemporáneo (MUAC) in Mexico City, and is making its US debut at YBCA.