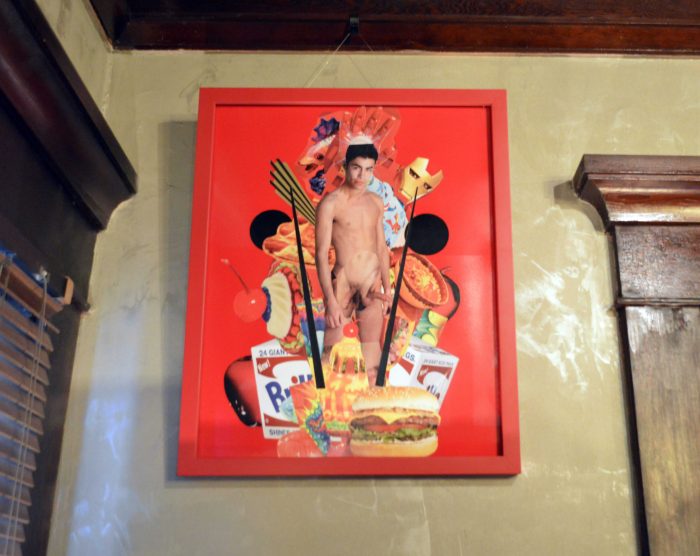 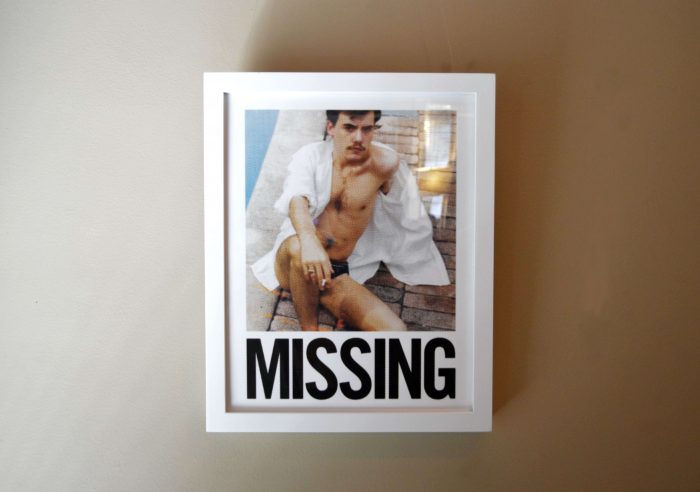 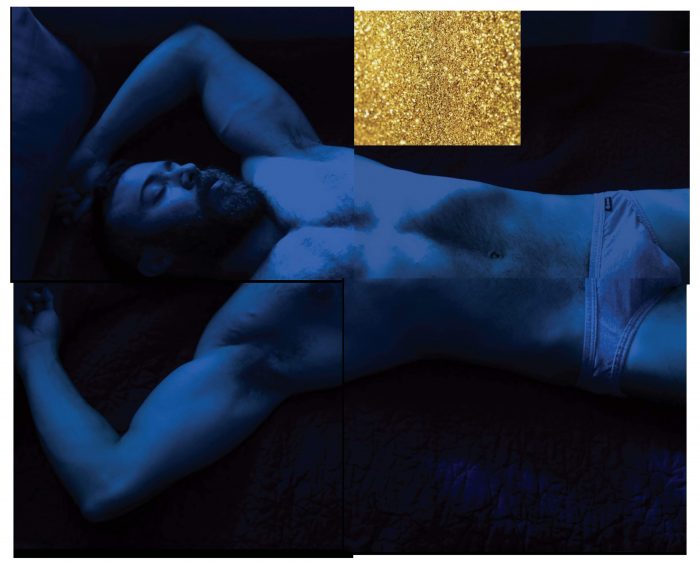 Rubén Esparza combines the skills of a multi-media artist and the insight of a gifted curator to synergize intensely cross-referential artworks. Queer AIDS tropes, phallocentrism, and bodily fluids become markers of LGBTQ+ culture from the early ’90s to the contemporary Trumpian zeitgeist.

GLoves (Blood Drive), a 1995 triptych, epitomizes many themes of Esparza’s oeuvre. The artist, culturally imprinted by a Latinx heritage, moved to Los Angeles from Houston, after his lover died of AIDS. To memorialize the death and cope with grief, Esparza secured a phlebotomist and invited friends to donate blood that he then dripped onto brightly hued latex gloves. Uniting the conceptual with the visual makes for an arresting, colorful overlay to a disturbing piece of activist art, swirling sadness and AIDS anger together in the same mixed-media piece.

This exhibition of twenty of Ruben Esparza’s most potent pieces includes a survey of the artists, art influencers and scenesters who frequent TOM House, and who Esparza has photographed in a collection of Polaroids. The most sensational shot being a self-portrait… floating in a mason jar of urine.

—Text and curatorship by Phil Tarley

Rubén Esparza (b.1962) is a Los Angeles artist and curator. His works are a part of the permanent collections of the Los Angeles County Museum of Art, Museum of Contemporary Art San Diego, and the National Museum of Mexican Art in Chicago. Esparza is the founder and director of the Queer Biennial, an exhibition anchored in Los Angeles that surveys international queer and Latinx art. Grants and awards, include: Department of Cultural Affairs, Los Angeles, National Endowment for the Arts, West Hollywood Arts, Tom of Finland Foundation, City of Los Angeles Mayor’s Office.

Tom of Finland Foundation, cofounded by Durk Dehner, is an international hub of enlightenment celebrating the vast catalog of Tom of Finland and all forms of sex-positive art.