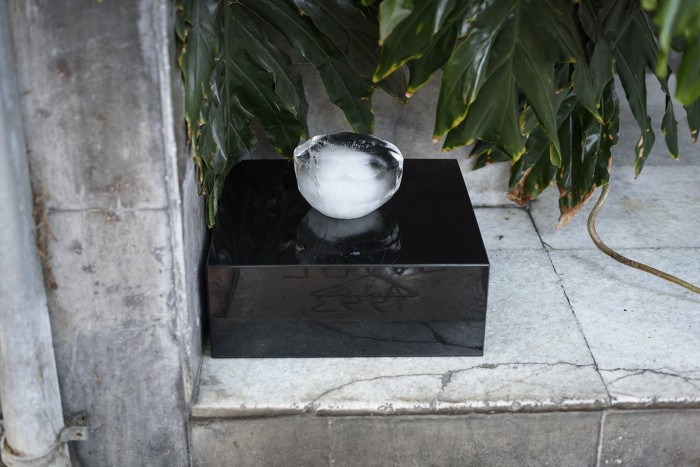 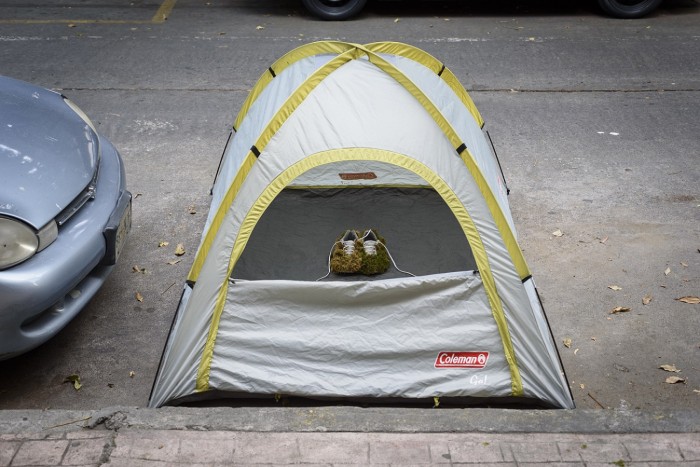 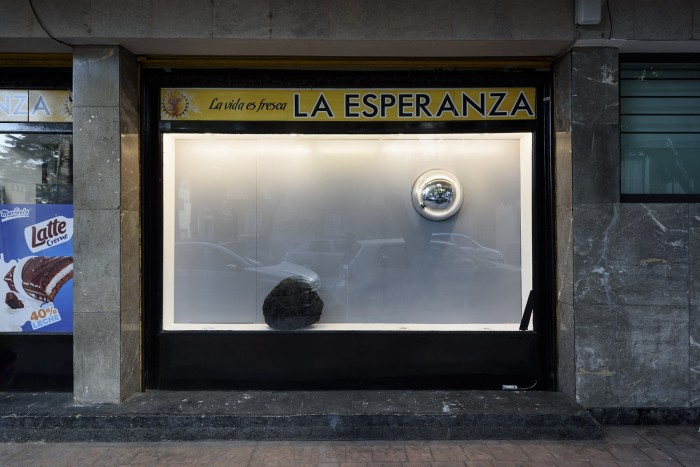 Pedacería is the first of four exhibitions composed from a personal collection of objects that once had a useful stage, but were destined to oblivion and rescued by Sergio Heredia. This repurpose creates a new discourse within Galería La Esperanza, in the form of a very simple landscape: a basaltic stone (mountain, valley, hill) and a security mirror (sun) within what appears to be a forgotten memory in a projector slide.

The exhibition is also complemented by three other pieces hidden along General Antonio León. Two of these pieces are different “dreams”, which were secretly exposed without permission at Museo Tamayo. These dreams also form part of an exhibition called Loose Laces. Loose Laces is the first chapter of a book written from dream logs in which I have been working for about ten years. The third piece is a tent and a pair of tennis shoes with moss, which in the future will become a dress for a performance (the date and place are not yet defined).

* These last three pieces were only exposed on the day of the exhibition opening.

Where did the stone come from?

Beneath the surface of the wooden floor, next to the courtyard of Museo Tamayo, was a water sculpture by Pierre Huyghe, inspired by natural caves, cenotes, as well as modern aquariums. Hiding on the floor, the sculpture became visible during the reopening of the museum after its architectural expansion. When dismantling the sculpture, the stones that floated inside the aquarium were removed from the interior of the museum and discarded in the trash, where I took three of them, the largest of which is exhibited in Galería La Esperanza.

Where did the mirror come from?

It is part of Mantric Mutation by Gunilla Klingberg, 2011, also in Museo Tamayo. It was a gift from the head of museography at the museum.