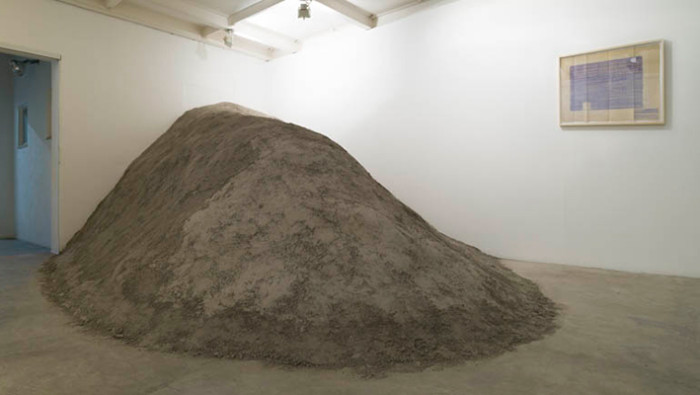 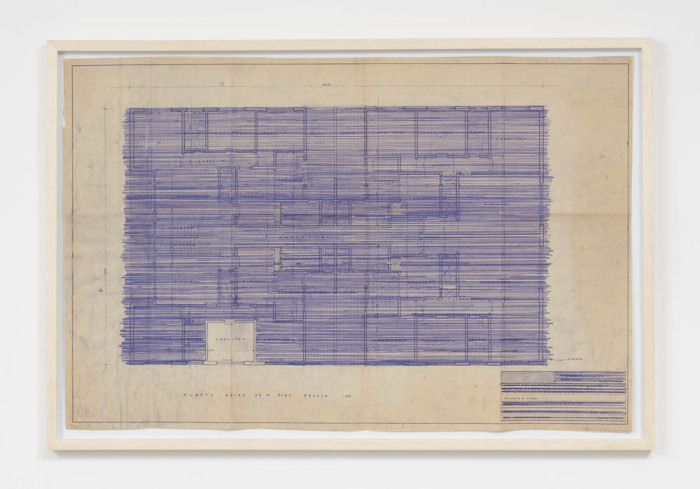 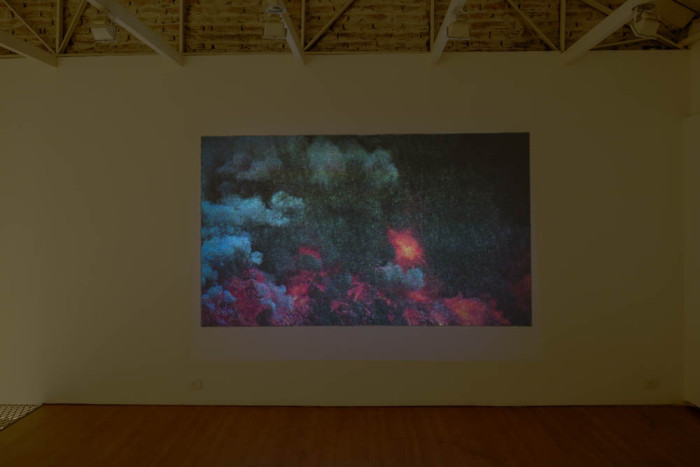 “The Destructive Character” (1931) by Walter Benjamin, and “Na Europa, a casa do homem ruiu” [In Europe, Man’s Home has Collapsed] (1947), by Lina Bo Bardi. It could equally be Claude Lévi-Strauss’ commentary on modern cities in “Tristes Tropiques” (1955), or Albert Camus’ profile of the absurd man in “The Myth of Sisyphus” (1942), or even W. G. Sebald’s retrospective description of his generation’s creative manifestations in “Air War and Literature” (1997). Not to mention Samuel Beckett, Guy Debord, Tristan Tzara, Le Corbusier, Jean-Luc Godard… there are several beacons that, with some form of power, illuminated paths amid the debris that piled up over the course of the first half of a century that was as destructive as it was infatuated by promises of progress.

The first solo exhibition by Lais Myrrha for the Galeria Jaqueline Martins inherits a portion of that intense, bitter and somewhat cathartic legacy. The artist does not nostalgically repeat those lessons, but rather, almost literally makes them into her ambience, her soundtrack projected from the past. The first two texts cited above constitute the script of the audio piece “Lado B”. They are actually two B-sides, on one we hear the reading of Bo Bardi, and on the other, that of Benjamin.

Another work that displays the complex character of the ghostly presence of these references in the exhibition is the video “O instante interminável” [The Interminable Instant], a montage of newspaper photos of explosions – fire and smoke. Moving between details in different degrees of amplification, the video loop delivers what its title promises by transforming the very instant of explosion into a cycle with no beginning and no end. It’s an allegory of the destructive character. Images that are consumed on a daily basis and become “old news” are in this case kept, blown up and placed in continuity. Making use of such raw material, the existence of the video results from the permanent state of crisis that the 21st century has maintained as one of its hallmarks.

The work “Dois quartos” [Two bedrooms], an agglomerate of rubble taken from a single room destroyed by one of the many demolition firms reveals an endless sample of the weight of accelerated obsolescence in big cities, which destroys its fabric as quickly as it launches new developments. In this installation, the artist separates, fossilizes and makes no distinction between urban fragments that would otherwise be taken far from our eyes, to one of the countless garrisons of the city’s excretions.

Myrrha’s efforts stress notions such as duration, opacity and persistence. Employing a certain resistance against the pathological absence of contemporary memory, her work might be read as the justification for the associated ideas that monuments bring in their relationships with society – reminders of something that would tend toward oblivion.

And that is precisely where the irreducible distinction lies between moments that contextualize the texts cited above and the time in which we live and which is explored by Lais Myrrha’s work. What early 20th century civilization witnessed as a laceration of its own flesh was the violent acceleration of today’s History.