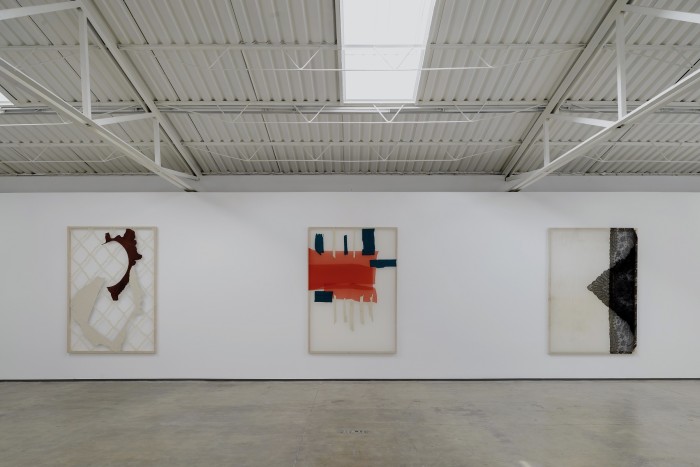 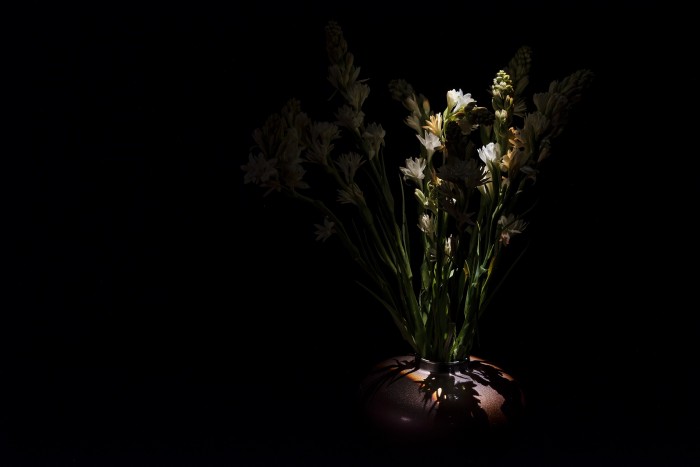 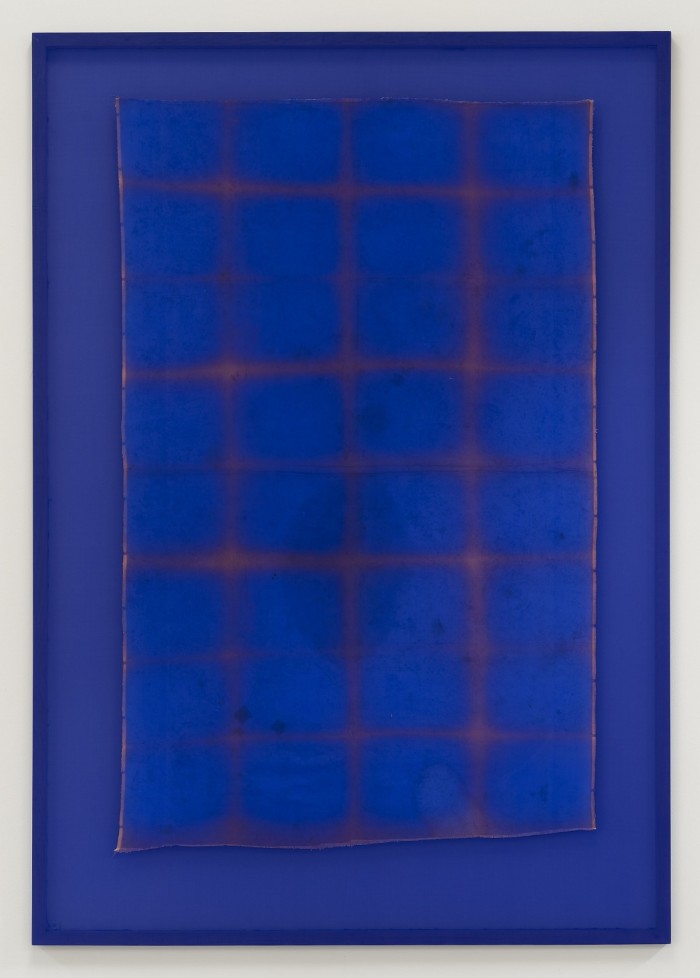 Anna Virnich’s artistic practice focuses on textile-based tableaus, incorporating found fabrics as well as new materials, which the artist stretches on wooden frames thus creating organic and almost painterly compositions that oscillate between transparency and density, foreground and background, agility and standstill. The tension between all those elements is crucial and it expresses itself not only within the composition of the tableaus and through the layering of various textures, but also in the physicality of the used material itself. The roughness of a leather-cut-out meets the delicacy of sewn silk. The perceptible force –transmitted by Virnich’s gesture of stretching– finds its counterpart in the simultaneous resonance of fragility, lightness and flux immanent to the work.

The tableaus presented in Nervous Moments Membranes are a result of the artist’s residency in Mexico City over the past months. They combine a variety of materials, such as mantilla, snakeskin, silk and rayon, ranging from the early 1920s until today. Some of those elements are worn and feature traces of use: weather stains, dirt marks, human sweat and rips. They bear an unknown history, a memory, which from our perspective becomes only a potential narrative, a trace of existence. Virnich resonates these indexical aspects in her titles: Shivering Spine I (2016) and Shivering Spine II (2016), which are works in the show pointing out the bodily, the human. These works are references and their virtue goes beyond the visual, incorporating the olfactory.

In Nervous Moments Membranes this swerving out of the merely visual into the spatial and physical is potentiated in a separate installation presented in the gallery’s backspace. You change the smell of my sweat (2016) combines sound, scent, light manipulations as well as objects and emphasizes the sensual, which only becomes evident through our own presence. The installation bears a moment of irritation thus making our own physicality become its protagonist.