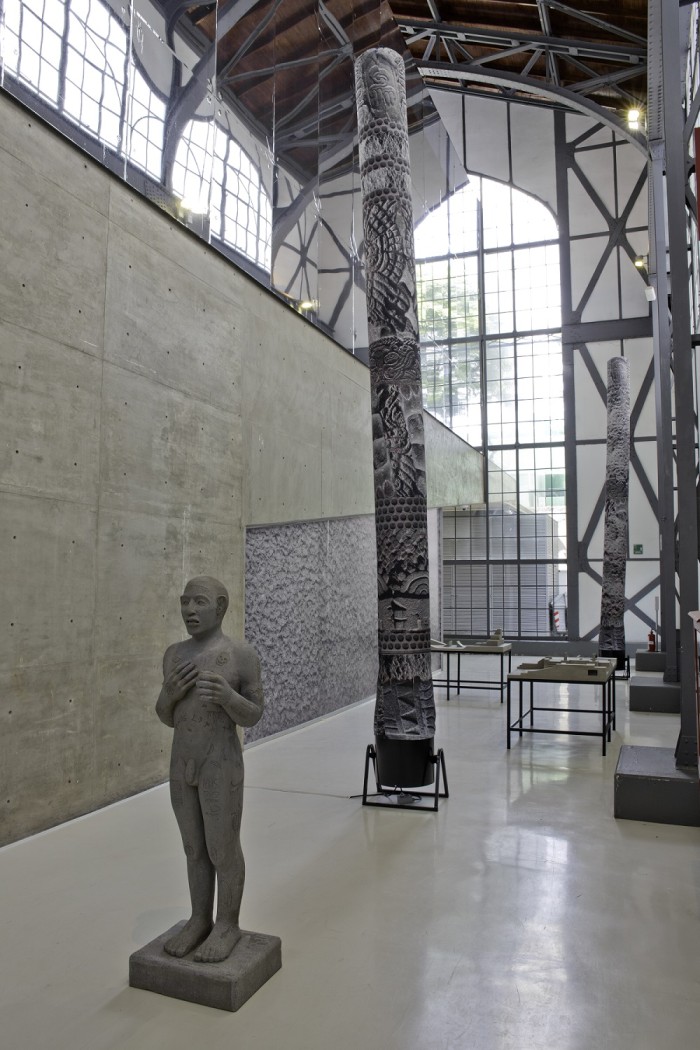 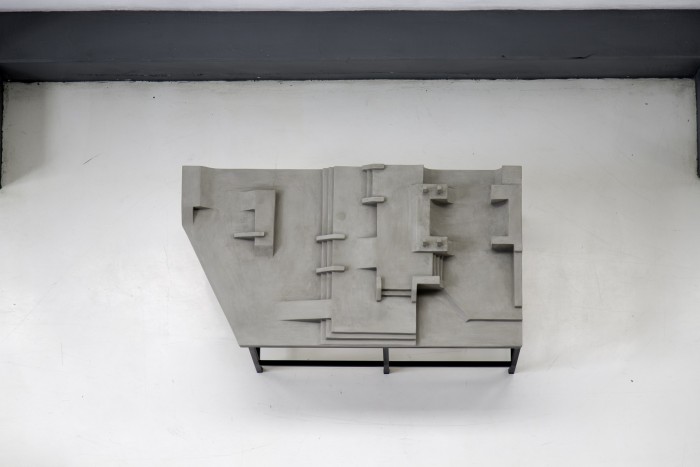 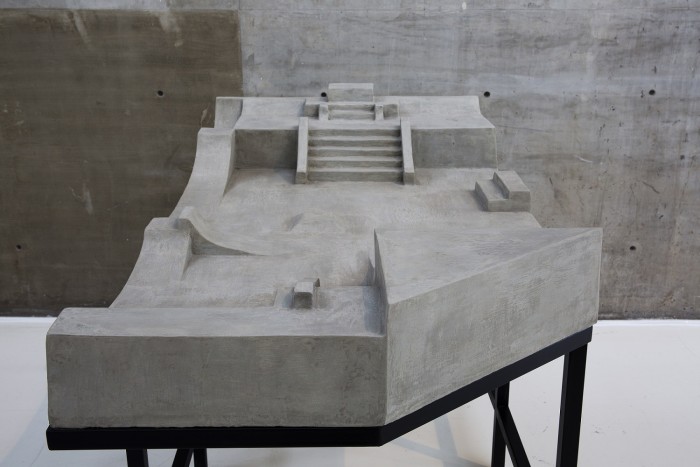 This exhibition consists of a series of works that interweave the ancient past with the present via a process of historical misappropriation. Here, ancient columns are conflated with advertising gimmicks; pre-Hispanic ruins with teenage recreational spaces; and ancient sculptures with contemporary monuments. Much like “time capsules” found in archaeological excavations – which refer to specific moments of past lives and civilizations – this project presents a moment of contemporary humanity as perceived by SANGREE.

The starting point for the exhibition is an archive of drawings generated and maintained by the artists, reflecting bits and pieces of our quotidian existence. The carvings or tattoos made upon the surface of the stone anthropomorphic figure in the exhibition – based on a pre-Hispanic sculpture found at Mexico City’s Anthropology Museum –draw precisely from this archive. The choice of stone as a medium contrasts with the fragility and planned obsolescence of current storage technologies and functions as a document of our present for time to come.

The title of the exhibition refers to the book Murmurs of Earth, where Carl Sagan tells how a group of scientists, led by himself, launched two spaceships to outer space in 1978, destined to leave our solar system. Each carried aboard a golden record containing the location of the Earth and some features of the human species. Much like a vinyl record, the “Side B” of this intergalactic emissary contained 90 minutes of musical recordings from different parts of the world, as well as a cosmic greeting in different languages from humanity, aimed at an unimaginable interstellar interlocutor. In the book, Sagan tells how these spacecraft worked as time capsules of humanity to a remote and unlikely encounter with extraterrestrial beings. To put it in his own terms, it was like sending “a bottle into the Cosmic Ocean.”

The time capsule created by SANGREE is not meant to be a transparent representation, but rather picks up strategies of the oopart  – a name given to objects that are implausible and clearly don’t belong to the historical context in an archeological excavation. Here, visitors will find an energetic exercise of anachronistic distortion based on the artists’ own cosmology; a misrepresented documentation of the world, an impossible time capsule.