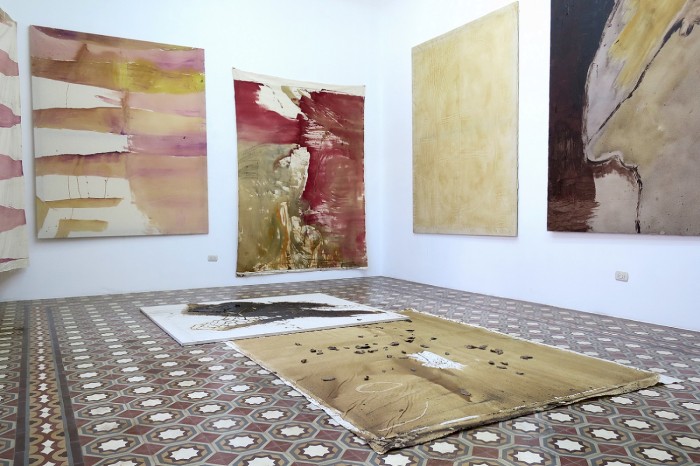 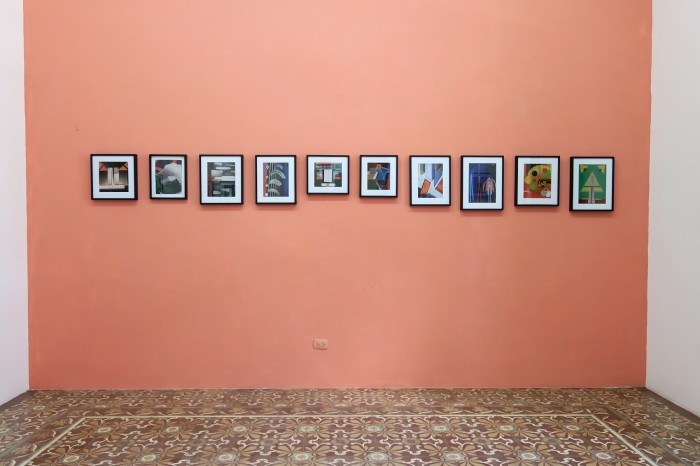 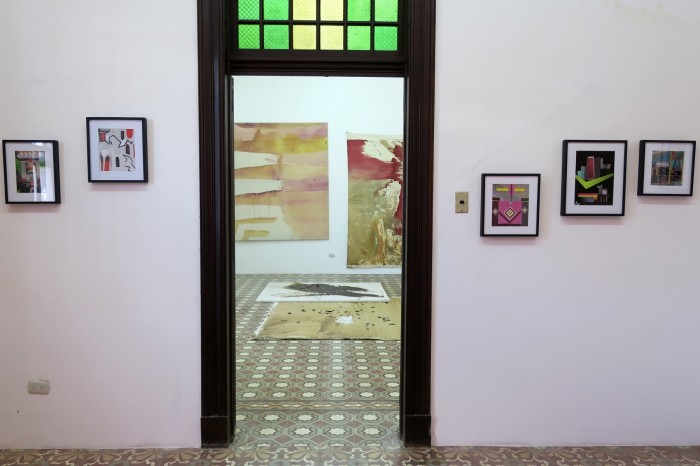 Monstera deliciosa, known in Guatemala as Mano de León (Lion’s Hand), is type of creeper native to tropical rainforests spanning from southern Mexico to Panama, that was first introduced to Europe around 1750. Because of the peculiar shape of its leaf, it is also known as Adam’s rib, philodendron, skeleton, harpoon, splitleaf, gunshot, tiger’s paw, and monster fruit.

Elisabeth Wild grew up witnessing her father’s care and affection for a monstera deliciosa that inhabited their home during the warmer months, and a friend’s greenhouse during the winter, until they had to escape from Europe in 1939 due to the imminent rise of Nazism prior to the World War II.

Nowadays, Elisabeth Wild (Vienna, 1922) and Vivian Suter (Buenos Aires, 1949) live in Panajachel, Solola. They are mother and daughter. In their work, each one understands their natural surroundings from a unique vantage point: Elisabeth thorough a calmer and more introspective gaze, while Vivian incorporates the forces of nature that surround her.

Despite having relocated many times, monstera deliciosa is a plant that has always had a special place in their family. Today, one of these plants stretches across a tall bookshelf in Elisabeth’s indoor workspace, while Vivian grows large bushes of them in her exuberant garden.