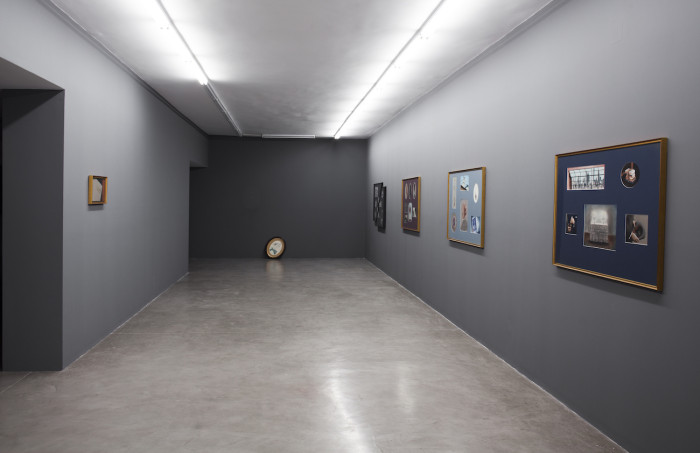 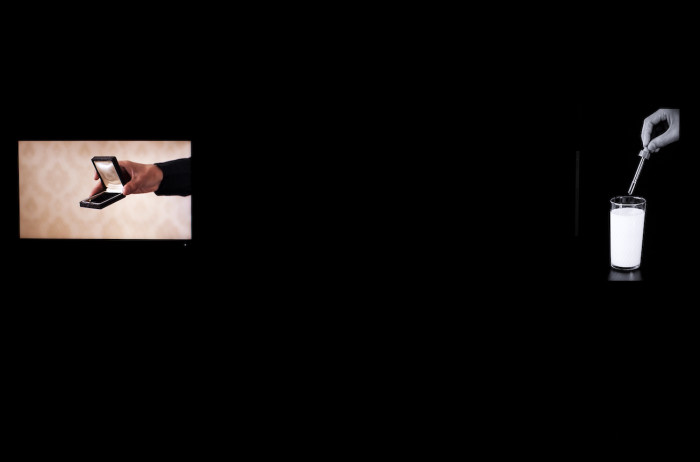 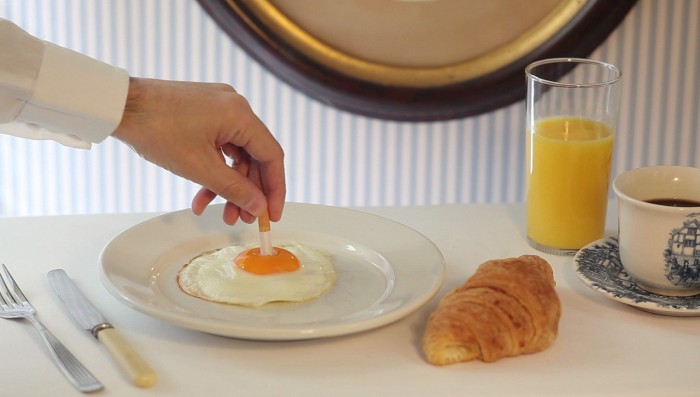 On the basis of thrillers —mostly by filmmaker Alfred Hitchcock— Martín Sichetti has developed a body of hyper-specific and committed works that include drawing, performance, collage, and video art. His pieces draw on memories of emblematic scenes in thrillers and spy films.

The memory of a specific scene —or a shot, usually a close-up, from it— is the origin of the search that leads to the FOTOGRAMA/STILL works. Sichetti photographs the image from the original scene to then take the resulting image to a new medium (drawing, video, or performance). In developing these works, he has tackled the challenge of generating his own films, that is, filming what he has imagined and then beginning the process again, but backwards. Regardless of the medium, the engine is almost always film: thrillers, dramas, comedies. For Martín Sichetti, appropriating the stills and personifying a film icon implies a journey within and behind the camera.

In the exhibition text, Diego Trerotola writes, “Though once denounced by organizations that uphold sexual diversity because of negative depictions on non-hegemonic sexualities, Hitchcock’s film, with its queer pleasure, has been vindicated in recent decades by works like Gus Van Sant’s remake of Psycho and Camille Paglia’s post-feminist essay on The Birds —and now by Sichetti’s reframings. In the blond swirl of a hairdo, in the glistening of a blade, in the hallucinated glass of poisoned milk, or in the perfect fake window of a set, there is always a flash of glam and drag resistance. In those flashes, the invraisemblable is understood as the reverse of the identical (or of identity) and the imaginary a new trap for the voyeuristic eye. The same feat that constructs Hitchcock’s films gives Sichetti’s vision its powerful charge: turning the image into desire in a state of tension for suspended ecstasy.”