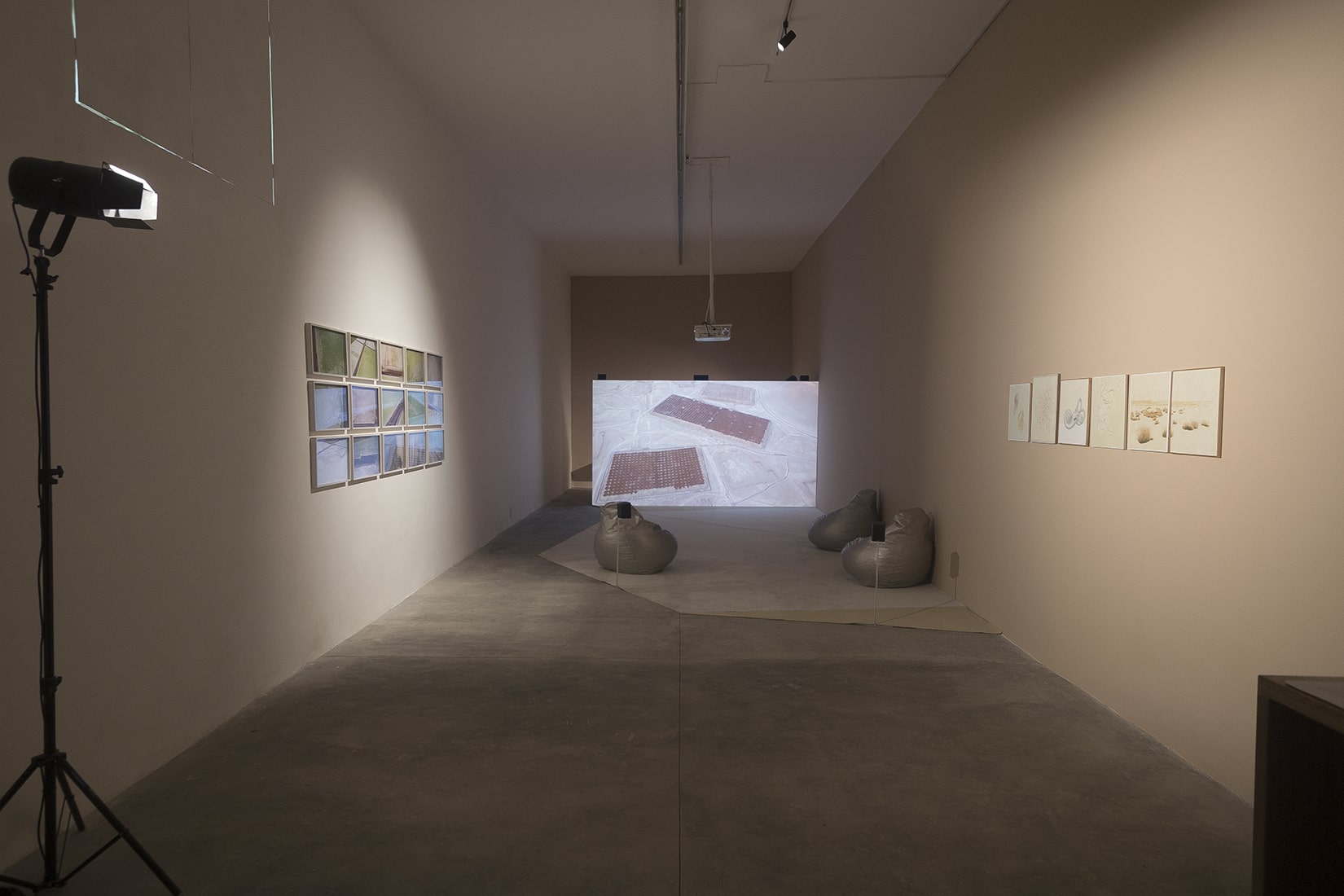 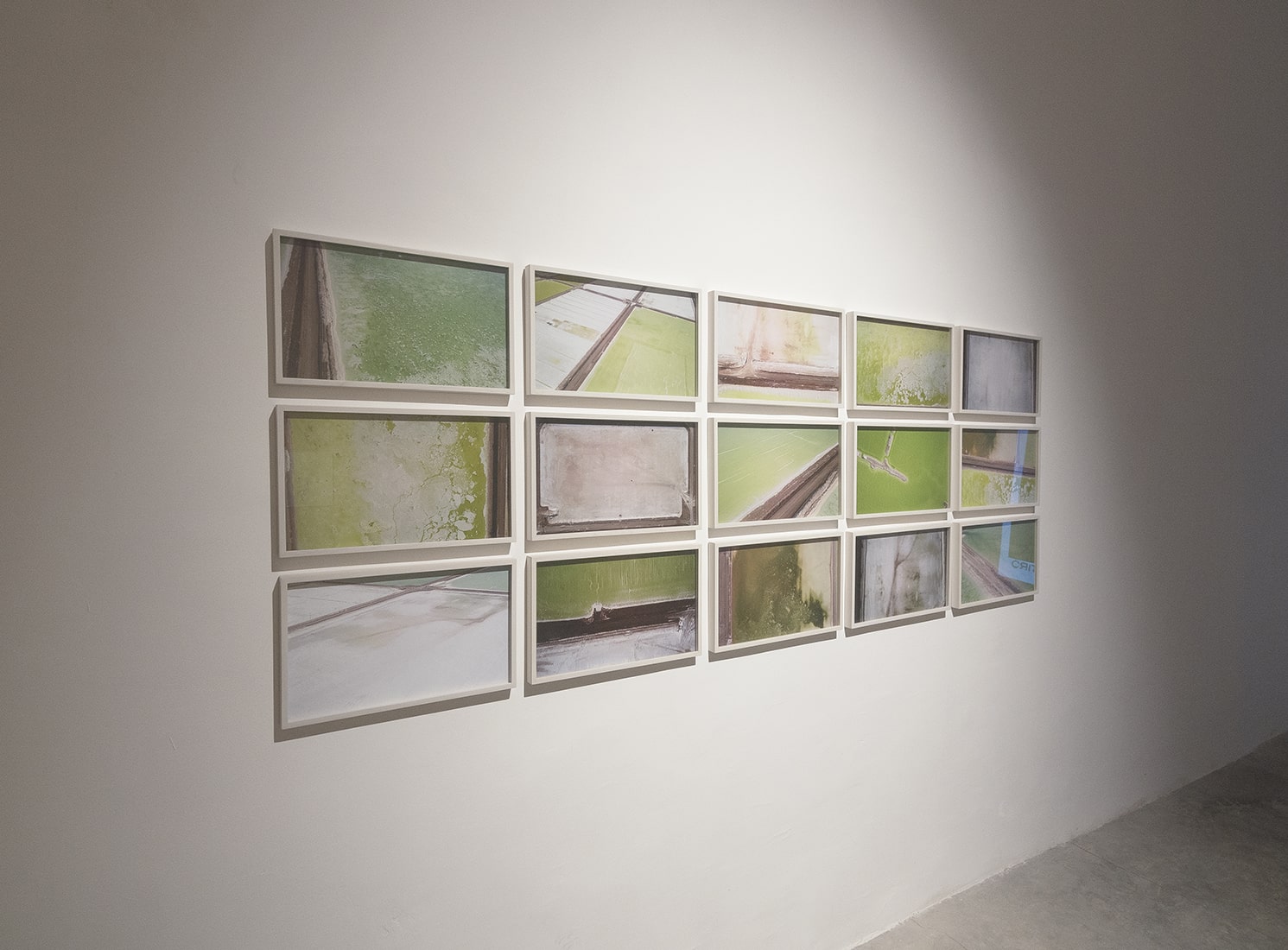 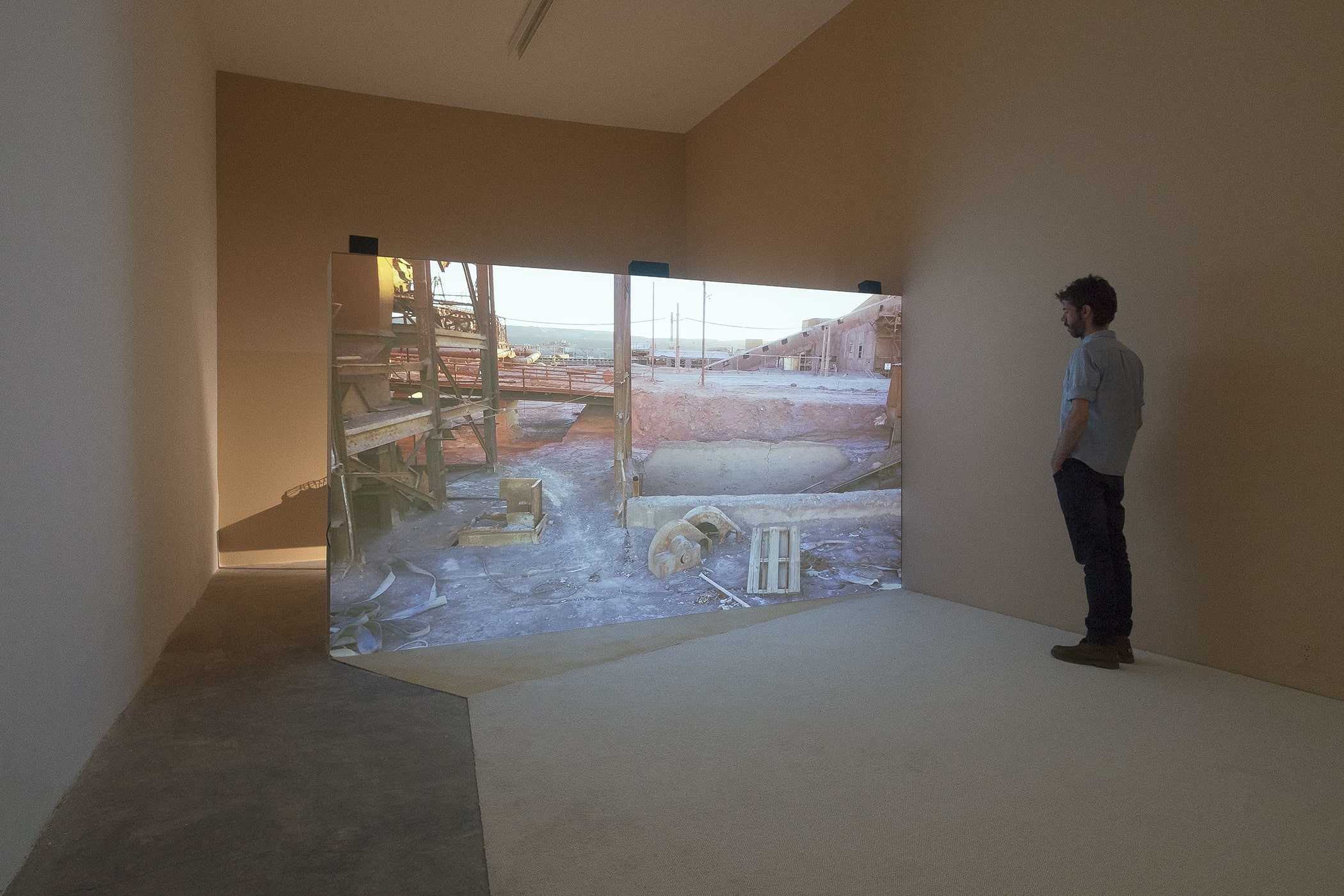 For its inaugural exhibition AYER presents Maria Elena, a project by the British artist Melanie Smith, who has developed a considerable part of her work throughout Mexico and Latin America. The film Maria Elena (2018) completes the trilogy that Smith started in 2010 with Xilitla: Dismantled 1 in Mexico, followed by Fordlandia recorded in Brazil, 2014. These three video works can be considered as intimate meditations grounded on a series of historical incursions, performed by international powers in unlikely settings. Parallel to these audiovisual portraits the artist further broadens her research with sculptural objects and venturing into the pictorial realm, revealing the full material scope of these occurrences and their eventual failures.

Maria Elena deals with the aftermath of the mining boom that took place in the region of Antofagasta in the middle of the Atacama Desert, northern Chile. The largest reserves of saltpetre in the world are contained within this territory, when refined as nitrates this mineral can be used as fertilizer and raw material for explosives. The video focuses on Maria Elena, a so-called nitrate town born in the middle of the 1920’s out of an investment from the Guggenheim family. The economic rise ended abruptly when a group of German scientists achieved the synthetic production of these chemicals. This settlement was the only survivor out of the generalized abandonment of the area, remaining as the last active nitrate town in Chile.

Smith’s video displaces through the landscape, leaping through poetic abstraction and concrete reality. It narrates one of the multiple tales in which industrial modernity and its fleeting fancies have long-lasting and irreversible effects; this colonial attitude and its arrogant instrumentalization of the environment produce a new pictorial abstraction that inhabits the landscape uncomfortably. This is replicated nowadays with the proliferation of lithium extraction spreading across the Atacama Desert; a new conjunction of economic interests has triggered the reconfiguration of the zone, menacing ecological balance and the cultural meaning that many social groups assign to this place.