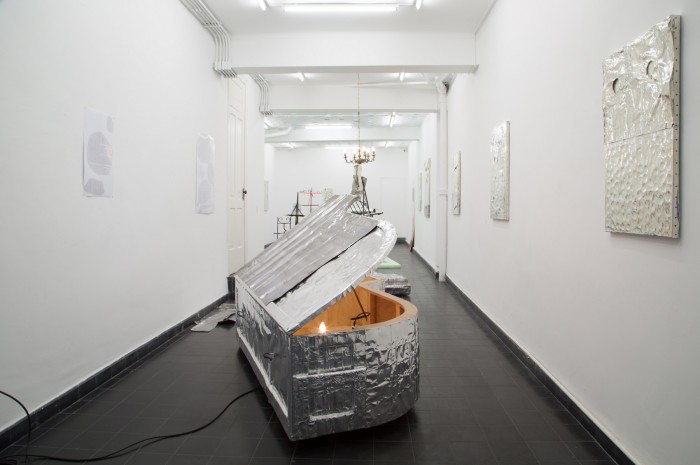 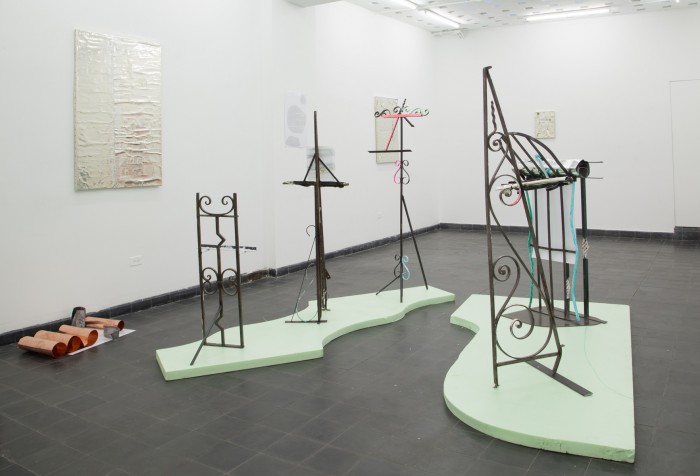 While the music of Marina Rosenfeld appears to be concerned with form and function of memory itself, activating the operations and the mechanisms of memory, Josef’s work is more an act of rebuilding relationships to concrete objects of individual memories and transforming them in sequences and in similarities. Josef relates to and thereby rebuilds the environment of the pianos of his early memories and his idiosyncratic relationship to the object, turning them into a mute piano, for instance perceiving the piano as an intensely uncanny trojan horse in the environment of the civil houses’ interior.

Music is thus like a space of a superior apparatus of the human mind, where the music becomes itself expression of the ontological modes of memory. Whereas, maybe sadly, the condition of art and text production, at least in this case, is always to work and to converge the object of memory into a referential form. Instead the “birth of music” appears as the imagination of memory and as an apparatus of memory itself.

The artist does not conceive his objects interiorly, but is always dependent on the sometimes quite random conception from the exteriorities, as if he was an attending empty black box before conception. But why then, asks the artist, who reflects and consequently starts writing on his own production, why are the objects that blunder randomly into the space of production, entailing such presence of figurative silly objects like mute pianos, somnambulant donkeys, faces in the shadow, bizarre music stands and other folkloristically shaped representatives? The artists remembering referentiality being generally dependent on the banal objects of the houses interior that surrounded the experiences of music, like the icons and music stands surrounding it, even while the early aim of the production was to incorporate the sublime condition of music itself. Such art production always remains in a condition to deal with the primitive and visually perceived object in order to consult memory for the production of any meaningfulness to conceal its use value and the hideous condition most virtuoso, a birth of objects through music as tragedy of transcending its own fundamental meaningless. Still one could conclude, the artist tries to make some sense by reaching out into modes of collaboration and by eventually transcending the objects towards the idea of music, as it was for instance given by Marina Rosenfeld’s composition as model for memory as object and function in itself.

But such romantic notion of art and tragedy that resembles the earliest Nietzsche writings somehow appeared to be redeemed with the particular selection of the music of Marina Rosenfeld during the opening performance that included some strong references to Couperin. The tragedy is not within the spirit of music. The entertaining sound pieces dedicated to the comparable small moments of daily life have illuminated the mute objects and pictures of the exhibition. Like a shot into the space of the artists self pitying tragedies, his grotesque mindset that resembles more the attitudes of Wagner and Beuys then Couperin and Offenbach, the latter whose compositions the late Nietzsche so wisely made to his main model to explain the spirit of music and art is not tragic. Enough!

To Satisfy the Rose