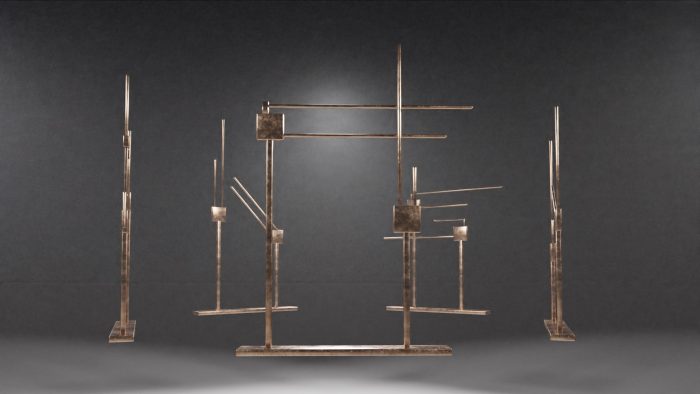 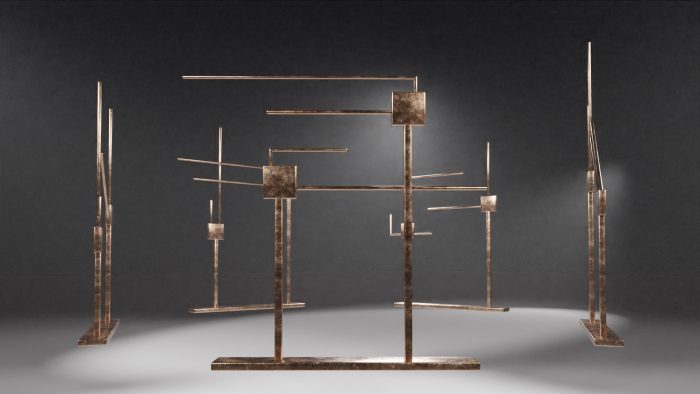 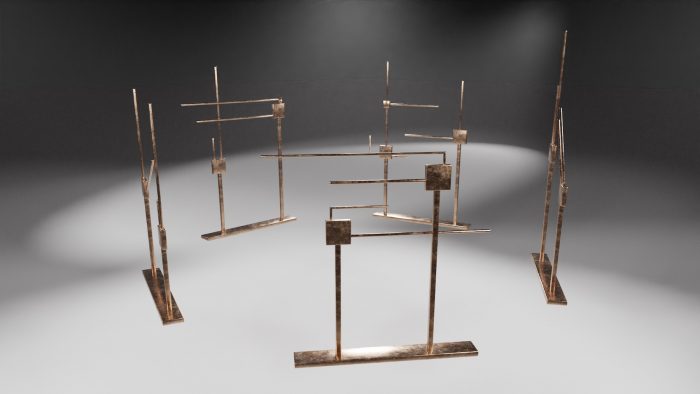 The installation Lightning rods for confusing energies, by Rebeca Carapiá, opens the project Pivô Satellite on July 24th. Relating 3D modelling, iron and copper, the work simulates in its performance an assembly guide as a strategy of collective emancipation and spirituality. Along with Carapiá, biarritzzz, Diego Araúja and Raylander Mártis dos Anjos are the artists selected for the platform’s first edition. The four artists were indicated by curator Diane Lima, who brought them together in the project entitled Os dias antes da quebra (The days before the crash). “The days before the crash is an exhibition that suggests a move back to what was being predicted, speculated and denounced before the pandemic, by a group of racialized and dissident artists with extensive experience in postponing the imminence of their own crashes”, explains the curator.

Born in Salvador-Bahia, Carapiá is interested in the relations produced between language, conflict, the body and the territory. The artist creates, through sculptures, drawings, installations, prints, texts and objects, a cosmology around the conflicts of the norms of language and the body, in addition to expanding a geopolitical debate that involves memory, precarious economies, ancestral technologies, dissidences and gender relations and the power relations between speech and word.

The curator Diane Lima has a MA in Communication and Semiotics at PUC-SP, her research explores contemporary curatorial practices from a decolonial perspective. She is currently part of the curatorial team of the 3rd edition of Frestas – Triennial of Arts at SESC-SP, and she has been curating the Valongo Festival since 2018.

Pivô Satellite functions as a project room within Pivô’s website. Designed by artists and curators invited by the institution, its program comprises artistic proposals in different formats, created especially for digital media. In the coming months, starting on July 24, the platform will present works by 12 artists selected by 3 young Brazilian curators. Each curator will choose four artists to occupy this digital project room with monthly individual proposals.

Pivô Satellite aims to contribute to the creation of a support network for the Brazilian artistic community in this dire moment. The artists will be granted with a commissioning fee, be accompanied by the invited curator and rely on Pivô’s production and communication structure and its team to develop the content to be displayed by Pivô Satellite. The projects will have an experimental character and may take on various formats and durations, with no restrictions as to the type of media or theme, having only to respect the current social distancing requirements.

The collaborators of this program were invited according to criteria that take into account the relevance and quality of their artistic research, in addition to the diversity of identities present in Brazil—of gender, ethnic-racial, regionality, social and cultural context. By consolidating this program, Pivô hopes to bring together a consistent and diverse group of new active voices in the Brazilian art scene, at a pressing moment in our history.

Alongside Pivô Satellite, in an attempt to shorten the distances between Pivô’s programming and the international public, Pivô will launch its page on Patreon. Though the subscription-based service, patrons will have access to exclusive artist and curator talks, Q&As, lives, and insight on the behind-the-scenes of running an independent art space through these turbulent times.