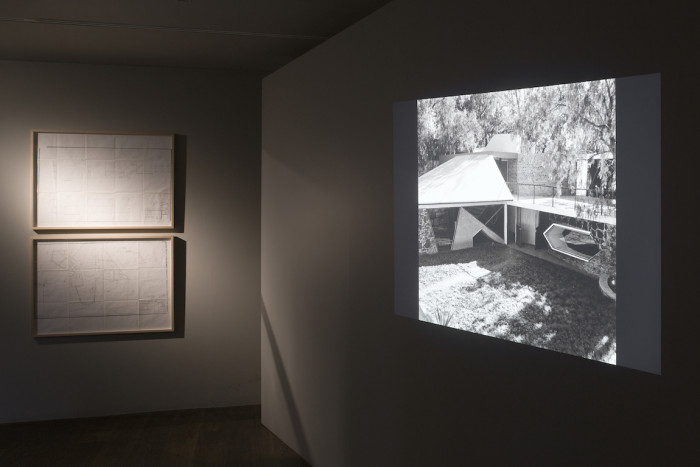 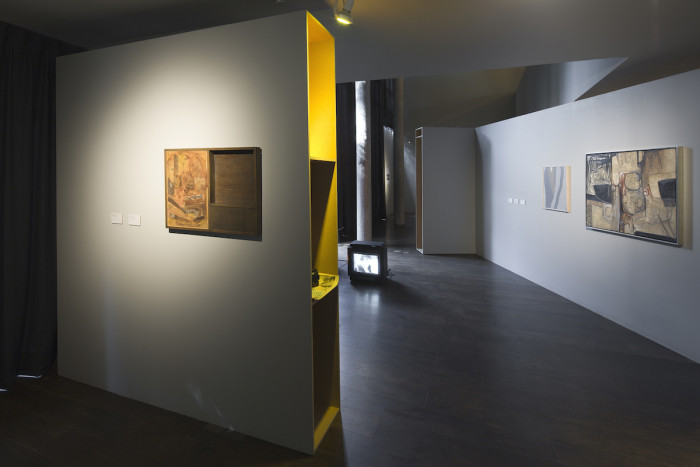 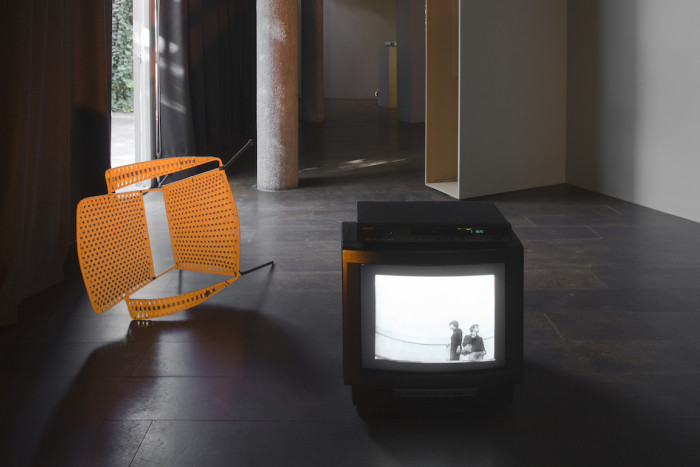 During the 1960s, the Dynamic Museum transformed a series of nonconformist houses designed by Manuel Larrosa into ephemeral exhibition spaces to accommodate the heterogeneous artistic interventions produced by some of the most prominent members of the Breakaway Generation. Through a selection of original artworks and documents, Mario García Torres recovers the memory of these events, while recapturing their fleeting and festive nature in a series of contemporary gestures.

On the evening of September 6, 1962, a group of young, avant-garde, anti-establishment artists who would eventually be recognized as part of the “Breakaway Generation” (or Generación de la Ruptura) occupied the rooms, hallways and gardens of an odd-looking house of unconventional proportions and geometries designed by Manuel Larrosa –an experimental architect in his early thirties–. They hung abstract paintings on the walls, placed sculptures in unexpected nooks and crevices, used staircases and windows as backdrops for stagings and dance performances. That night, the house at Tepexpan 14, in the sleepy, cobblestoned neighborhood of Coyoacán, was transformed into the first Dynamic Museum, a project conceived as part museum, part theater, part happening, part get-together, by Larrosa himself along with former director at the National Institute of Fine Arts, Miguel Salas Portugal.

Larrosa and Salas Portugal created the Dynamic Museum to house the artists that were ostracized from the museums and cultural institutions of the time and would later be a part of a group known as Generación de la Ruptura: painting and sculpture by Manuel Felguérez, Lilia Carrillo, Alberto Gironella, Vicente Rojo, Fernando García Ponce, Angélica Gurría, Luis Nishizawa, Enrique Climent, Enrique Echeverría and Waldemar Sjölander, among others, were featured; along with photographs by Nacho López and works by other emblematic artists like Alejandro Jodorowsky and Juan José Gurrola, whose unconventional practices had ties with theater, performance art, and conceptual art.

The three editions of the Dynamic Museum were hosted in houses designed by Larrosa. By occupying them, the artists transformed domestic spaces into fleeting stages for miscellaneous pictorial, sculptural, and performative expressions. Likewise, they used them as platforms to denounce an impervious institutional apparatus and to challenge the status quo: the Dynamic Museum was a celebration of new beginnings.

With its distinctive mix of art-art-theater-event-architecture, the Dynamic Museum foreshadowed the cultural shift towards an era of more conceptual and radical expressions in art. Departing from an historiographic viewpoint, Mario re-reads and re-signifies the Dynamic Museum by recovering source documents and original works of art and by proposing a set of actions that allude to the spirit and original atmosphere of these events. Furthermore, he brings to foreground the architectural memoirs of an unexplored icon of contemporary culture.