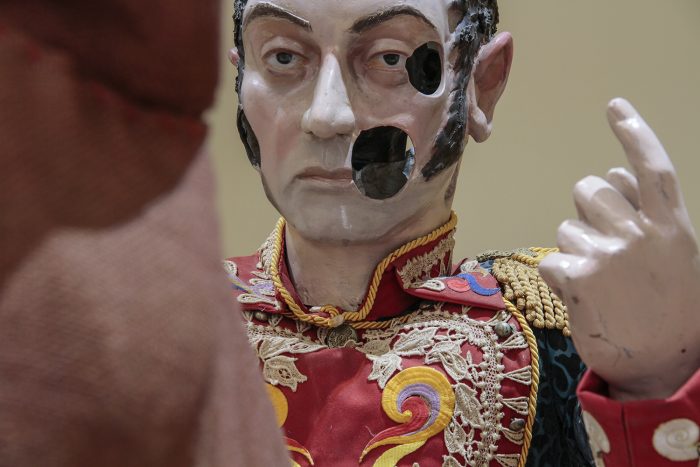 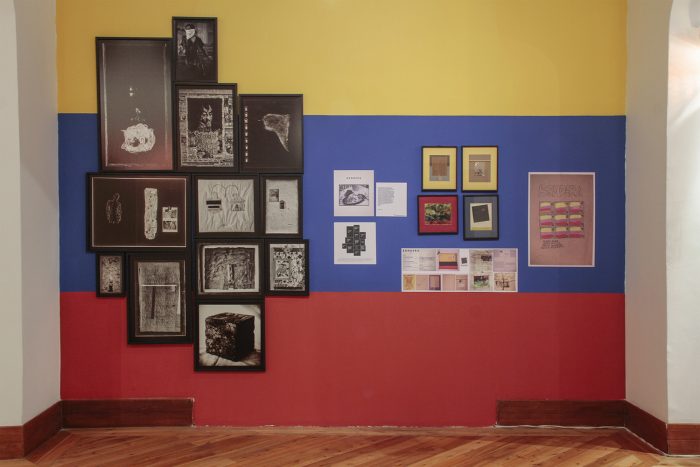 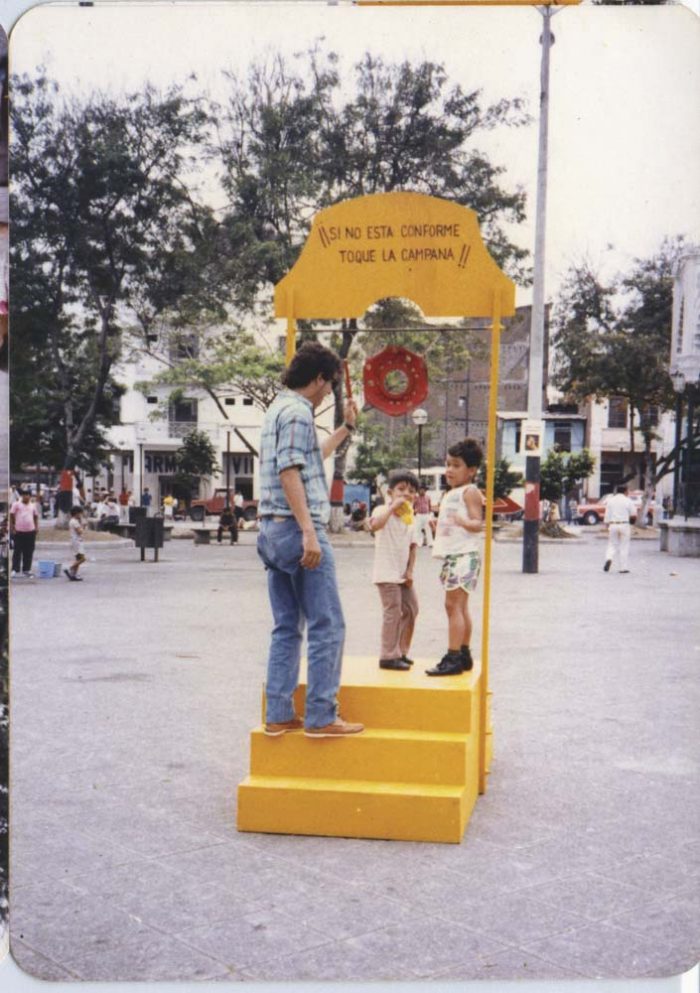 The exhibition of the art collective La Artefactoría at the Contemporary Art Center of Quito is part of a recognition to these artists for their lifetime achievement. The award is given by the Premio Nacional de Artes Mariano Aguilera, in its latest edition, 2017-2018 [1]. The exhibition includes examples of the joint work done by the art collective, which has been organized chronologically; as well as an outline of the individual endeavors of each of its members, over several years, presented in small rooms dedicated to each one’s work.

The most visible faces in the group, the artists that received the award, are: Flavio Álava, Marco Alvarado, Paco Cuesta, Xavier Patiño, Marcos Restrepo and Jorge Velarde. Most of them began collaborating in the seventies, during their High School years at Colegio de Bellas Artes Juan José Plaza de Guayaquil, but it was between 1982 and 1983 that they converged under the name of La Artefactoría [2]. The collaboration between these artists has been irregular, it has been marked by many ruptures, but their collective actions and their individual work are important references for local contemporary art. Most of these artists have combined their artistic production with a commitment towards teaching, from their private workshops to a series of relationships with different educational institutes and even their involvement in the creation of Instituto Superior Tecnológico de Artes del Ecuador (ITAE), a pioneer institution in college education dealing with visual arts in Guayaquil, and a fundamental base for the recently created Universidad de las Artes.

The questions that guided this exhibition, and have been addressed by the educational program at CAC, have to do with the limits of a homogeneous art collective and if a process can be finished or remains open; it would seem that the collaborative platform of La Artefactoría is more related to a metaphor of working together than with an actual sustained collective practice. It is important to point out that the group has disseminated on several occasions and that they have held strong conceptual differences. It could even be said that more people, than the six official members named above, participated in La Artefactoría. There are voices that should be rediscovered and it should be recognized that the collective, in this case, was a strategy for obtaining visibility.

[1] The Premio Nacional de Artes Mariano Aguilera created in 1917 is one of the most important awards for the arts in Ecuador.

[2] The name La Artefactoría was chosen over a series of other proposals, after Juan Castro, a young art historian at the time, encouraged these artists to assume a collective identity to produce art works together. The name alludes to Andy Warhol’s Factory, an art studio and an important meeting place of artists and musicians between 1963 and 1968 in New York.

No me digas entiendo