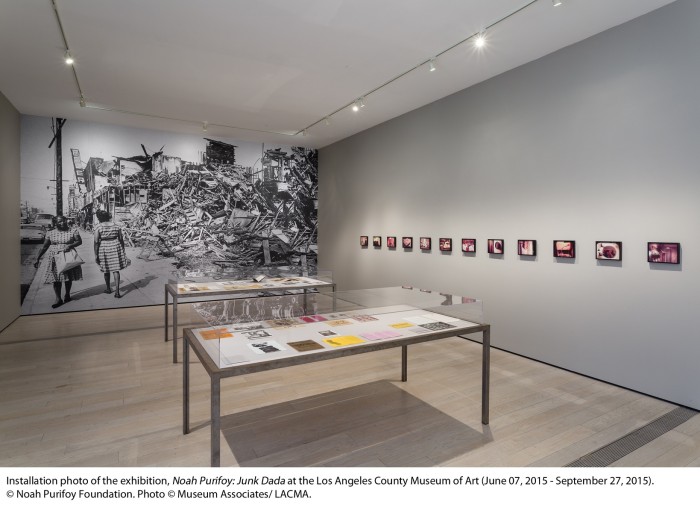 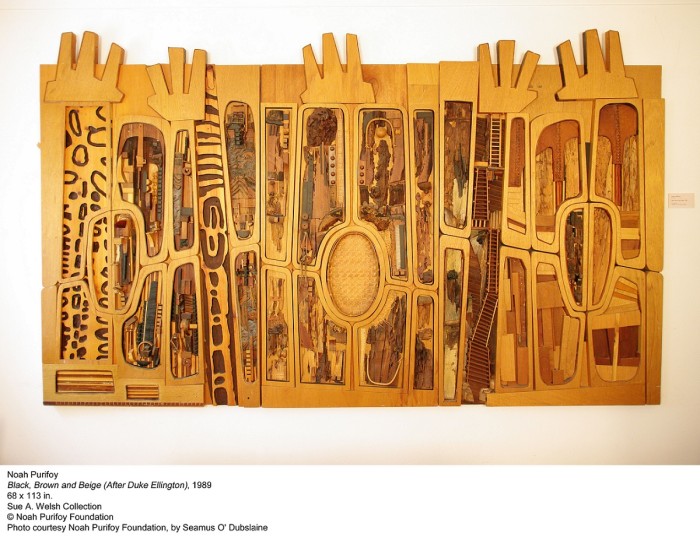 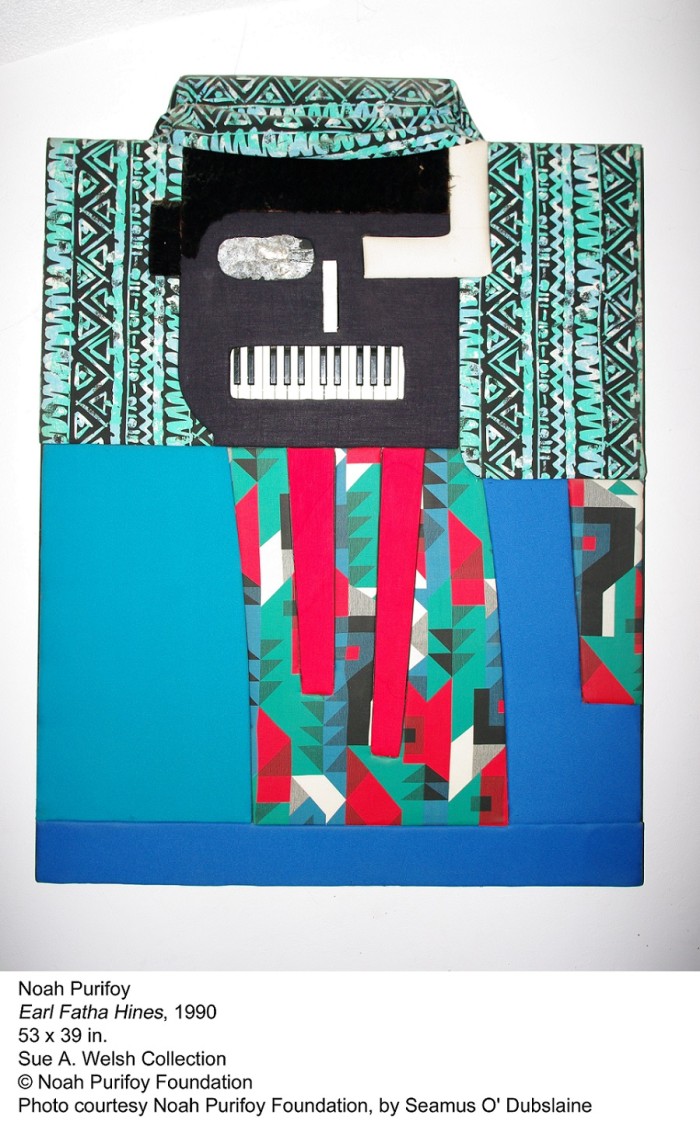 Noah Purifoy: Junk Dada is arranged in loose chronological order, with an emphasis placed on distinct stylistic periods of Purifoy’s career. The artist’s landmark exhibition 66 Signs of Neon is represented through approximately one dozen assemblage works by Purifoy and other artists, including Judson Powell, Debby Brewer, and Arthur Secunda. To Purifoy, the term assemblage referred to three-dimensional works that might serve as standalone sculptures (not as elements of an installation), and collage described two-dimensional works. Constructions were understood to be larger assemblages involving major elements of juxtaposed parts. Purifoy occasionally used the word combine to define both two-dimensional collages and three-dimensional assemblages, echoing a term coined by Robert Rauschenberg. Having developed this lexicon he continued to employ these diverse ways of working through the remainder of his career.

LACMA’s retrospective includes printed images from Purifoy’s 1971 solo exhibition at the Brockman Gallery. The artist referred to the provocative large-scale gallery installation depicting a single-room apartment inhabited by 11 family members as “environmental art.” Not long after this infamous exhibition, Purifoy withdrew from his art practice for over a decade, instead concentrating his energies on social work and as an arts advocate for the California Arts Council.

When Purifoy officially returned to art making in 1988, he began to incorporate discarded materials into his studio practice once again, prolifically adding 40 wall works to his oeuvre. In 1989, he relocated to Joshua Tree, where he spent the last 15 years of his life. There he took advantage of the desert’s spaciousness, ultimately populating 10 acres of land with large-scale sculptures fabricated entirely from detritus. Noah Purifoy: Junk Dada features eight large-scale assemblages rarely seen outside of the Noah Purifoy Foundation’s Joshua Tree Outdoor Museum, including From the Point of View of the Little People (1994), Ode to Frank Gehry (1999), and 65 Aluminum Trays (2002). Four of the large-scale works will be on display within the exhibition galleries, and four will be situated outdoors on LACMA’s campus adjacent to the Resnick Pavilion and in the Los Angeles Times Central Court.