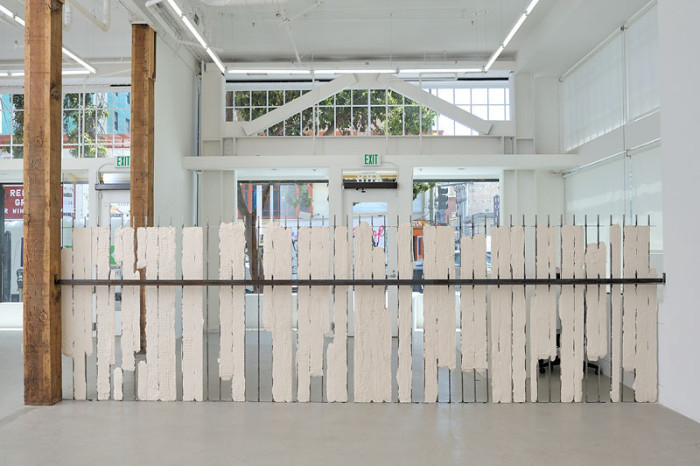 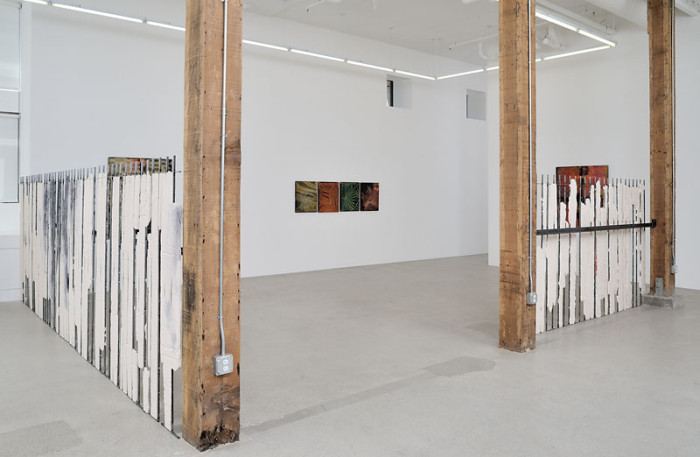 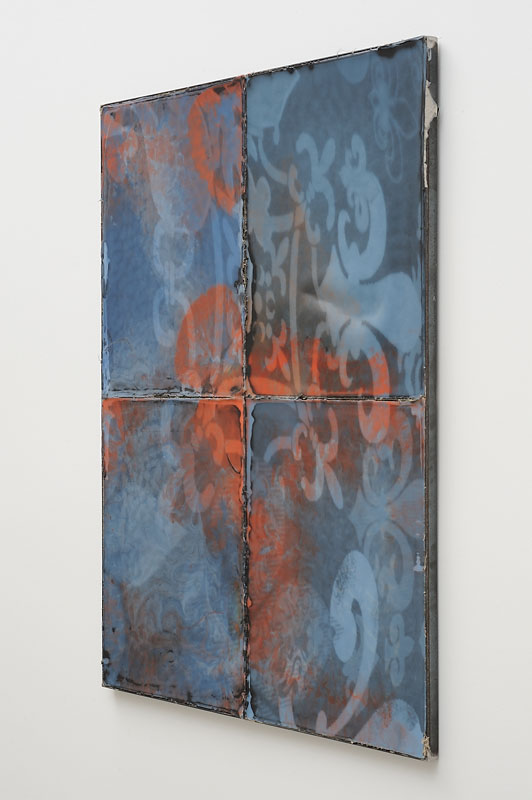 Ruairiadh O’Connell’s work investigates the psychological functions of design in all its manifestations, from abstract patterns through domestic interiors to landscape architecture. For this show, he has created paintings and sculptures, which transform the aesthetics of exclusion, isolation and distraction into thought-provoking forms that seem to belong in a parallel reality.

O’Connell’s “wax paintings” consist of silkscreens on industrial wax, which has been infused with oil pigment and poured into steel frames. The silkscreens appropriate their motifs from casino carpets. Casinos encourage visitors to stay longer and bet more. These environments can stimulate desire but also act as a kind of anesthetic – distracting people from repetition, failure, and dismay. By transforming their materials as well as shifting the images from the floor to the wall (and thereby elevating their position), O’Connell’s artworks disrupt the intended spatial, emotional and spiritual functions of their sources.

O’Connell’s “railing sculptures” appear to be traditional metal fences that have been invaded by a mysteriously textured substance. Between each custom-welded vertical bar is a mesh that supports jesmonite, a water-based resin, that is molded and colored by contact with lace privacy curtains.

Metal railings have marked the boundaries between the general public and the elite for centuries, but they became ubiquitous in Victorian Britain. As a way of softening their segregating role, railings around private parks would often be painted green, rendering them “invisible.” Reds, blues and golds were also used as decorative diversions. When Prince Albert died, his wife, Queen Victoria, ordered all the railings of Britain to be painted black to demonstrate national mourning. Or at least that is the urban myth.

Lace curtains demarcate a different kind of border – between the public and private. Ever so politely, net curtains protect what is inside from prying eyes.

In “Invisible Green,” O’Connell reconfigures the tropes of casino carpets, railings, and lace curtains to create an environment that makes us mindful of the subliminal and alert to our moods and movements.

Courtesy of the artist & Jessica Silverman