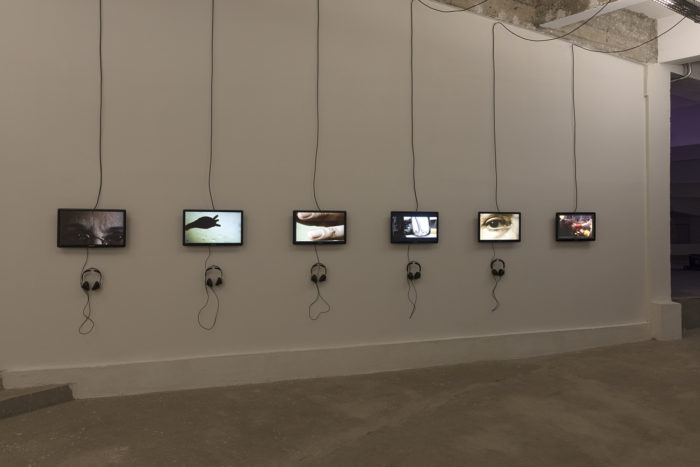 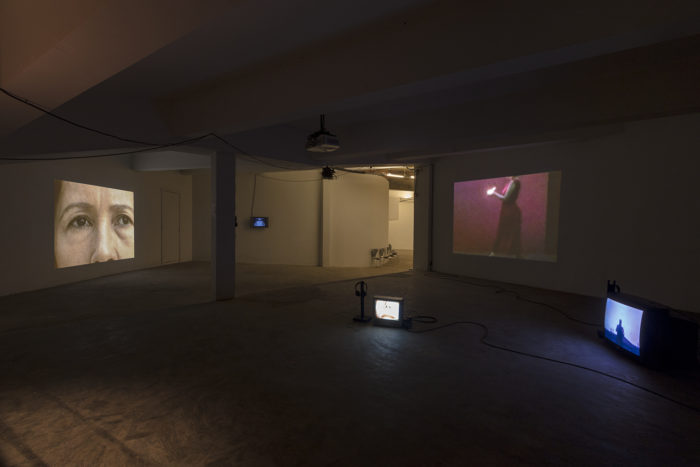 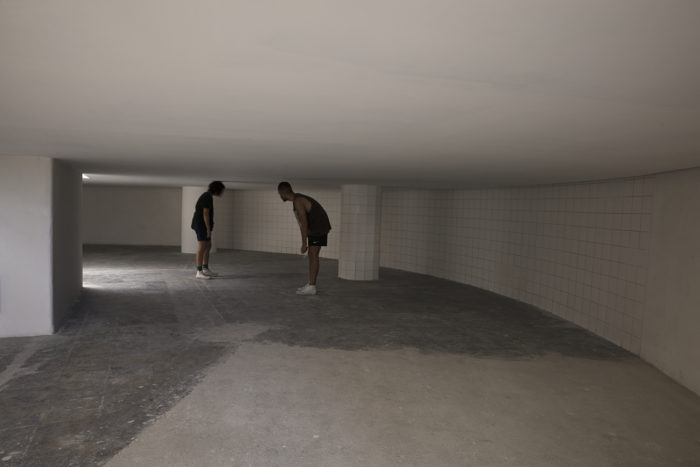 Opening the activities of its Annual Exhibitions Program, Pivô presents imannam, by Brazilian artists Ana Linnemann, Anna Maria Maiolino and Laura Lima, curated by Tania Rivera. Adding to the show, a graphic piece made by Colombian artist Bernardo Ortiz is displayed in the central column of Pivô’s reception.

imannam is an encounter of the three artists’ works in the space, motivated by its unusual architecture (a mazelike 1500 m2 space roughly placed in a residual area of the iconic Copan building projected by modernist architect Oscar Niemeyer). The exhibition features a combination of installations, objects, sound pieces and films intertwined in a way that is hard to tell when each artist’s work begins or ends. Laura Lima and Ana Linnemann took the architecture as a clear starting point, while Maiolino adapted a selection of iconic works especially for this situation.

The exhibition is first and foremost the result of the artists’ engagement with each other’s practices and the space during the process of installation—its title replicates this particular dynamic through a wordplay with the artists’ names. When entering Pivô’s main exhibition space, the audience will be greeted by a sound piece by Anna Maria Maiolino. Moving forward in the gallery, the viewer will be surprised by the piece Snail ( 2018), an abnormally low ceiling, by Laura Lima. Obliged to bend over, they will soon detect The Invisible Number 11 (2017), of Ana Linnemann, in which a support column makes a quick 360-degree turn per minute.

Among other pieces, Anna Maria Maiolino selected a series of short experimental videos to the exhibition—”between-documentaries” or “a-documentaries”, according to the artist’s definition. The videos, made between 1999 and 2010, are captured through a digital or cell phone camera, arranged alongside texts in prose poetry, excerpts of songs and various commentaries on art and the world. According to her, the selection is a direct response to her immediate surroundings and the current political situation in the world.

Finally, Laura Lima’s Incapacitated Room (2018)  occupies the space’s central area. The work is a suspended wooden-made room turned into a fully-functioning office, where Pivô’s staff will work during the exhibition period. The visitors can follow the movements of its occupants by peeking into the gap that reveals their ankles moving around the platform. By displacing the institution’s office, as well as playing with its spatial proportions, Lima radically contributes to the complete subversion of Pivô’s general environment.

imannan is above all a free exercise of coexistence between these established artists and the curator in a specific space and time. By negotiating their methods, sharing affections and ideas, the artists open-up to new possibilities of engagement with space and their own works, thus, inviting the public to stop for a minute and acknowledge their own physical presence while walking around this unsettling arrangement of works proposed by the trio.