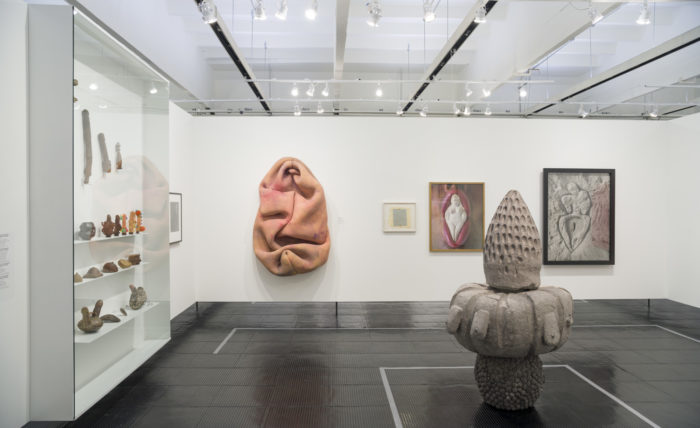 In October 2017, Histórias da sexualidade opened at the Museu de Arte de São Paulo (MASP), continuing with its program with decolonial and antipatriarchal axes. When doing a recap of the impact of the exhibition in the Brazilian context, the first aspect of the show that caught the attention of the local public was that viewers under the age of 18 were denied entrance. Given that no other public art exhibit in the country had ever restricted access based on age, this was a historically unprecedented event in the Brazilian exhibition circuit. The decision, made right before the opening in response to external pressure and in hopes of avoiding political and administrative confrontations with the ascending conservative wing of Brazilian society, was ultimately reversed and minor access was permitted but only in the company of a parent or guardian, in accordance with Ministry of Justice guidelines.

The museum’s decision generated a strong backlash from artists, and it was decisive in mobilizing members of civil society opposed to the loss of any rights. In response to censorship imposed on institutions and exhibitions across Brazil in 2017, a new wave of debates has emerged about the limits of art. The Brazilian constitution guarantees minors under the age of 18 access to shows and events, as long as they are accompanied by a parent or guardian. The Statute of the Child and Adolescent establishes that the State must classify ‘public entertainment and televised programs’ and not museums. This unusual situation of arbitrary and ambiguous self-censorship surprised everyone; perhaps it will continue to reverberate, here and now, somewhat displaced but fully recognizable, as its nature and content are made explicit in a review for a Latin American art magazine.

During this period, we also saw artists and curators in various regions and domestic spheres called to testify in proceedings and lawsuits brought against them by the Public Prosecutor’s Office. The MASP’s strategy to create a resistance advertising campaign as a defense against possible attacks on artistic freedom attracted, no doubt, a sizable following. On the opening night, many waited in the city’s financial district along Avenida Paulista to see the exhibit in the museum’s cavernous structure (a formidable example of Lina Bo Bardi’s architecture). 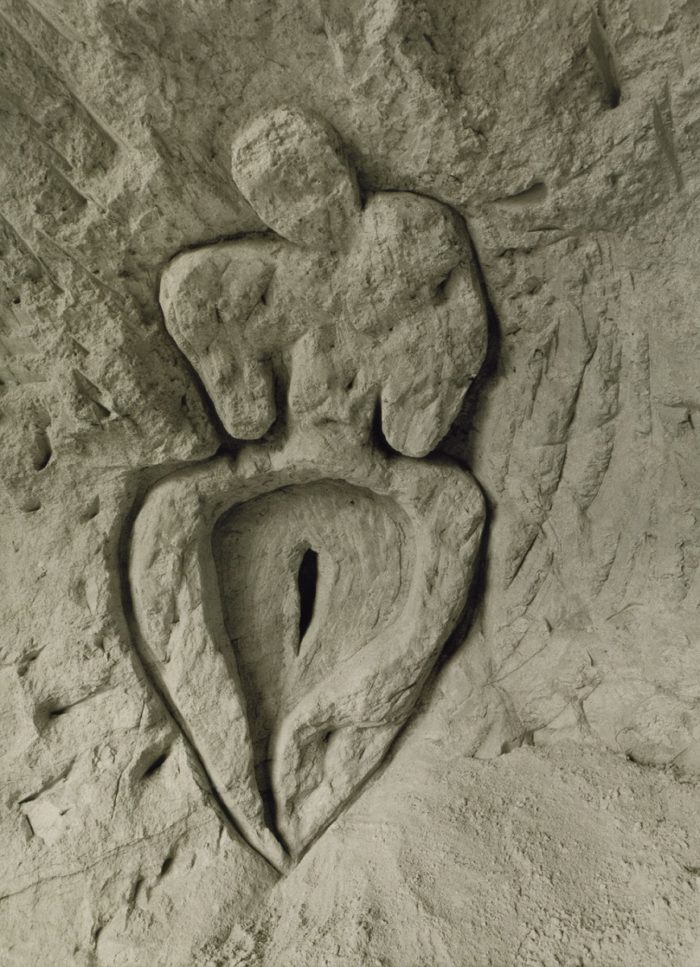 Histórias da sexualidade, which closed on February 14, brought together more than 300 works by 130 artists. Eschewing chronological order, the exhibition organized the works into nine thematic categories: Nude Bodies, Totemisms, Religiosities, Gender Performativities, Sex Games, Sex Markets, Languages, Voyeurisms, and Body Politics & Activisms. The show included paintings, drawings, sculptures, photographs, photocopies, videos, and publications and ranged in era and genre from Pre-Colombian to Naïve art, from religious to African art, and from modern to contemporary art. Starting with its title, which closely resembles the title of Michel Foucault’s 1976 work The History of Sexuality, the show brought together biography, fictional narratives, and stories that elucidate their political, economic, and social contexts.

Notably, many of the Latin American artists in the show had previously shown work in the 31st Sao Paulo Biennial, Como falar de coisas que não existem (2014), including Giuseppe Campuzano, Hudinilson Jr., María Galindo, Mujeres Creando, Nahum B. Zenil, Sergio Zevallos, Virgínia de Medeiros, and Yeguas del Apocalipsis. I mention this because it is worth insisting on a reflection on the importance of fracturing the heteropatriarchal narrative that underlies art history, which emerges every time we encounter an artistic object in a museum. It seems that until now, as the only plan to achieve such a fracture, it has been defined to continue exhibiting works related to themes of sexuality, gender and feminism within a dissident framework that is placed in counterpoint to the narrative to which it seeks to criticize. 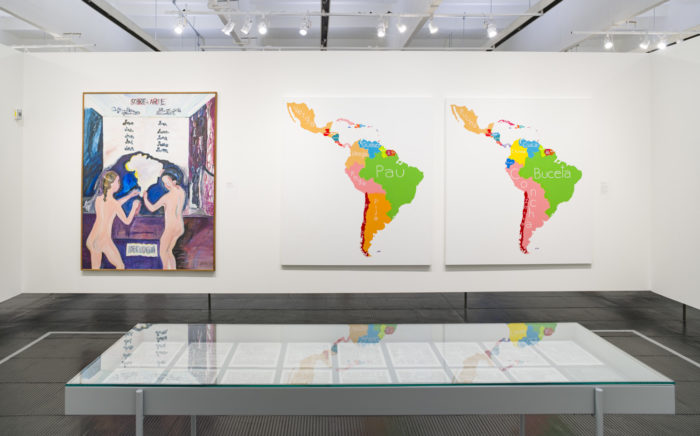 On the first-floor gallery, the largest in the museum, smaller rooms were built with walls covered with images that evoke corporality, but not necessarily invoking practice of individual sexuality or the collective imagination as a central goal of expression. With the warning that the exhibition was inappropriate for minors, the MASP lost the opportunity to show more hard-core sex-related works of art exploring perversions, fetishes, and dissident sexualities not represented elsewhere in the show. This is clearly due to the fact that the curation was based on works from the MASP’s permanent collection, which draws on a more universally accepted art history—Degas, Gauguin, Ingres, Manet, Picasso, Renoir—and thereby limits the radical possibilities of curatorial discourse.

Also excluded from the exhibition space and curatorial investigation are several emblematic, radical challenges to the status quo raised in independent and autonomous mutual aid cultural centers in São Paulo. One exception is the inclusion of the Rio de Janeiro-based artist Aleta Valente, with her curious documentation of abuse she faced on social media for posting affirmative selfies and messages related to abortion and menstruation. One is left with the feeling that there is no response from the other side; from a place of disagreement, from the margins, from the underground, from the street, from the periphery, or, from those included in the art scene. Like the return of syphilis, the urgency and severity of current affairs are not responded to adequately in the light of day. 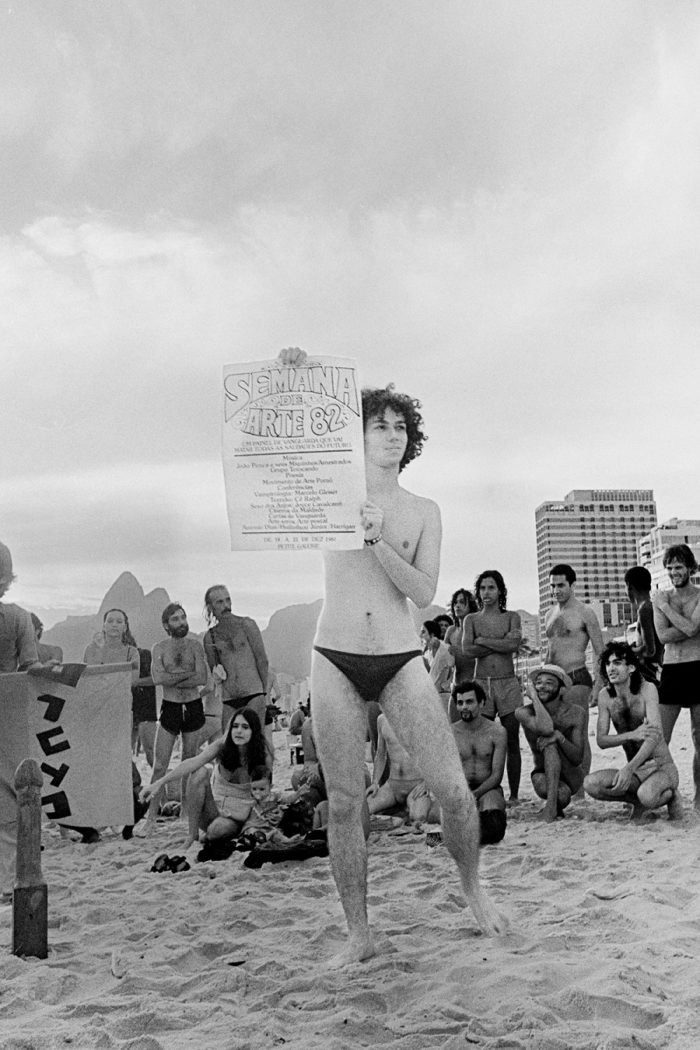 However, work from the 1970s and 1980s, decades when art was growing increasingly connected to activism and sociopolitical criticism, is highly visible in the show. Incredible works and documents were shown that illustrate a moment when art shifted rapidly from a culture of visual experimentation and liberated bodies to a painfully unstable and oppressive culture marked by the end of dictatorships, the rise of AIDS, and the early imposition of neoliberalism in Latin America. In Brazil’s current context, where conservative groups with evangelical roots are gaining power, the value and relevance of showing this work is immense and represents a call to action for bodies outside of the limits imposed by censorship. In relation to this, works and documents were included by ACT UP!, Alair Gomes, Ana Mendieta, Carlos Zéfiro, Carolee Schneeman, Eduardo Kac, General Idea, Glauco Mattoso, Grupo Ação Lésbica Feminista (GALF), Kohei Yoshiyu, Leonilson, Lynda Benglis, Márcia X, Miguel Ángel Rojas, Movimento de Arte Pornô, Rafael França, Robert Mapplethorpe, and Valie Export.

Histórias da sexualidade also included public programming in tandem with the show that sought to transform the exhibition into something more dynamic, involving the public with an exceptional series of film and video screenings, workshops, and conferences as a basis for research in schools and for teacher training. The exhibition was preceded by two international seminars (held in September 2016 and May 2017), during which many difficult questions related to feminism, desire, and eroticism were addressed during discussions between major contemporary thinkers. 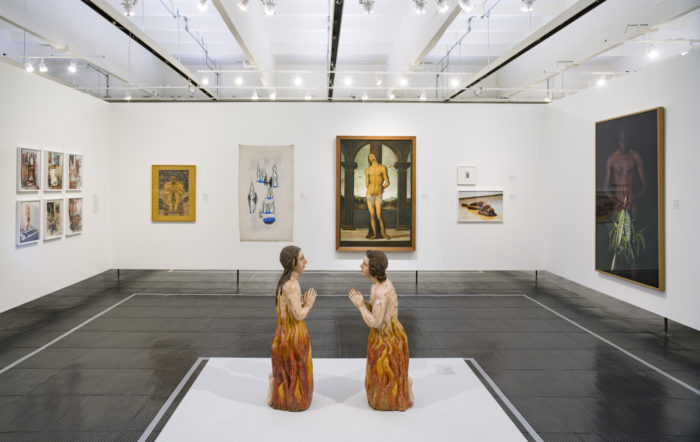 In the educational field, Brazil has been the site of intense debate with regard to gender identity, sexuality, and violence against women in recent years. However, research and dialogue on these issues was not carried out in the academy, nor by art critics or curators. Rather, the research completed during the two seminars was based on the experiences and geographies of sexuality and focused on collective life in cities, engaging with the intentions and visions of queer activism, feminisms, LGBTQI social movements, as well as sex work and gender performativity, as they relate to social and artistic practices.

The organization of the seminars held as part of Histórias da sexualidade not only dealt with predominant issues of the international scene, but also sought to stimulate other ideas and concepts for the permanence of a symbolic remnant in the local for the foundation of a firm ground for the coming years.