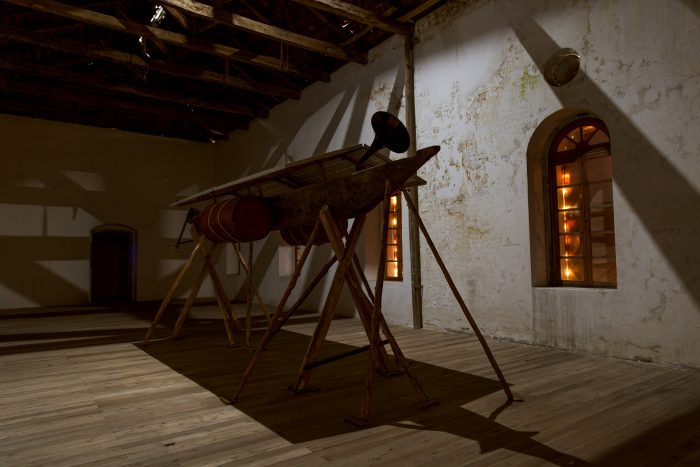 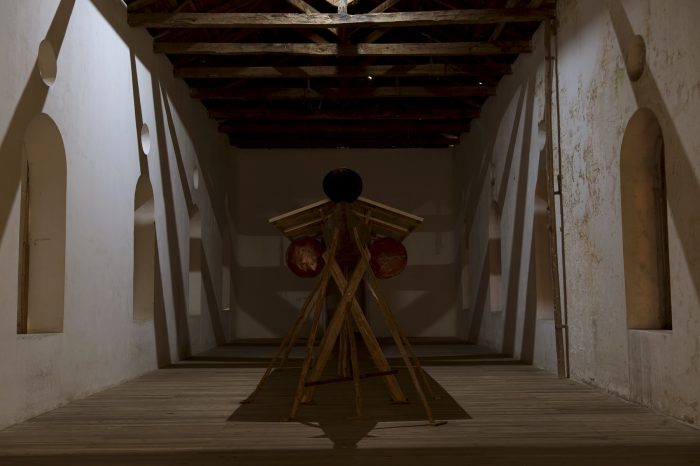 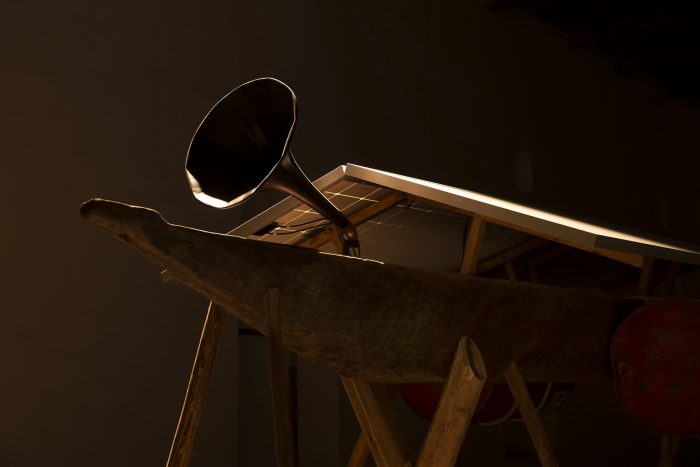 The extractive endeavors on Ecuadorian territory are the guiding principle of Balseca’s work. From the extraction of rubber in The Skin of Labour (2016), to petroleum and the first oil spill in Mar cerrado (2016), to the end of the petroleum boom and the development of the automotive industry in El Cóndor pasa (2015) and Medio camino (2014), the artist sheds light upon hybrid objects, revealing in this way the several anachronisms and invisible peripheries of the project of modernity of the Ecuadorian State.

Currently, the influence of human activity upon the Earth has become a major geological force, capable of irreversibly transforming the planetary ecosystem: we live now in the age of the Anthropocene. With Phantom Recorder (2018), Adrián Balseca—in collaboration with Kara Solar—questions the materiality of the world in this age. Balseca acts and gets involved as an artist to generate a symbology of these challenges on the Ecuadorian territory. This involvement happens in opposition to the modern order, which represents the world based on the “Great Division” (Latour 1991) between nature and culture.

The point of departure of Phantom Recorder is Werner Herzog’s film Fitzcarraldo (1982), which tells the story of Brian Sweeney Fitzgerald in the early 20th century. This businessman, a lover of music, aspires to make a fortune with rubber and dreams about building an opera house in the Amazon jungle. What catches Balseca’s attention in this excessive endeavor is the visually dislocated, out-of-place aesthetic of a gramophone on a boat that wanders through the jungle. Balseca removes the main character in Herzog’s film and reuses the gramophone’s technology in order to “listen to nature”. The boat records the sound of the forest, aware of both the human and the non-human. Phantom Recorder operates as a translating device for cosmic and material processes.

Balseca participates in the development of an ecology of sensation, making us aware that the conditions of our existence depend upon our relationship with the non-human and that we must urgently cease the ”war” based on “domination and appropriation” that Michel Serre exposes (1990). Through an artistic device, Balseca repairs our sensibility, our capacity of understanding how the ecosystem communicates.

In Phantom Recorder, Balseca joined efforts with Kara Solar’s project in order to construct a solar-powered vessel. Through this alliance, Balseca opens the way to a post-carbon art. It helps us get rid of the “phantasy of the Holocene” (Franke 2018); It allows us to see what an aesthetic regime and a creative process outside the bounds of an economic model based on fossil fuel extraction would look like.