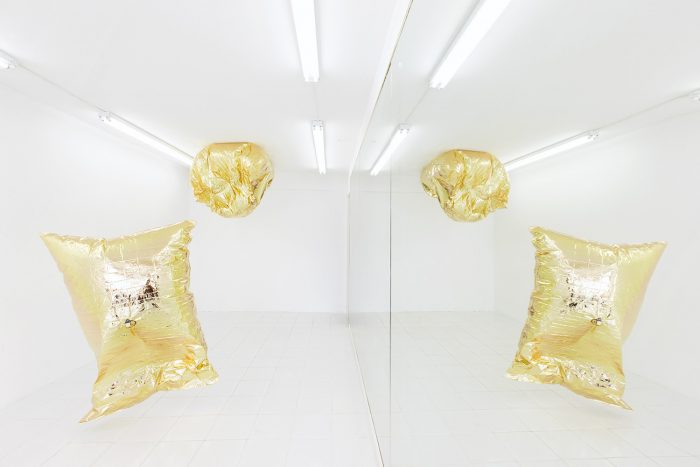 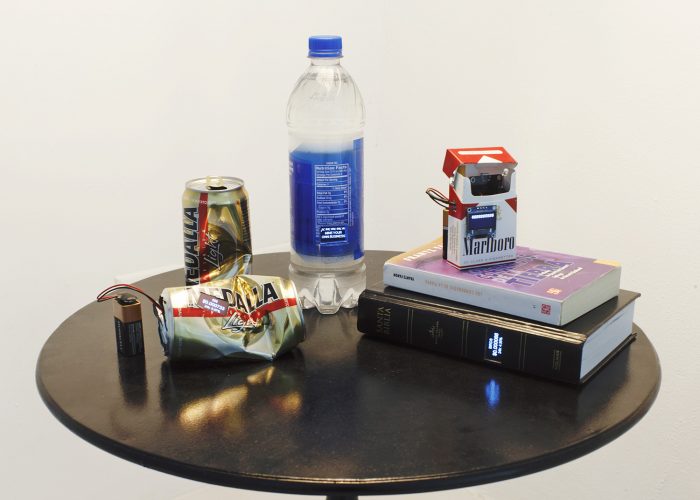 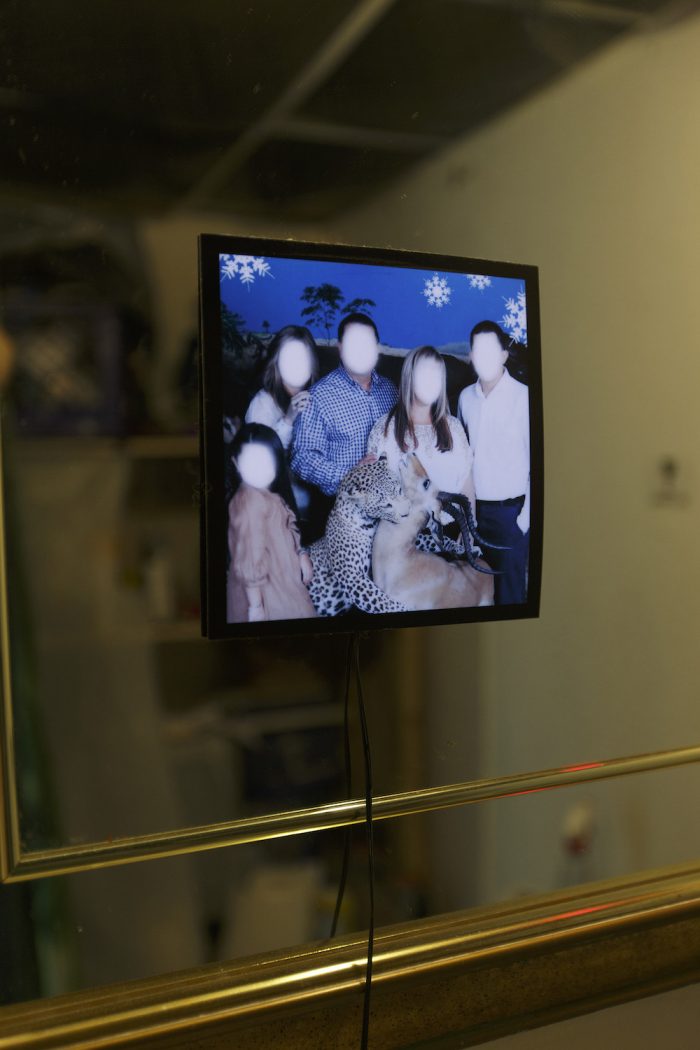 Symbolic Art for a Symbolic Country

This exhibition reveals slices of the experience of modern life, political archaeology, and the psycho-political landscape of Puerto Rico. FUF also explores the idea of a collective and transgressive search that calls into question structures of power and the means of production and exchange in a globalized society. Its purpose is to reexamine the system and diverse mechanisms of power. Through her work, Gabriella Torres Ferrer ponders how different methods of intellectual persuasion can generate a real impact on society, functioning as agents of change.

The exhibition is composed of a variety of sculptures and images, a website, and studies which explore the power and uses of new technology.

The sonic sculptural works of the series We Are All Under the Same Sky are created from sheets of lightweight emergency blankets shaped as clouds, which are inflated with helium. Each work is equipped with sensors detecting movement, producing sounds which originate from a file containing various recordings, such as distorted political speeches, with the intention of exploring alternate realities.

In Mine Your Own Business / Te coge el holandés, a modern still life is composed of household objects. Two of them mine for cryptocoins, while the other two show a true current reflection of the stock market, focusing on existing cryptocoins like Bitcoin or the controversial Monero, among others. This piece aims to present the most cost-efficient, but ironically least effective, way to produce cryptocoins while exposing the speculation associated with this type of currency. It is the product of a collaboration with the Dutch digital art group JODI.org.

Auditoría (Tótem) is made up of many legcuffs joined to each other that together simulate the form of a totem pole. The signatures of all the elected governors of Puerto Rico are displayed, along with the dates of their terms.

The online project Monumenta is a participatory web space dedicated to the contemporary anti-monument. It is a public archive of citizen action proposals and claims for justice which encourages us to not forget and rethink the idea of monuments, which traditionally have represented history as the state wishes us to remember it. This piece invites and urges us to join the project, submitting ideas through the web portal monumenta.co.

Finally, Gabriella presents four images of varying sizes from the series Untitled (Advertise Here), fabricated in LED flat panel light boxes. This series questions the landscape created by targeted ads in the virtual as well as the urban world.

Gabriella Torres-Ferrer was born in 1987 in Puerto Rico. She received her BA in architecture in 2012 from Polytechnic University of Puerto Rico. Her work has been selected for and featured in public art competitions nationwide, including Occupy Museum’s 2017 Debt Fair at the Whitney Museum of American Art (New York City). In 2013 she received a scholarship from Beta Local (San Juan) and has participated since in multiple international collectives, such as Basurama and Supersudaca.

#41: Some notes around images that I found and found me