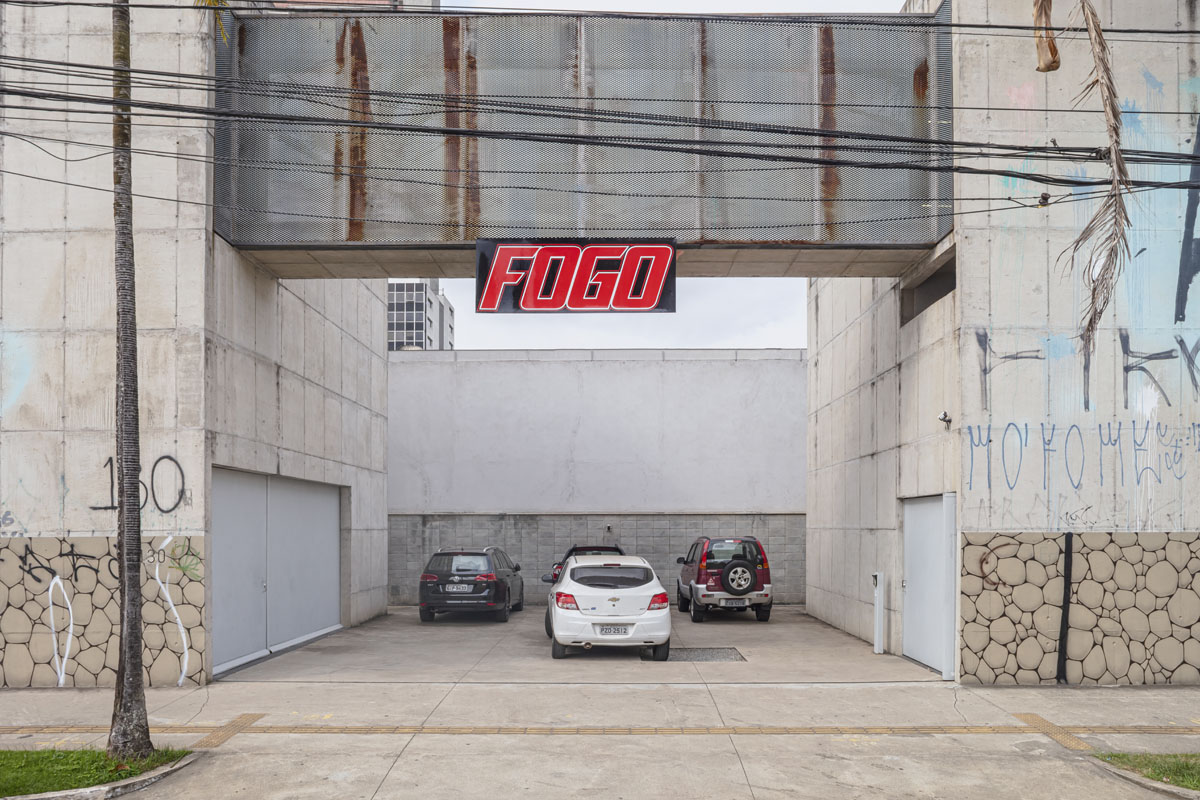 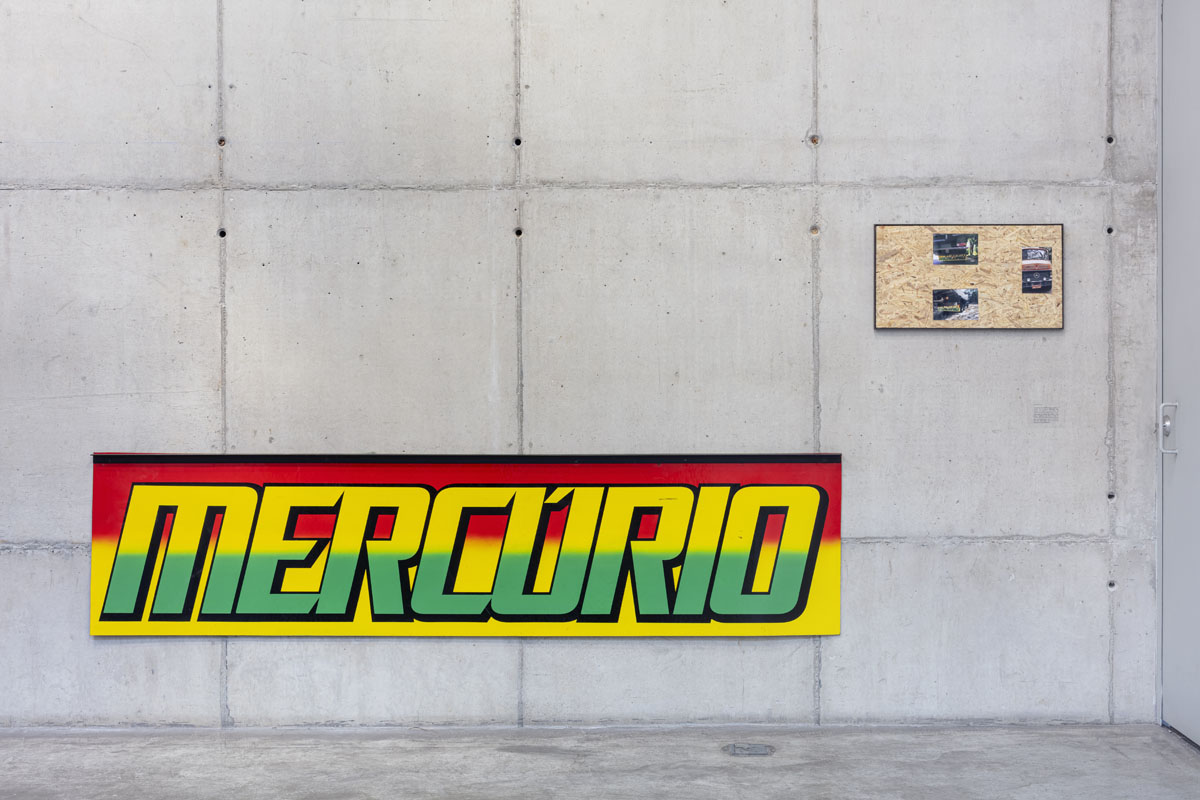 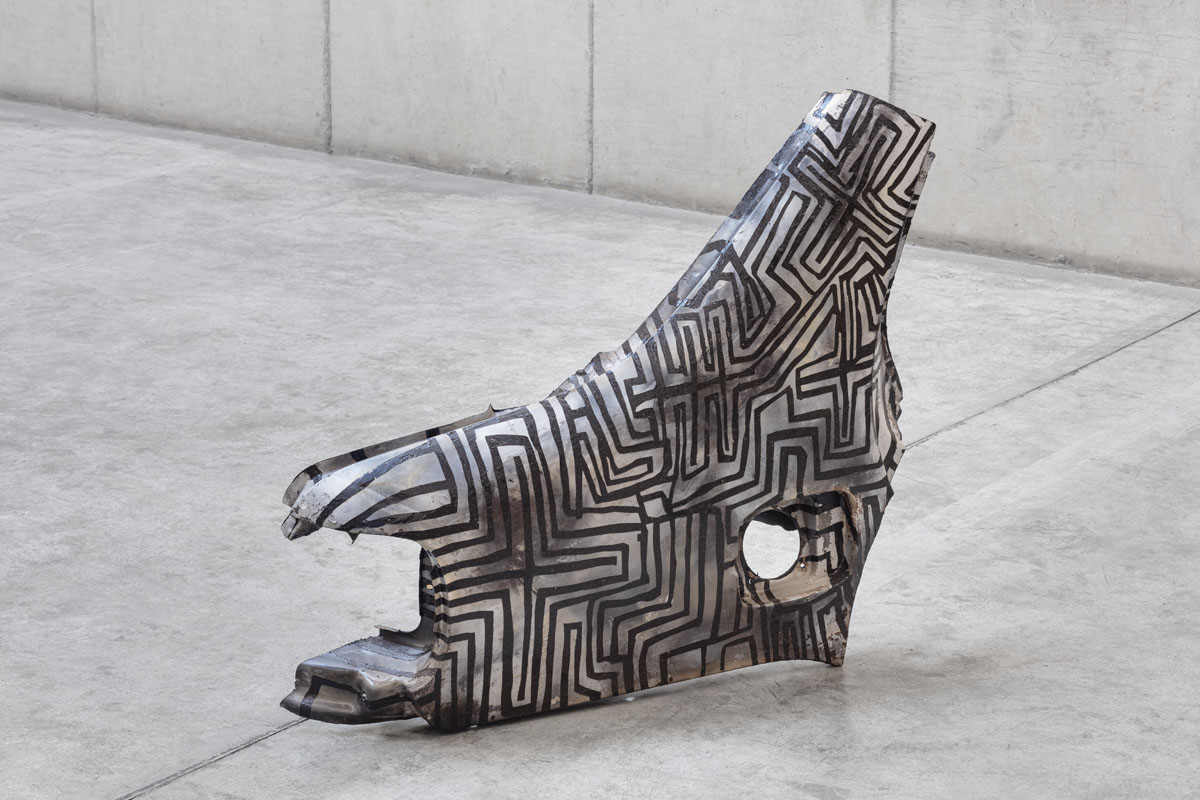 No-Man’s-Land, title of the solo exhibition by Frederico Filippi at Galeria Leme, enounces the territory it tries to capture. We could call it Brazil. But the use of a proper name gives an impression of accuracy and distinction, as if we were talking about a delimited, already established and agreed on unit: from Oiapoque to Chuí.

Chuí separated from Chuy by a flower bed dividing the same public road in two. Brazil Avenue, as people call it on the Uruguayan side. Or Uruguay Avenue, as they do on the Brazilian side.  A privileged spot—although only imagined by those, such as myself, who have never been there in person—to look at Filippi’s pieces. Because it makes you think about categories like coincidence, synchrony and encounter. And ponder on the small subtleties that set similar but definitely different things apart, such as the “i” and “y”, the Portuguese and Spanish languages. Geographical boundaries, almost by definition, at the same time, join and separate. Standing on that flower bed, one could think, the exploit of being and not being on Brazil (or Uruguay) Avenue. As if you could find yourself both inside and outside; as if it were possible, immersed in the Brazilian experience, to look at it from a distance.

That’s how certain images of Brazil appear in the pieces on display. In counterpoints, in movement, in relationship (however never absolutely). They materialize at a distance from one point to another, as an extension of ranged land, visual records of the roadside, destroyed landscapes that come apart, dissolve or collapse. As a merging between modernity and traditional ways of life, between urban environment and nature, between the explorers of the “Brazil of travelers” and the explorers of cheap labor and tax benefits in the global automobile industry.

The expression “no-man’s-land” originated in World War I, designating the area that separated the enemy trenches. It refers to a territory that is both unoccupied and disputed. And nowadays, to an area which is both abandoned and highly subjected to all sorts of predatory actions. “No-man’s-land” could mean, but it does not, that the land belongs to everyone, a common good for the community to enjoy and preserve. It is more associated, however, with a “dog eat dog” situation, with the absence of a State capable of mediating conflicts. Part of the imagination put in motion by the works presented here, in that category we find indigenous reserves, illegal mining, environmental protection areas, Mariana and Brumadinho after the rupture of the dams and also what will remain of the Pantanal with the fire that has lasted two months. The unproductive estates, the grabbed lands, the slums controlled by the drug trade and the empty properties which serve the speculation in the big cities. It’s all “no-man’s-land”.

The exhibition comprises three sets of pieces that, although independent, reference each other, complement each other and assign meaning to the whole. The starting point for Frederico Filippi to apprehend this escaping object—the lines of force that converge in this abstraction we call Brazil—is to turn to the landscape, the land occupation, the changes in the environment. The pieces also make known other layers—economics, sociability, collective memory—through a geography converted into forms, images and symbols.

Each painting is a collection of landscapes: small windows appearing as cutouts on a black background. Night panoramas, slopes, overflowing rivers, skies with clouds at sunset. Landscapes built on impermanence, on the verge of falling apart. Small paintings spread on the same support, such as photos placed on a table or on the page of a design software on a computer screen. They are still for now, but they may move after a while. Those paintings are born with the mediation of other means or devices: they come from newspaper pages or cell phone screens. Their indeterminacy and elusive character seem to come as much from the inaccuracies of Google Earth images as from the movement of a car on the road. Sometimes the blur of the camera shake is mistaken for the smoke of a fire in the forest, a landslide, a flood, a river of sludge suddenly overflowing into a plain and devastating everything in its path: natural accidents increasingly connected to inconsequential actions of man over nature. And that’s more or less where the work takes place, opening a glade on that black background made of rubber; tires; tar; road. The support adds another material to the painting besides the ink. It evokes the rubber boom and the struggle of rubber tappers, aggregating history and economic thinking to pictorial contemplation, besides joining Acre to Mato Grosso (yesterday’s rubber to today’s transgenic soybeans), cutting through Brazil, through the national roads, at full speed.

From the Seiva (“Sap”) series, other paintings, trapped in trucks, have literally crossed the country. Rubber tree – sap – latex – rubber – custom mud flaps. This sequence interlaces the pieces on display. The sap runs through the trees as trucks travel the roads, “open veins of Latin America.” The Seiva paintings are words-signs that bring natural elements: fire, gold and mercury. Made by a painter specializing in truck signs, they embody a facet of popular culture. They are large, thick, slightly inclined, strong-colored letters, either shaded or outlined in order to stand out visually and be read from a distance. Mercúrio (“Mercury”), living up to its reputation as a messenger, has traveled across São Paulo, Mato Grosso do Sul and Mato Grosso, there flowing into the Amazon. The primary means of mercury contamination in the Amazon is small-scale gold mining—in which it is used to purify precious metal. In that process, mercury contaminates rivers and spreads out, thus killing plants and animals and severely compromising the health of all the Amazon’s inhabitants.

Having left São Paulo, Ouro (“Gold”) crossed the State of Minas Gerais and arrived in Salvador. It has, in a way, retraced the same route as the colonial period. Gold that today still covers colonial churches, built at the time as the first European inscription in the Brazilian cultural symbolic field.

The painting Fogo (“Fire”), with its fiery red letters, was installed like a lameirão (custom mud flaps; a piece attached at the top but kept loose at the bottom, hanging more or less at the height of the wheels) in a commercial truck. The fire has left São Paulo and spread southwards, to the Argentine Patagonia, close to Tierra del Fuego. On the photograph taken by the truck driver at some point of the trip, the vehicle carried boxes with the word: “polar”. “Polar fire”, an involuntary verse, the result of the chance encounter between two signifiers. Where else has the painting been? Who has crossed paths with it along the way? How many involuntary verses, which we will never have access to, has it generated? Back at the gallery, this mud flap painting is out on display on the façade, also establishing a circuit along with other trucks that pass across there. The piece, thus exposed, seems to find its place: neither within nor without the art circuit, or, as we have referred before, inside and outside it at the same time.

The last piece in the exhibition, Carne de Caça (“Prey Meat”), also deals with fire. But not the living, red, active one. It brings a fire in the past, black soot arising after having extinguished the flames. Starting from a series of images showing tractors and bulldozers set alight in the forest, a common practice in disputes over territory, Filippi chooses fragments of various vehicles involved in car crashes. The pieces are burnt, and the artist uses asphalt to make on them a geometric design, with repeated—though irregular, since freehand—patterns. The drawings resemble, without imitating, an animal skin pattern; they suggest the texture of stretched leather, as if removed from the body of a slaughtered mammal.

The hunt, the traces of fire, the old carcasses scattered throughout the space. All of which lead to the ancestral way of life that, for thousands of years, reigned sovereign in the Brazilian territory. Cars and asphalt, however, are signs of modern, industrial life, afar from nature. The piece crosses those signifiers, exploring strategies such as camouflage, and discovering unlikely similarities between the thorax and the hood, between the joints and the sides of the fender, for instance.

Many images follow one another in the exhibition, and in the transit between them we expand the experience of what we took for granted (ah, Brazil …). Frederico Filippi works with polarities: the living and the dead, the past and the present, the organic and the industrial, nature and the built, what moves and what lurks. But in his work the two poles coexist, challenging. There is no room for appeasement; the invitation is to be constantly restless. As if one could only find meaning in those successive paths and alternating positions.