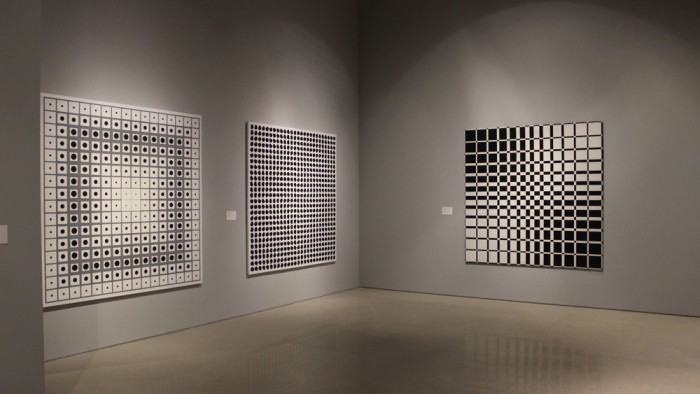 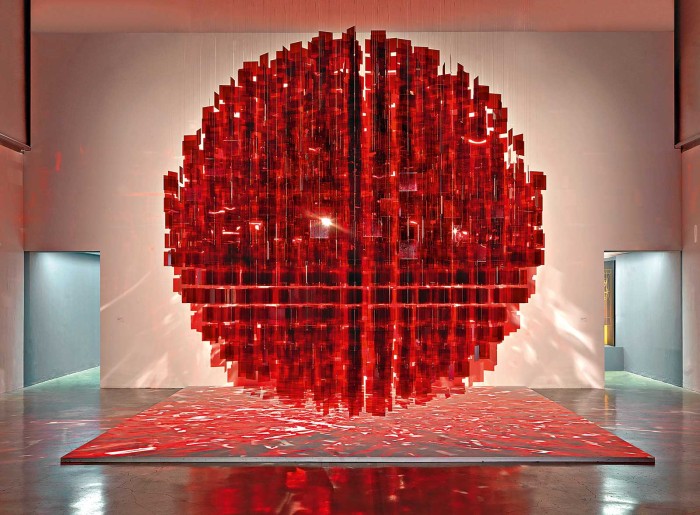 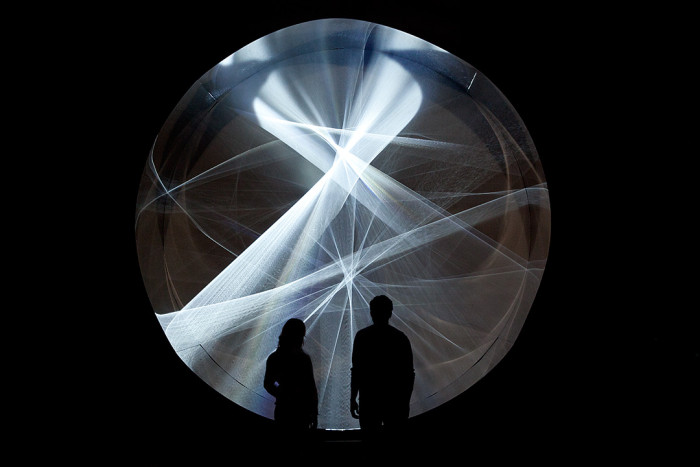 “Julio Le Parc’s investigations into ways of engaging and empowering the public have redefined and reinterpreted the experience of art,” says curator Estrellita B. Brodsky. “Driven by a solid utopian ethos, Le Parc continues to regard art as a social laboratory, capable of producing unpredictable situations and playfully engaging the viewer in new ways. His radical stance has only gained relevance over the past six decades.”

Born in 1928 in Mendoza, Argentina, Le Parc moved to Paris in 1958. In 1960, he became a founding member of the artist collective Groupe de Recherche d’Art Visuel (GRAV). Emphasizing the social power of unmediated, disorienting art objects and situations, Le Parc attempted to clear out structures and systems that separate the viewer from the work. His innovations in the fields of light, movement and perception were central to the Op and Kinetic art movements of the period, while his theories of immediacy and spectatorship as a vehicle for social and political change continued to inform the Parisian avant-garde from the 1960s on.

This spirit of art as an impetus for social empowerment moves throughout Form into Action, which divides PAMM’s two largest galleries into three thematic sections. The first, From Surface to Object, gathers early works on paper and paintings to show Le Parc’s use of color as a means of destabilizing the two-dimensional surface. On display are early 1958 two-dimensional serial ink and gouache on paper studies, as well as paintings from 1959 to the present. Also on view is the monumental The Long March, a suite of 10 vibrant paintings flowing around a specially designed rotunda display.

In the next section, Displacement; Contortions; Reliefs, Le Parc’s revolutionary labyrinthine installations are displayed for the first time in a U.S. institution. First shown as part of GRAV’s participation at the 1963 Paris Biennale, the sequence of three light-infused rooms offer the viewer a powerfully disorienting sensorial experience. Finally, Play & Politics of Participation dissolves the physical and ideological walls separating the viewer, the work of art and the institution. A precursor to the Relational Aesthetics movement, this period of Le Parc’s career considers how art can encourage a new awareness of one’s social space.

“Le Parc set out to ‘demystify art’ by removing barriers between the artwork and viewer,” says PAMM Director Franklin Sirmans. “It is fitting that this immersive exhibition takes place in a museum architecturally designed to blur the distinction between inside and out, where carefully placed windows allow for views of Biscayne Bay and Miami’s urban core to filter into the galleries.”

Form into Action is a retrospective survey of Le Parc’s wide-ranging practice, and an examination of his impact, both on his contemporaries within the Latin American and European Post-war avant-garde, and on subsequent generations of artists. Though historic in scope, the exhibition speaks powerfully to the present moment, demanding physical and perceptual presence from the viewer. Julio Le Parc: Form into Action introduces the artist to a new generation, allowing each museum guest to react to the work in a direct, personal manner.