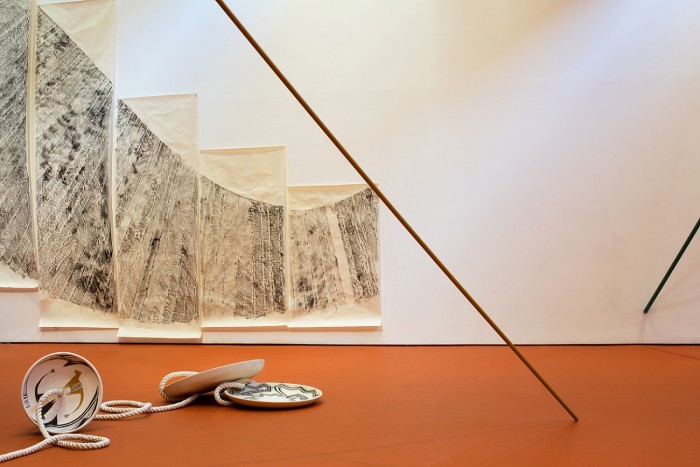 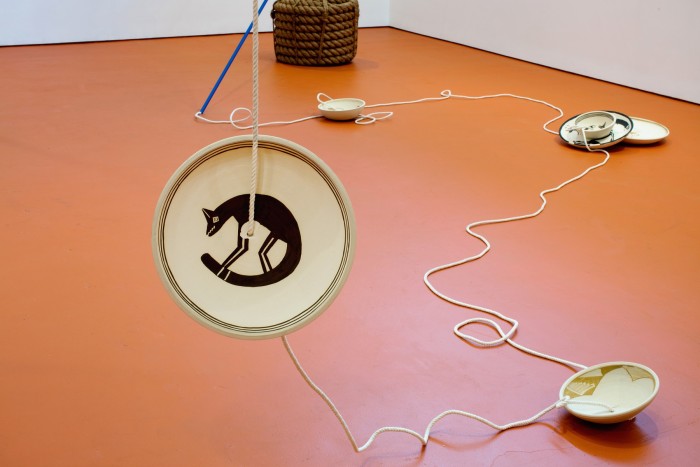 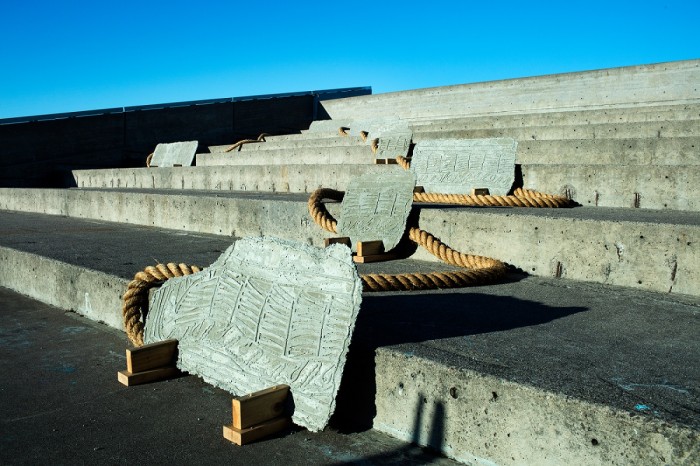 ​Berlin-based artist Mariana Castillo Deball (b. Mexico City, 1975) reveals gaps in the often unquestioned narratives of museology and archaeology in a new exhibition at San Francisco Art Institute’s (SFAI) Walter and McBean Galleries this spring. The installation brings together new work by Deball inspired by the archaeological archives of the Fine Arts Museums of San Francisco (FAMSF) and the chance-­driven visual art of composer John Cage.

Deball is developing this exhibition while in San Francisco for five weeks as the artist­-in-­residence of the SFAI + Kadist Fellowship, an annual partnership inaugurated to support artist­curated projects as well as young curators in the transition between graduate education and a professional career. Deball is being assisted by recent SFAI graduate and Fellow Christopher Squier (MFA 2015).

Deball is well known for her explorations of the role that objects play in our understanding of identity and history. The neglected objects of the archive —fragments, plaster casts, false or dubious ephemera, and even forgeries—comprise the heart of her installations. Working with conservators, museum professionals, and archaeologists in the fields of Mayan and pre-Columbian artifacts, Deball follows the narratives of archaeology beyond the artifacts themselves to reveal the convoluted timeline of culture and the complexities of material history. Deball’s work connects the gaps of known history with chance discoveries to imagine archaeological narratives that embrace randomness, speculation, and a love of mystery.

For this exhibition, Deball is creating rubbings, sculpture, and pottery as a set of studies on the sometimes haphazard dispersal, recombination, and interpretation of artifacts over time. A series of sculptures reflect on the history of the excavation, mysterious removal, and dissemination of the Teotihuacan murals. Existing fragments from this site are often illegible and sometimes too small to contribute useful information, but nevertheless dutifully archived. Deball’s sculptures play with this ambiguity of the existing mural fragments, recombining their geometry, color, and linear representation in new ways. These alterations recall the processes of fragmentation and decay from looting, weather, and natural damage which riddle the archaeological field with voids of information.

In addition, Deball is producing a series of ceramic pieces that bring attention to the principal of “kill holes” in Mimbres pottery, perforations created at the end of a pot’s utilitarian life to enter into ritual, funereal use. These were often “repaired” by early collectors or made more perfectly round by others, complicating the study of these artifacts.

She is also making a set of rubbings of architectural elements based on the transfer technique of Merle Greene Robertson, a pioneering San Francisco archaeologist who worked throughout the Maya region to capture images of stone reliefs. These rubbings captured images from pieces that often were later destroyed, but inevitably redefined their dimensionality and objecthood by transferring them to paper.

Threaded around and through all of the works in the gallery, Deball has created a continuous path of intersecting rope and cylinders.

For Feathered Changes, Serpent Disappearances, Deball’s artifact interventions also take inspiration from John Cage’s philosophy of chance. From 1951 onward, Cage turned to the I Ching as an art-making oracle, allowing it to generate randomized compositions in his stead. He applied this same technique to the etchings he was invited to produce at Crown Point Press in San Francisco from 1978 until his death. Deball includes Cage’s etching Changes and Disappearances #27 (1979-1982) in the exhibition alongside the print’s original score and maps, applying Cage’s randomized process to the manufacture and placement of the works within the exhibition.

“Can we read an archaeological site through chance operations?” asks Deball. “Probably a different idea of time would evolve from this methodology. This project is about the confrontation of opposites. On one hand, there is an attempt to record traces from the past in order to build up a coherent picture. On the other, we have a more schizophrenic way of dealing with memory, acknowledging ghosts, double visions, and multiple versions of history.”

“Mariana Castillo Deball’s practice has earned wide international acclaim for staging new and critical intersections of archaeology, cultural history, and artistic production,” says Hesse McGraw, Vice President for Exhibitions and Public Programs, SFAI. “We are honored to have her inaugurate our partnership with Kadist Art Foundation that establishes a unique platform to extend the education and public engagement missions of our institutions.”

Courtesy of the artist and San Francisco Art Institute