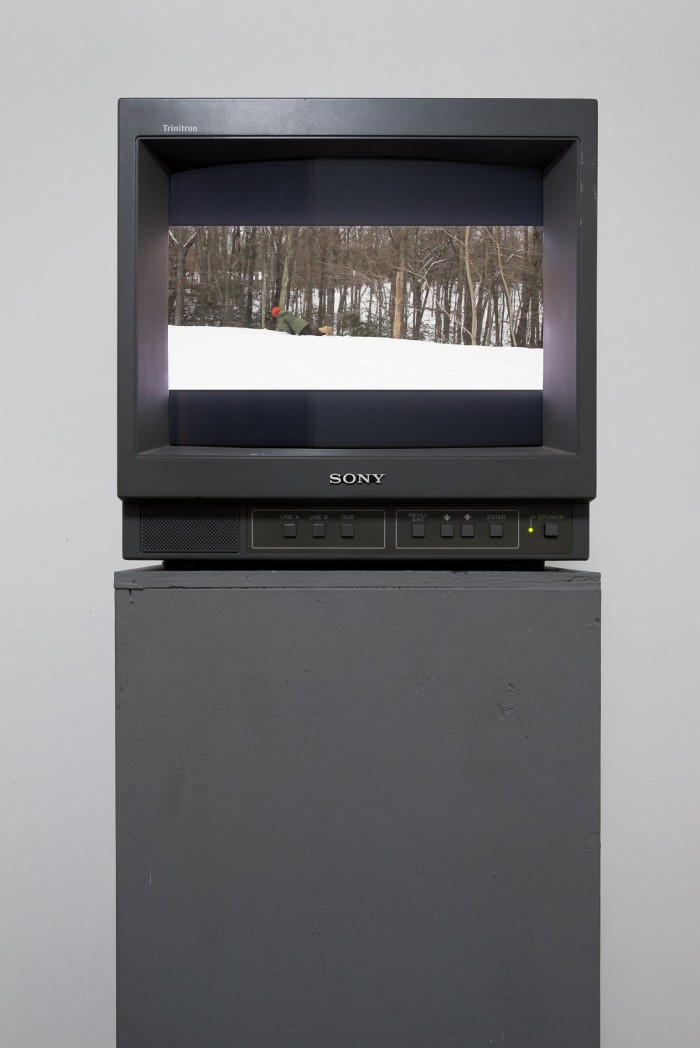 First as tragedy, then as farce. The pan is a moral choice.
– Spencer Holden

Holden’s Epic 1-6 (2015), propose the camera as a moral instrument. Each video is shot during winter at a different outdoor location near the artist’s home in New York. Holden enters the frame walking either across, into, or away from the camera, always collapsing mid-way through. He moves through the frame at varying distances and speeds, sometimes so far away from the camera that his identity is unclear. Invariably it is cold, much of the time snowing. With the artist lying flat in the snow the camera pans away slowly until he is off-screen, revealing more of the landscape and thus resetting the frame.