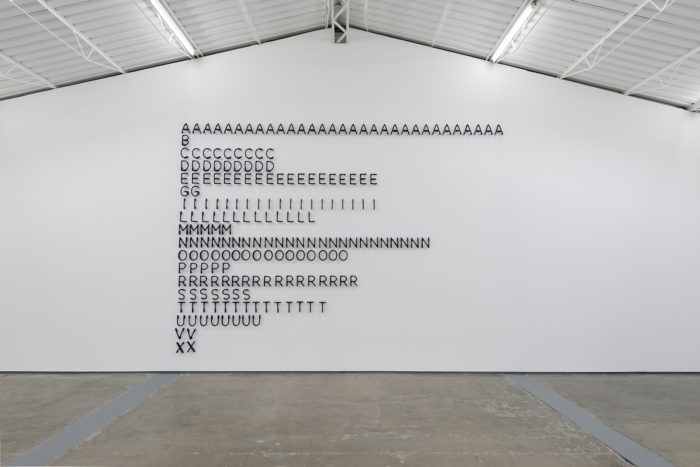 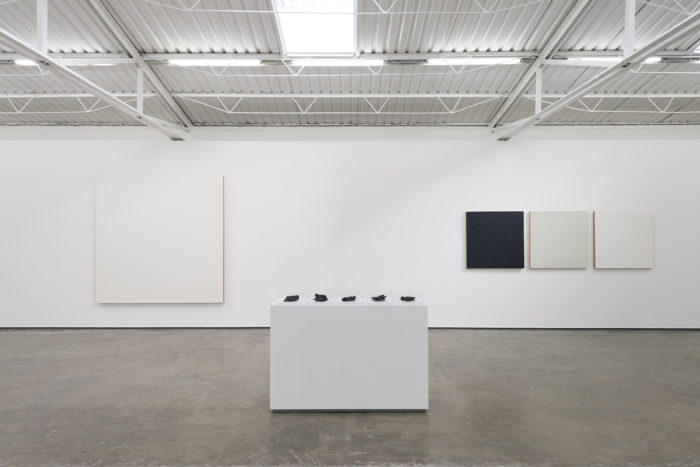 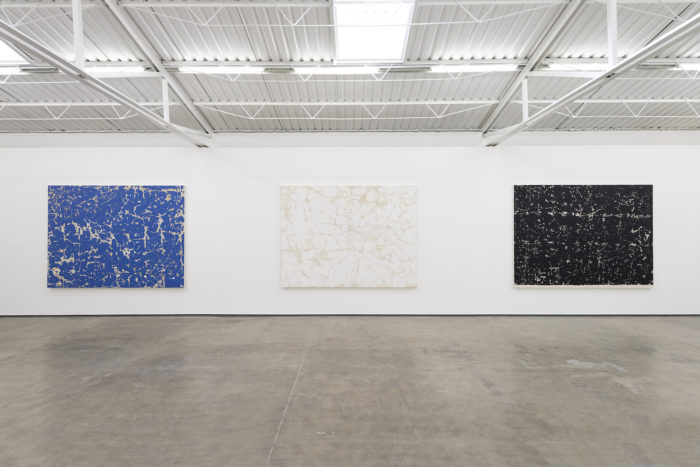 The law of conservation of energy, known as the first law of thermodynamics, states that the change in the internal energy of a system is equal to the sum of the heat added to the system and the work done on it. Simply put, energy can be neither created nor destroyed. It can be only transformed.

Through appropriation of discarded everyday objects that appear to have concluded their use value, Gabriel de la Mora’s works can be considered something akin to “assisted ready-mades”. The metamorphosis of scraps like eggshells or Neon paper to Art that takes place through the processes of re-contextualization bears testament to the power of the artist as an agent of transformation. It is in the first law of thermodynamics that De la Mora finds inspiration for his practice; likening thermodynamic energy with the metaphysical energy imbued in his materials and the aura of the art object. Neither agent of creation nor of destruction, De la Mora is an artist of transmutation.

As much as he challenges conventions of what an artist is or does, De la Mora’s works test traditional categorization of visual art. Not quite sculpture, nor drawing or painting, not text nor monochrome, not ephemeral or permanent, they somehow are all of these things and none at all. In resistance to taxonomy, they arrange themselves between formalism and conceptualism.

Time and process, or time-as-process, is critical to the material metamorphoses in De la Mora’s work. His strictly formalist aesthetics deny lyrical distraction to hold focus on the staggering consumption and control of time inherent to his production. There are meditative-like processes as seen in hundreds of thousands of individually accounted and affixed eggshells pieced together over five years in the series CaCO3, or works in the Plafones series that are dependent on the passage of more than one hundred years to suffuse the material with dust, heat, and humidity—registering time as information. The series Papeles quemados required a decade of chance-driven burning of thousands of sheets of paper and was completed only when a forty-third incinerated sheet fortuitously petrified into rigid carbon rather than flaming-out into ash, representing the total number of pages of De la Mora’s Master thesis. The time dedicated to process, the chance and the failure therein of each attempt is itself the work of art. The intention and dedication to carve brittle volcanic glass letters in the Obsidiana series represents the works fruition as much as the perfect finished letters.

In exposing his works to chance and in highlighting the information registered in the materials through the passage of time he leaves room for the works to continue to evolve. It is useful here to return to thermodynamics, which defines entropy as the unavailable energy in a closed system, which is also considered a measurement of the system’s disorder; or to a general process of degradation of energy and matter trending toward uniformity in the universe.

The moment in which these works are experienced could be considered a point in which the continuum of the viewer’s life intersects with the continuum of life of the material of the work. This moment of encounter is one in which the information recorded in each object as part of their material degradation, collides with the viewers’ embodied experience and subjectivity so that one information set expands upon the other. De la Mora’s reframing of discarded materials presents an awareness of the relative effects of time on humans and objects. By highlighting the entropic transformation in each series, a suggestion of a conception of time as register of information and as a space navigable in infinite directions comes forward.