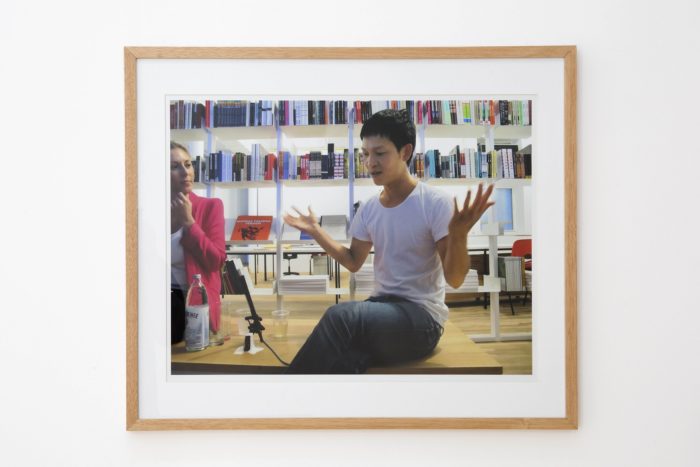 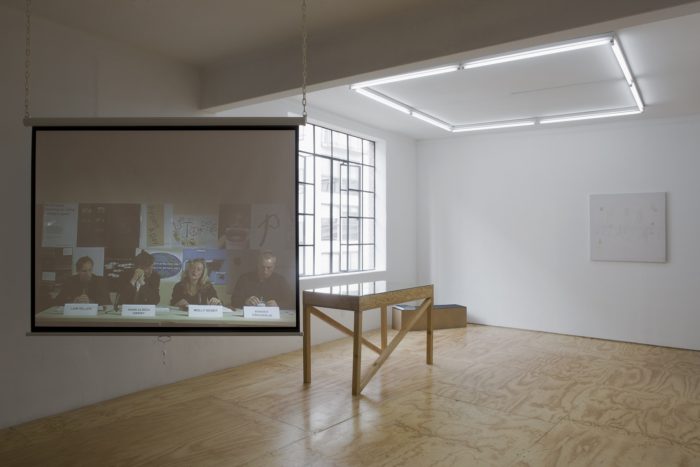 The title of the exhibition was formed in miscommunication between Noah Barker and curator Mark Beasley. Beasley suggested that one (curator/artist) is in a perpetual on-call mode, ceding to the demands of an art super structure. Failure to decipher his British accent revealed an unconscious stage on which external demand for presence is met and exceeded alongside the context of exhibition.

We know these seemingly peripheral zones of discourse and sociality as fundamental to a critical understanding of current art production. They amount to a socially necessary hangout time of endless talk: the shared condition of our ‘conextionist’ world more generally.

This exhibition’s interest in the discursive situation is its tendency to extend beyond discrete modes of production into a networked sequence of interlacing moments. Whether speaking or receiving, a subject draws from and shifts an existing set of concepts already in mind. Structurally accommodated are divergent virtuoso producers. Their sustenance is the event of speech, constituting them as a subject within a system that demands it.

Consider the image on exhibition poster: immersed in a discursive situation at the turn of the millennium, Rainer Ganahl sits before Rem Koolhaas and Cornel West at the MoMA. Not merely documenting an event, out of frame the artist as audience synthesizes the perlocutionary effects of two speakers. The mind reshuffles. Activated is what Falke Pisano, in Figures of Speech 1, terms the I-Machine, “a singularity […] a proper name […] given to the changing forms of an artist’s agency within a practice.” The I-Machine does not represent or “stand outside of development, but is instead always prior to it.”

The works presented in encore mode are siphonings from such moments of renewal in a milieu of perennial beside-ness. Included are texts, read or acted in the ‘screening program’, artifacts and documents signifying social relations (of production), and conversations occurring in and out of the gallery.