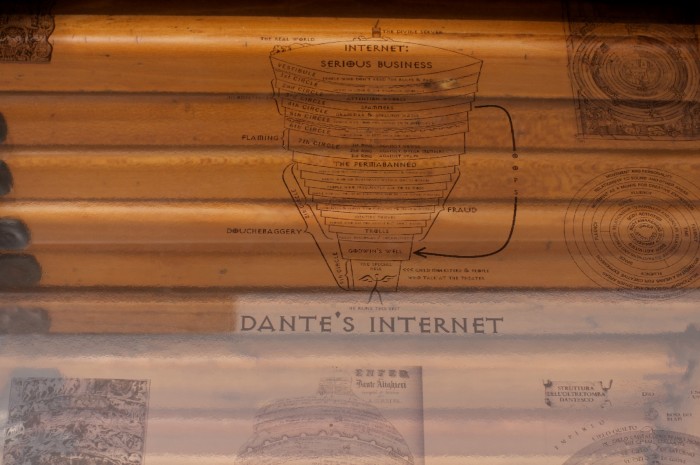 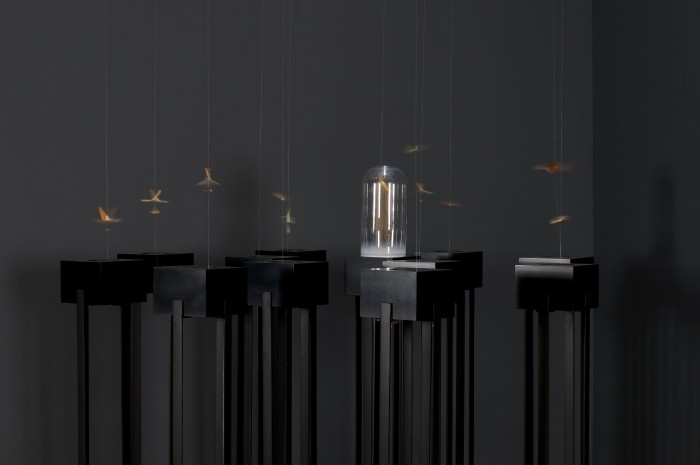 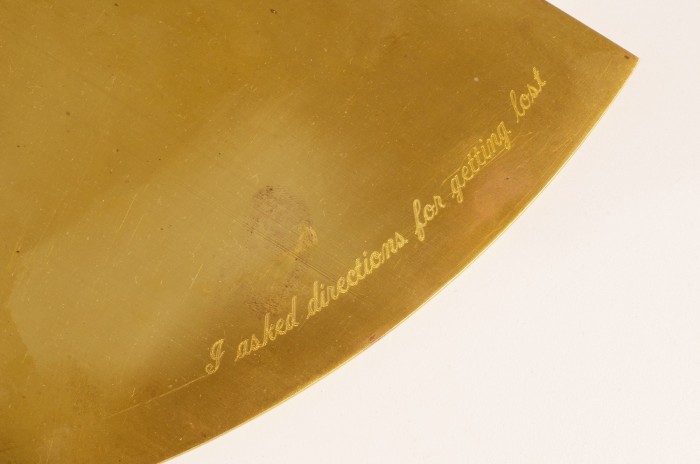 The title of this exhibition [The World Was Flat, Now It’s Round and It Will Be A Hologram] announces a voyage through time, a seemingly chronological history of major transformations of time and space. This history seems to be linear, but it is so only in appearance. The title names the evidence that time and space mutate as consciousness mutates.

The sailors who sailed with Christopher Columbus were afraid of the abyss at the edge of the Earth and of the monstrous creatures they expected to find there. Taking our point of departure in this image, we may consider that for at least 1,500 years prior to this voyage, experiments, such as those conducted by Eratosthenes in 200 BC, had successfully proved the roundness of the Earth. But nevertheless, to Columbus’ men the world was still flat.

Our world today is made up of three dimensions, which places us firmly on a globe. This is the state of mind of our contemporary civilization, even if higher dimensions are comprehended in mathematics and physics; and even if the collapse of space-time –as we understand it– has found a scientific expression in the field of quantum mechanics.

How does an idea take shape over time? How does the emergence of a technology –a means of transport, a means of navigation, a means of recording, for example– durably modify our consciousness and our relationship to space and time?

The exhibition presents a group of contemporary artists whose works open perspectives on these fundamental problems. The passage from a flat to a round world, and beyond, is marked by shifts in consciousness. This is the thread of the exhibition –which is laid out like a journey– where instruments of man play a major role.

Seduction of a Cyborg