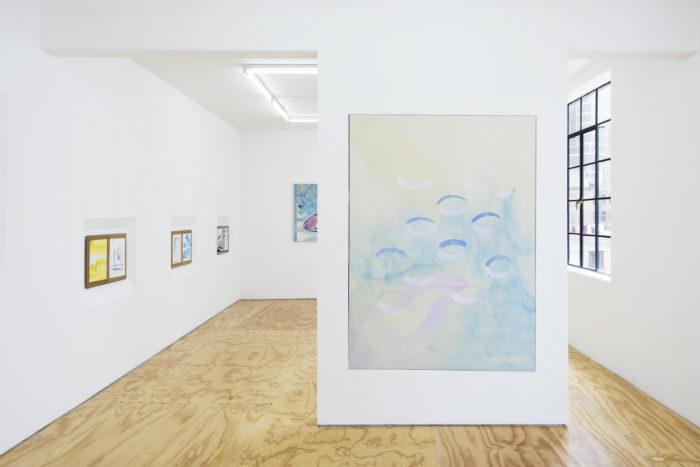 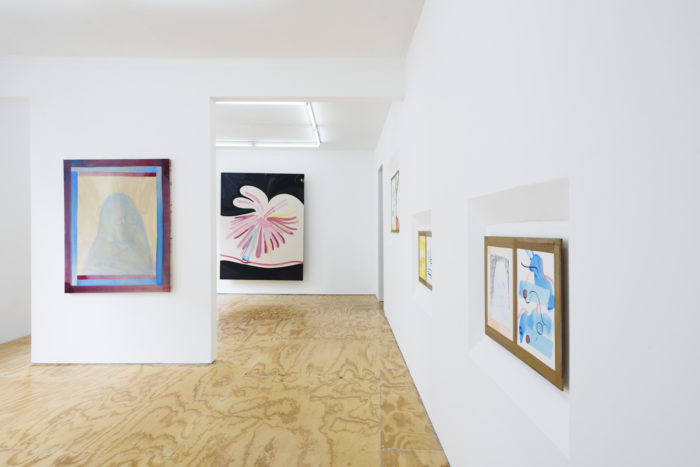 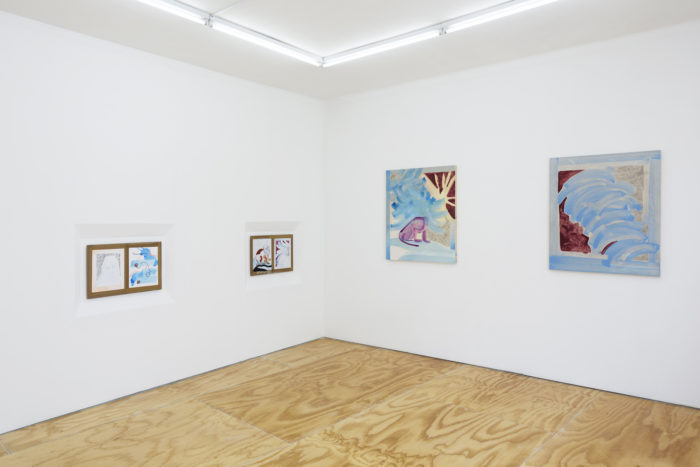 In the studio of Elsa-Louise Manceaux (Paris, 1985), three sheets in the form of notes with images taken from the Internet, give a clue to her research. Without following any hierarchy or chronology, canonical representations of the history of art appear on the same plane, such as paintings by Caspar David Friedrich, Paul Cézanne, Nicolas Poussin or Paul Rubens, old engravings with representations of Gutenberg’s printing press, old photographs with scenes of the Industrial Revolution, along with more mundane images such as mountains or paradisiacal beaches that come as wallpaper on many computers. In each group written in pencil, you read: ‘gaze and landscape’, ‘technology and progress’ and finally, ‘imaginary’.

In these graphic notes on the “imaginary”, there are images of Don Quixote or Gargantua illustrated by Honoré Daumier, a proto-animation by Rodolphe Töpffer and one of the medieval illuminations by Hildegard von Bingen. The latter, together with the imaginary of the Middle Ages, will be an important influence in the works of Manceaux, so much for the representation of different scenes in a single work, as it happens in many manuscripts and altarpieces; as for the mystical idea of enlightenment and the representation of this phenomenon, which is part of the artist’s questions about how to represent what is intangible or simply out of our sight – when the physical quality of existing objects and subjects has become data and moments of connection.

If being illuminated in the Middle Ages corresponded to receiving divine knowledge through light, which was the representation of the sacred, now is the light from a screen allowing us to access information. Enlightenment is a moment of transformation, characteristics shared by desillumination, defined by the artist as ” turning off something in order to turn on (to) something else”. However, the difference between these two terms is that in the action of desilluminating the subject is no longer just a passive receiver of the message, but a subject with a will to action. It no longer expects knowledge or transformation, it seeks them.

This act of desillumination  is what leads Manceaux to reflect on how to produce images from the pictorial, to rethink the relationship between the transmitter and the receiver, between the distant and the near, the temporality and the movement, through the nexus between the gaze and the landscape, that of technology and progress; and how to capture those instants of metamorphosis.

Therefore the works present in Desilluminations are also charged with a sense of transiency: between the background and the figure, between the graphic and the stain, the color, and the luminosity. This sense of passage is expressed both in the use of color that seems to fade or dissolve, as in the characters that inhabit it, which seem to be in a moment of evolution or mutation.

The depth is not only worked in the different layers of the works, but it is expanded to the disposition of these in the space, where the pieces float inside niches or on the wall, entering and leaving the wall as if they wanted to expand and push one another, playing with the idea that the wall is part of its support. Thus, the paintings are inside and on the wall as if this were a large screen on which different windows appear. But they also remember the religious altarpieces, where each niche presents a sculpture or painting, which contains a story and all together make up a larger narrative.

While each piece can be read individually, the exhibition seeks to read several images simultaneously, as if it were a visual polyphony, where each work communicates and affects others.

Desilluminations is a word that has just emerged, it is not in any dictionary, nor in any search engine, but it is looking to build its own image. This neologism proposes a field of action, of demystification of the vision and the creation of an imaginary of its own, in a time of over information.

Pancha, the Colorful Bird and the Shining Snake