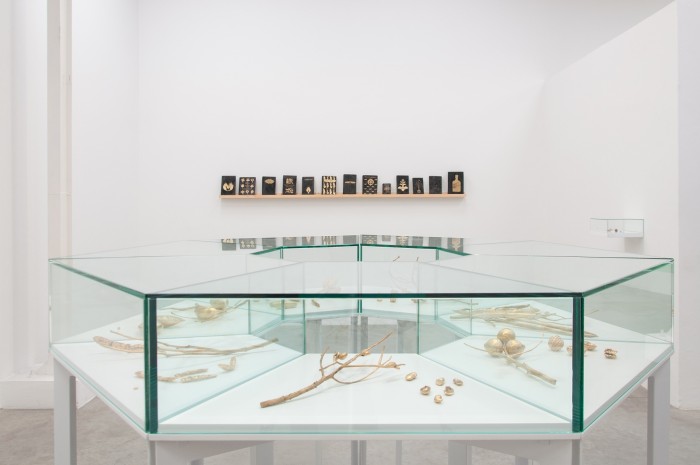 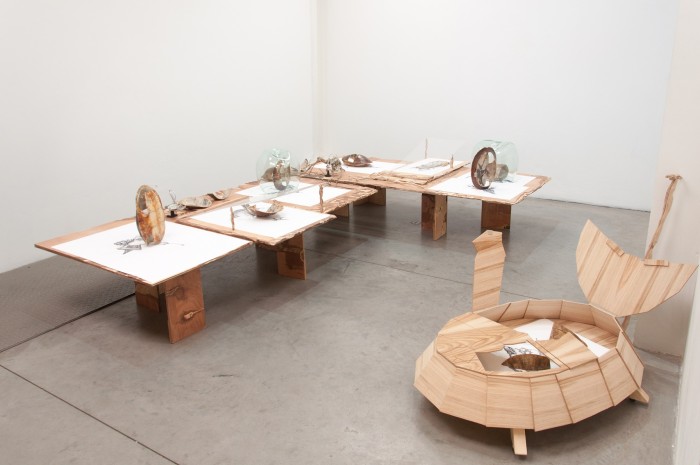 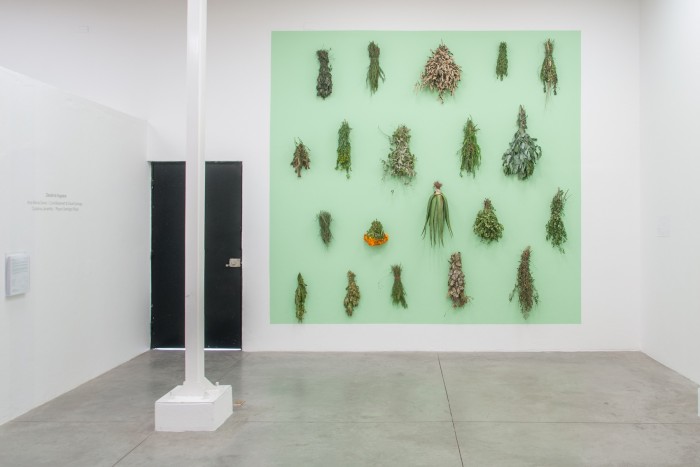 Desde la hoguera is a sample that raises four views related to rites, magic and mysticism.

Since the Middle Ages, the figure of the witches’ sabbath has existed —a spiritual ceremony condemned by society as well as the whole diversity of rituals. It has been understood as demonic simply for not fitting into Christian margins.

The exhibition thinks beyond the connotations pagan spirituality upholds, without wickedness, but the opposite. Presented in this way, proposals are intimate and personal rituals.

Ana Maria Devis’s drawings, delivered almost in a mystical way, display tortoise shells, next to reflections on sacred plants in Reyes Santiago Rojas’s works, and those of the Mazenett-Quiroga Collective, who have made works on grasses, seeds, and food of the original cultures from our territories.

Catalina Jaramillo Quijano meanwhile reminds us of the witches’ hunt and the Inquisition, with works inspired by books of magic, (understood to be black and superstitious) recreated through her drawings made with fire —based on historical files taken to the bonfire.

With no intention of defining ethical or moral questions about the good and evil, the sample seeks to be opened for the diversity of rituals that nowadays serve our communities. In a world of chaos, why not to go to plants, seeds, fire, and stars to make it more bearable?

Everybody! Come stand on the altar!