Proyector presents “Corpo sua autobiografia” by Renata Carvalho, a documentary where she tells us about the historicity/transcestrality of her body as well as the structural transphobia, pointing to the social, media, criminal, sexual, and pathological construction of the corporeity and travesti identity. 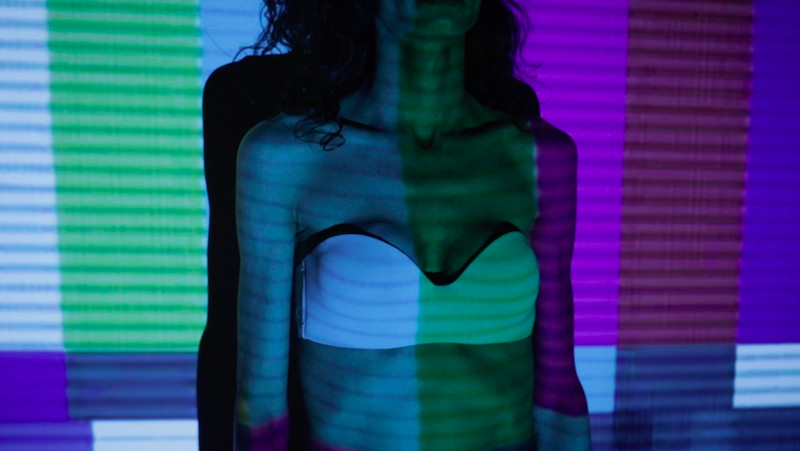 2020, HD video, 41:17
Video available until May 20
More information on Renata’s work at her Inst*gram profile.

Corpo sua autobiografia [Body Your Autobiography] is a documentary that shows a body in social and family isolation where the distance is not caused by the Coronavirus but by being a travesti. Renata Carvalho is a character of herself; her voice tells us the historicity/transcestrality of her body and the structural transphobia, pointing to the social, media, criminal, sexualized, and pathological construction of travesti’s corporeality and identity. The film discusses the construction of the common sense imaginary of what it means to be a travesti. Where art and artists were also responsible for the construction of this imagery, with their addicted, stereotyped, disparaging, and recreational narratives with the practice of Trans Fake (cisgender actors who play trans people), and how this practice affects travesti bodies in day-to-day and in all social spheres.

Throughout the video, Renata unfolds her autobiography by questioning the cis-sexist world that violates and limits the lives of travestis at the same time that she assists in the naturalization of the body in relation to genitalization of gender. What do cisgender bodies have to learn from these experiences? As Renata mentions in an interview for Casa 1: “When we speak of travestis, we speak of corporeality, the end of [Western] philosophy to designate the way in which the brain recognizes and uses the body as a tool for relating to the world. Thereon, when speaking of corporeality, there is colonization, neocolonialism, liberalism, neoliberalism, capitalism. It is about what bodies are valid and which are not. ”

As part of her monologue, Renata integrates variations of her Manifesto Transpofágico [Transpophagic Manifesto], a declaration of life about the birth of the travesti bodies, showing the social construction and the criminalization that permeates them, from the imaginary to the concrete. In Renata’s words: “The transpofagia is a trans anthropophagy. As a transpologist, I am a travesti who studies the trans body. When I say that to be able to tell my story I needed to know it, I mean that I ate my history, I ate my transcestrality. I fed of it to digest it, to understand it. I brought this gesture from the Anthropophagic Manifestation and the Communist Manifestation, of all the manifestations we have in art. [The Transpophagic Manifesto] is a travesti that eats her transcestrality.”

Corpo sua autobiografia is then a continuation of Renata’s work in terms of travesti representation and the struggle for the inclusion of travesti bodies in the arts, culture, and society.