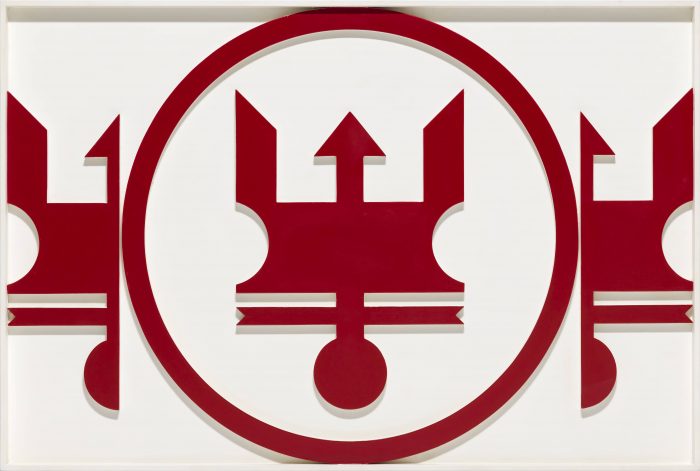 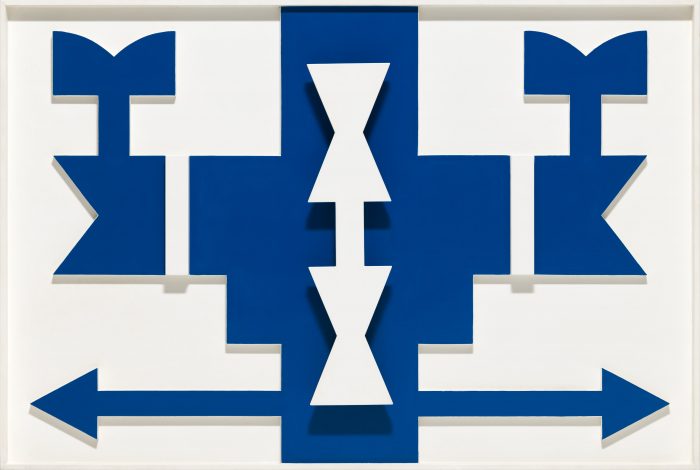 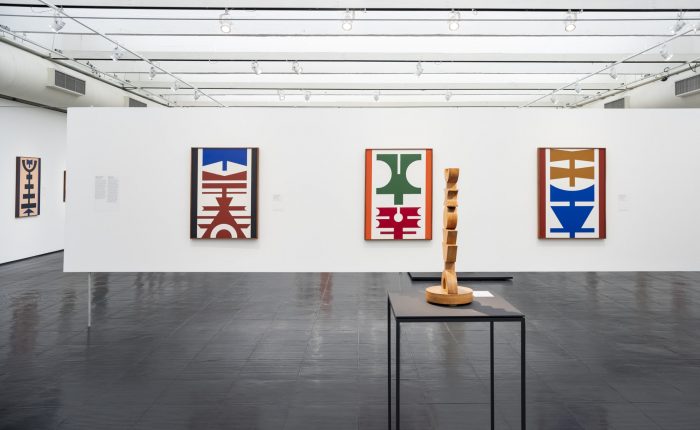 The exhibition Construções afro-atlânticas (Afro-Atlantic Constructions), at the Museu de Arte de São Paulo (MASP), features 90 artworks by the painter, sculptor and printmaker Rubem Valentim (Salvador, 1922 – São Paulo, 1991), a fundamental figure of Brazilian art and Afro-Atlantic histories in the 20th century. The exhibition was curated by Fernando Oliva (Maria Auxiliadora: vida cotidiana, pintura e resistência, 2018) and has been made possible by Brazil Ministry of Culture, Itaú, and FIT.

From the 1950s onward, Valentim resorted to the language of geometric abstraction to construct complex compositions that redrew and reconfigured Afro-Brazilian symbols, emblems and references. In this process, he transformed artistic languages from a European origin that dominated a good part of the production of art in Brazil and worldwide in the 1950s and 1960s (geometric abstraction, constructivism, and concretism), blending them with African references, mainly through drawings and diagrams that represent the orishas (deities) and emblems of the Afro-Brazilian religions– such as Shango’s double-bladed axe, Oshosi’s arrow, and Osanyin’s staffs.

Despite his importance, Valentim has still not received the recognition he deserves, and this exhibition and accompanying catalog seek to reposition the artist in the history of Brazilian and international art. The focus seeks a broader approach to his work, underscoring its political, religious and especially Afro-Brazilian aspects, beyond the abstractions, constructivisms and geometries.

The period covered by the show spans from 1955, when Valentim, still in Salvador, firmly determined that his work would deal with references from Candomblé and Afro-Brazilian culture, up until 1978, when his most productive period ended. The exhibition encompasses the different phases and places where the artist worked: Bahia (1949–1956), Rio de Janeiro (1957–1963), Rome (1964–1966) and Brasília (1967–1978). The featured works include fundamental groupings such as the series Emblemas logotipos poéticos da cultura afro-brasileira (Poetic Logotype Emblems of Afro-Brazilian Culture), shown at the 1976 Bienal de São Paulo, and the Relevos emblemas (Emblem Reliefs) from 1977 to 1978.

In his 1928 Manifesto Antropofágico (Anthropophagic Manifesto), a founding text of Brazilian modernism, Oswald de Andrade (1890–1954) poetically proposed a true program for Brazilian artists and intellectuals: that of swallowing and digesting the European cultural legacy to then construct, through this anthropophagic procedure, their own hybrid, Brazilian works with a blending of indigenous, African and European references. Valentim was among the artists who took up the anthropophagic project in the most complete and ambitious way. In this process, he carried out one of the most radical operations in the history of Brazilian art, submitting a European artistic idiom to an Afro-Brazilian aesthetic language, to make an effective, singular and powerful contribution that was both decolonizing and anthropophagic.