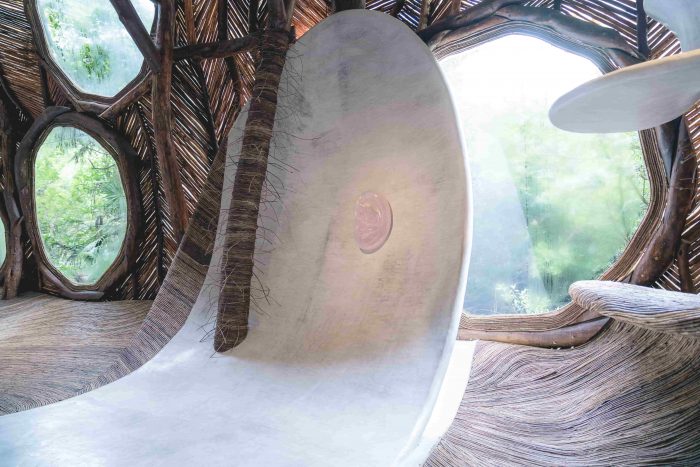 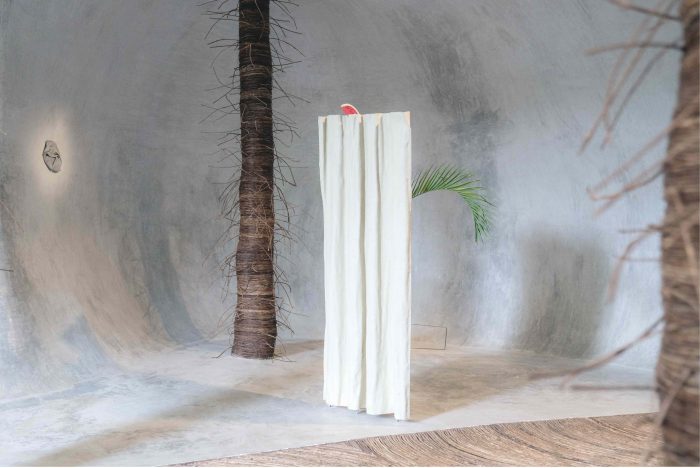 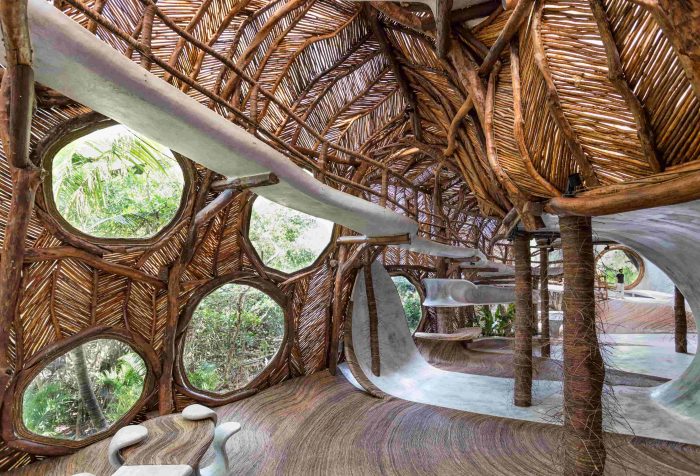 Alchemical forces, ephemeral transformations, surreal transitions and post-apocalyptic ruins are just some of the themes explored in Configurations, which opened on September 23, at the contemporary art space, IK LAB, founded by Roth (Eduardo Neira).

Curated by Claudia Paetzold, Configurations presents a selection of work by Franco-German artist Katinka Bock, whose recent presentation at Manifesta in Palermo, Sicily, evocatively uses bronzes cast from plants in the botanical garden serving as ephemeral molds; New York–based artist Guillaume Leblon, whose work conjures up an imaginary stage of seamless transitions from the real to the surreal; and Guadalajara-based artist Gabriel Rico, whose installations resemble post-apocalyptic ruins that also elicit a sense of new possibilities.

Curator and IK LAB artistic director Claudia Paetzold notes: “After IK LAB’s first exhibition, Alignments, which was an invitation to explore invisible spatial coordinates as a gateway into the metaphysical realm, Configurations shifts to the emergence of earthly creations, staging poetic emanations mysteriously arising from the ground, subtle aerial systems of balance and the passage of time as reflected in spatial occurrences.”

The oeuvre of France-based artist Katinka Bock (Germany, 1976) embodies a constant flow of alchemical transformation while simultaneously conveying a sense of an immutable elemental order and balance, projecting the viewer into a utopic space, where humans embrace the creative force of nature. In Configurations, the meteor-like stone of Lion Balance North gradually descends towards the earth, as the water in the archaic ceramic recipient evaporates, while Junimond, a ceramic sculpture formed from a gesture to embrace the moon, Farben dieses Meeres, Hut, a fossilized hat, and Mot (suspendu), a cone-like suspended ceramic held by a dark blue nylon strap, transmit an ineffable relatedness, inviting viewers to imagine a narrative that culminates in the questionable presence of two bronze cast fish, seemingly washed ashore.

Based in New York City, the work of Guillaume Leblon (France, 1971) conjures up an imaginary stage of seamless transitions from the real to the surreal. At IK LAB, his freestanding windows open onto multiple spaces from where it’s possible to contemplate the exhibition, drawing the viewer into a scenography of wondrousness. A symbol of the origin of life, seemingly floating, as in Cuatro Peces Siguiendo, or fossilized, as in Fishes in the Vase, the presence of fish in Leblon’s work raises questions related to the spatial progression of existence and anchoring, while Portrait communicates the knowing presence of an invisible omniscient entity, able to sense the pulse of the creatures dwelling inside the curved, meandering space of the gallery.

Currently based in Guadalajara, Gabriel Rico (Mexico, 1980) introduces another vantage point to the exhibition’s narrative. The artist’s acute awareness of the human condition is reflected in works resembling post-apocalyptic ruins, while evocative beams of light seem to herald the possibility of a new story line. His wall-based sculpture Homme II, composed of volcanic stone, mesquite wood, gold leaf and neon, appears like an alchemistic recipe for the creation of a new humanity, while the standing pieces II and III from his series, Teorema de la Incompletitud, mend the inevitable breakage point through a circle of light.

After a very extensive conversation with Claudia Paetzold around this unique project, she explained how she was asked to co-curate the first shows in the space. Very quickly, it became clear for her that the approach was not to compete with the space but to embrace it by giving to it new angles and viewpoints through the shows. The first one was intended to work on the idea of an invisible, metaphysical space, in which the forces of nature, and its energies would be illustrated, it was rather a minimal exhibition.

After working with energies found in nature, it was fundamental for the curator to link these ideas with the second show; in which three artists were selected to produce one installation each. The criteria were that the artists had a connection with Mexico and a connection among the other artists.

Through these installations, the intention was to invite assistants to explore the space within the space itself, each. All these works have an element of presence, and an element of access: they talk about the cycle of life. The selection of artworks also puts together a variety of narratives that work on the concepts of evolution, movement, vulnerability, and equilibrium; on how humans don’t really belong to the earth nor the sky, but through which dynamics we inhabit them, and how can spaces be rooted not in earth nor in the sky, all framed by a freedom of choice within the installation.