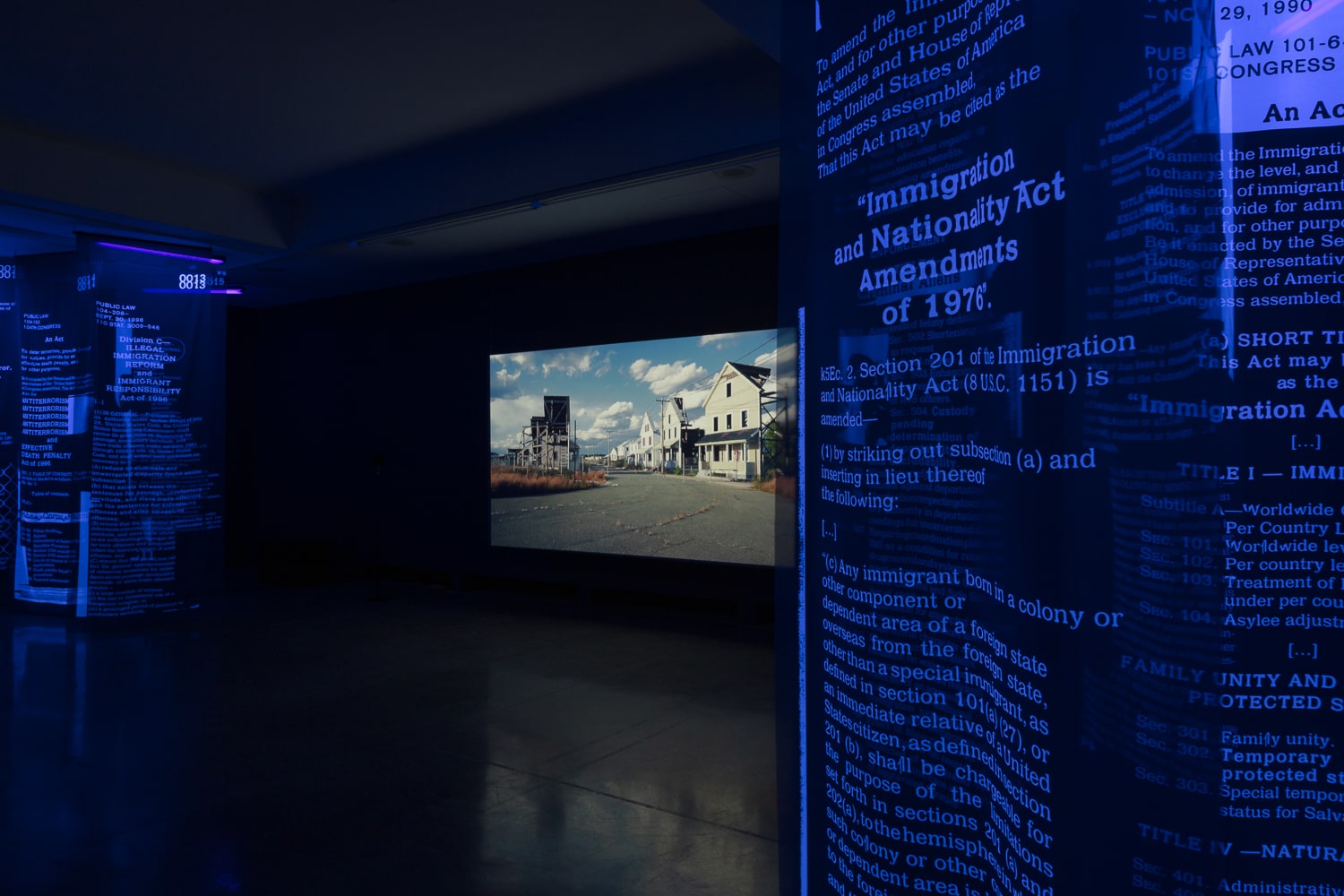 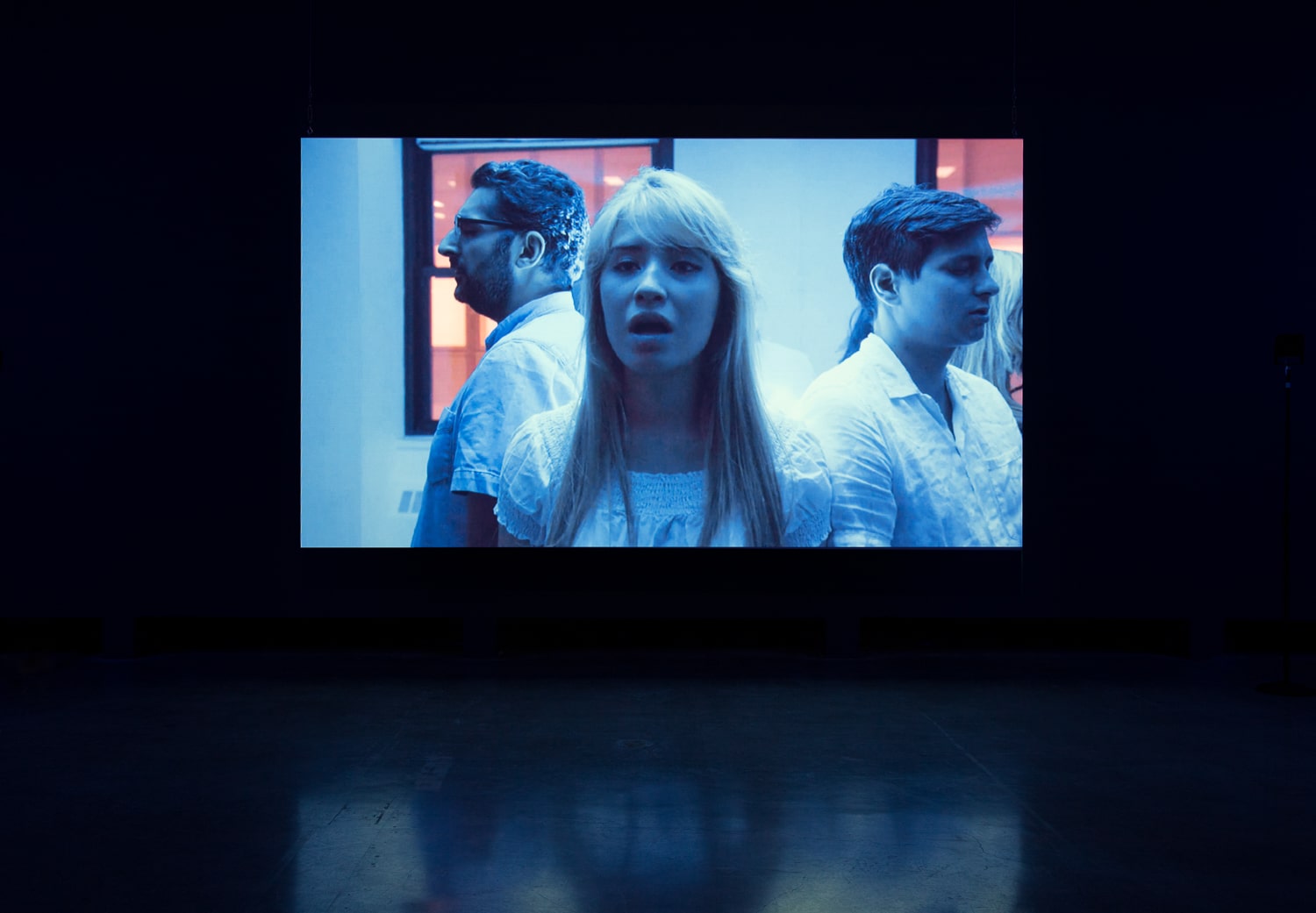 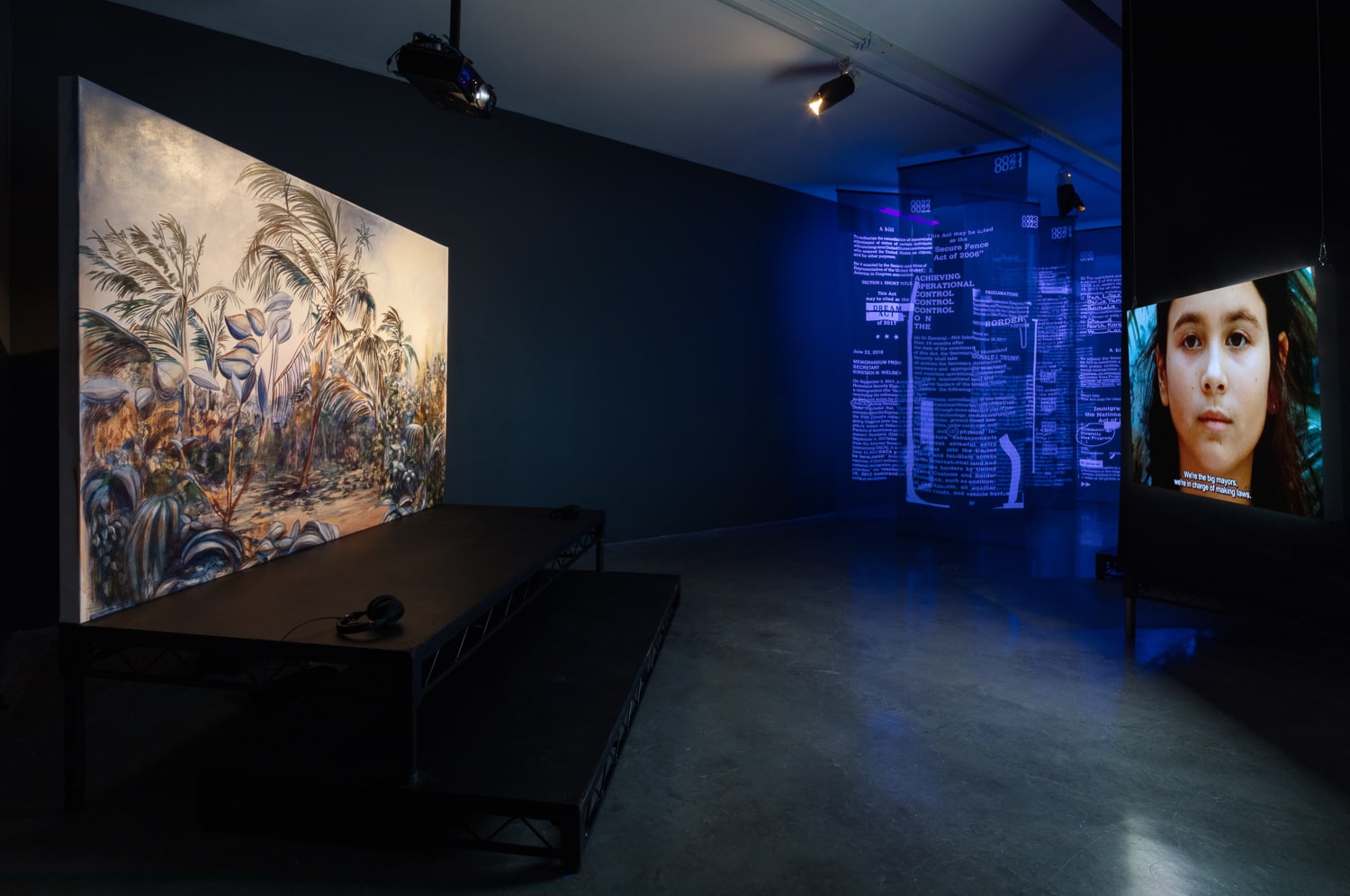 The Gallery at REDCAT presents Adelita Husni Bey: CHIRON, an exhibition that includes the West Coast premiere of Husni Bey’s most recent film and installation Chiron (2019), commissioned and premiered by the New Museum in January 2019. Postcards from the Desert Island (2011) and 2265 (2015), two of Husni Bey’s most important past works are shown alongside this presentation. These works explore the artist’s ongoing interest in the relationship between territories and the legal structures of nation-states, looking closely at the individual and social consequences of imperialist ventures.

Husni Bey’s work addresses the imagination it takes to organize and uphold collectivities. Together these pieces encompass ways of seeing the world that span age and cultural contexts. Yet they also find common ground in their exploration of colonial impulses—from children imagining a new civilization to teens speculating on the inhabitability of Mars to legal aids discussing the toll of their country’s immigration system. Alongside the three screen-based works, the exhibition at REDCAT features an installation comprising an elevated central stage around which a series of twenty-six black-lit, semi-transparent banners hang. Devised in conjunction with the film installation Chiron, these banners chronicle the history of US immigration law from the Chinese Exclusion Act of 1882 until today.

With CHIRON, Husni Bey presents a site at which to gather, read, listen, and talk—an environment clearly shaped by her investments in experimental theater and nonhierarchical forms of pedagogy. While attention to Husni Bey’s practice is often focused on her methodology, and rightly so, engaging with her work also requires consideration of its deep engagement with collective processes, including communal viewership. Hence this presentation highlights the ways in which Husni Bey implicates viewers in her installations and exhibitions, revealing the inextricable links between interpersonal connections and larger systems of power and control.

This exhibition is curated by Helga Christoffersen, Executive Director of Art Hub Copenhagen.

The presentation at REDCAT is organized by Carmen Amengual, Exhibitions Manager.

Abraham Cruzvillegas presents "Hi, how are you, Gonzo?" at Aspen Art Museum, Colorado