Projector presents “Celaje” by Sofía Gallisá, an approach to the cracks that furrow the memory in the passage of time as evidence of history in Puerto Rico. 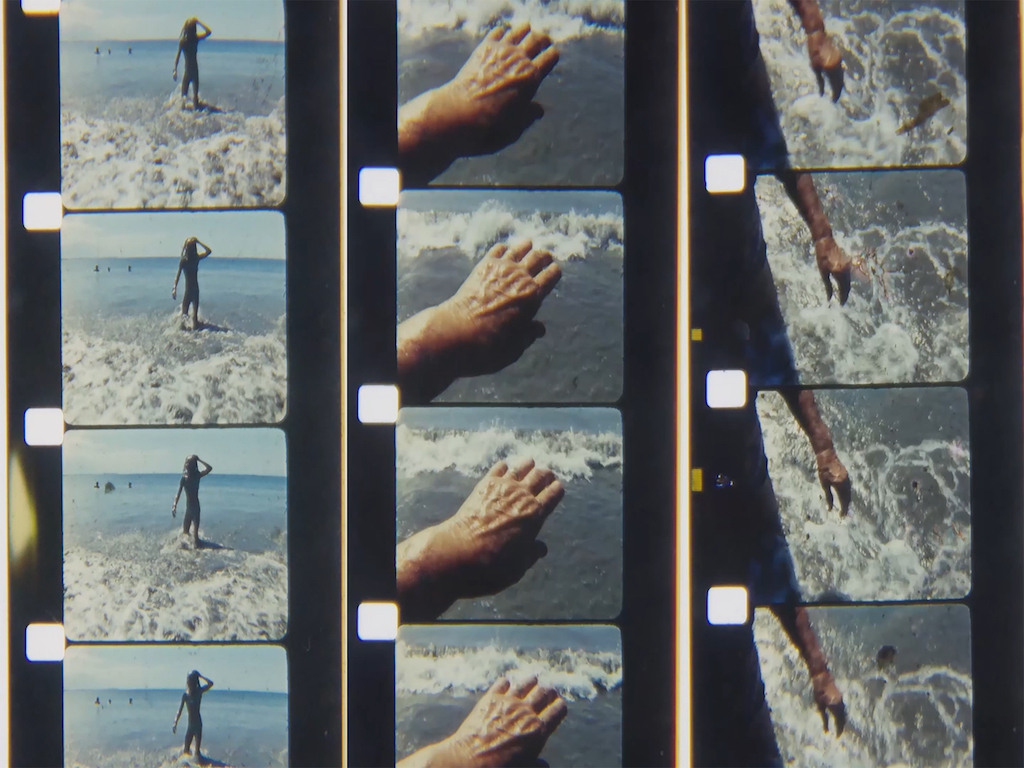 2020, 40:57. Super8 and 16mm transferred to HD video. Spanish with English subtitles.
Video available until August 29
Get to know more of the artist’s work here.

How was Puerto Rico formed?

In 1968, this question was the title of a geology book for the people produced by the Institute of Puerto Rican Culture. The question is rooted in the belief in progress; in the formation of the nation within a wider geological time. It’s a question that tries to give closure to the unending.

In Puerto Rico, we are living through the death of the Estado Libre Asociado (ELA), our neocolonial commonwealth project; which defined the promise of what this archipelago would become in the 20th Century. What began as a constitution pledging third world capitalist development and democratic self-governance has collapsed, a process accelerated by the sedimentation of natural, political, and human catastrophes.

Assimilate & Destroy is a process of research and artistic production that makes visible the forms in which climate conditions memory in the tropics, experimenting with images produced by biodeterioration. The title refers to two processes that occur simultaneously during the decomposition of film, considering their poetic and strategic implications in order to digest political processes. The work stems from a desire to come to terms with the impermanence of images and the material evidence of history in Puerto Rico. Celaje is the culmination of this series of works developed since 2017.

Fifteen years ago, I started filming my grandmother, María Luisa Pérez Jiménez, and the slow disappearance of the country that she had been a part of. Her life is interwoven with the epic narrative of Puerto Rico in the 20th century; she lived the rural-urban migration, the diaspora in New York, and the return to the island; she worked in factories, hotels, and schools, survived hurricanes, abusive husbands, and floods, raised two children, and finally landed between an artificial lake and the beach in the community of Levittown, in Toa Baja.

Her dog names ranged from Laica and Daisy Gatsby to Chefi (for Ché Guevara and Fidel Castro). Her life was inseparable from the contradictions of colonialism. In the town of Toa Baja, sugar and cement keep mixing. Clever men built a John F. Kennedy Elementary School and Pedro Albizu Campos High School in the same neighborhood; one more gesture in a long series of forced reconciliations.

Amidst the ruins of that dream of progress, María Luisa collected rocks in the shape of Puerto Rico. Since she no longer walked by rivers or dirt paths, she picked them up from flower pots and broken sidewalks.

What did her eyes search for in these minerals?

An emblem of tamed geography or a relic of the eroded nation?

Shortly after María Luisa died in her home, in September 2019, I hung a 16mm film of us on the beach in her backyard, next to her bedroom window. I exposed it to humidity, heat, and breeze. I wished that other invisible forces would blow through it and leave their mark. Then I buried the film with dirt, leaves, rotten fruit, insects, and empty nests. Upon unearthing it weeks later, some images had completely disappeared and new ones had emerged.

María Luisa was always coherent with her surroundings. Even her senility seemed to be in tune with the times. 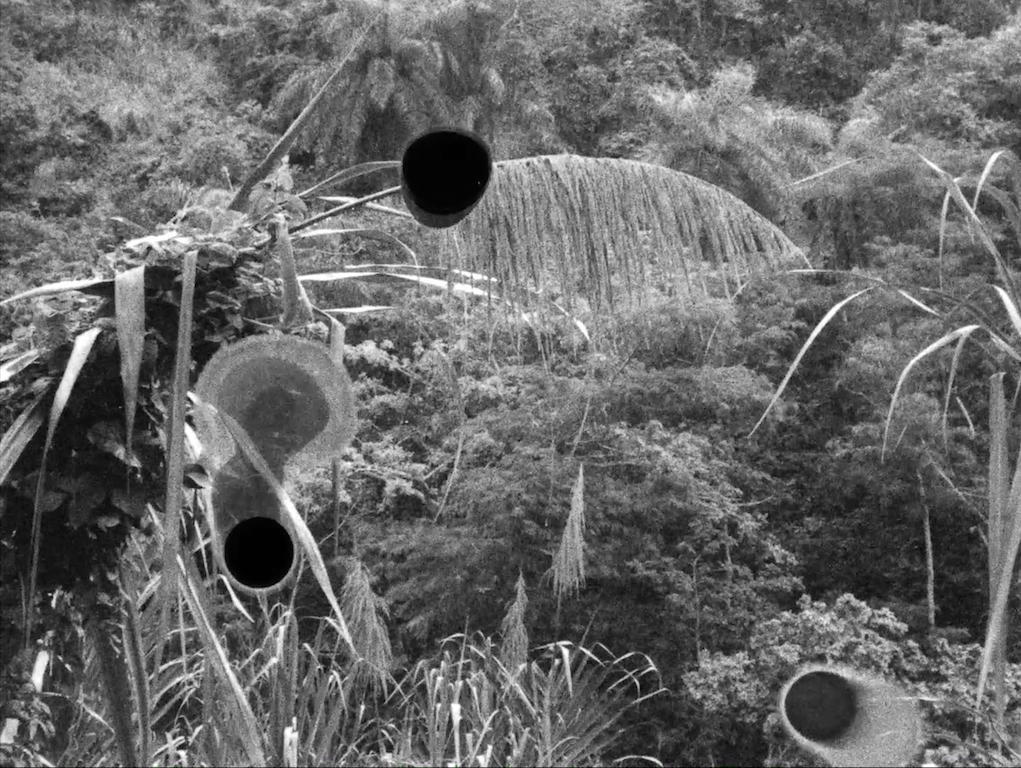 From the bottom-up, communities engage in constant activity, feeding off decay, generating unstable and impermanent processes. They are the source of an exuberance indifferent to aseptic pretensions. Their movement is only visible to those who are patient and unafraid to stare closely at the ground.

Pushing against them, an evolutionary account has been imposed by force; first, the plantation, then, new frontiers of economic growth, one after another. Lastly, debt. Always, debt. The speech changes its tone, but the voice remains the same; from the landowner to the tourist.

All of this affects the visibility of things. The visitor scans the surface, like the infrastructure that leads him through the city, designed to avoid the rotten soil. His short-term stay only allows for short-term thinking and spending. To him, things don’t look so bad. Meanwhile, those paying the debt adapt their eyes to the physical and mental exhaustion, the heat and humidity, the salt, mold, pollen, and dust in the air; the uneven recovery, misshapen trees, and layered catastrophes.

Both are gazes conditioned by time.

Both gazes dispute the same terrain.

In this landscape, the hurricane is not easily distinguishable from bankruptcy, austerity, earthquakes, drought, or this pandemic. The tropics devour the ruins of progress swiftly.

The idea that submission is an unsolvable situation is continually disputed by a contingent reality. Evolution is not complexity but diversity. The future is in the random development of life.

Here, acting as a catalyst to accelerate the nature of history is just another haphazard gesture, built on unconditional love for an ever-changing world.

This text was originally published on the website of the magazine Categoría Cinco, a journal of politics and culture in Puerto Rico.