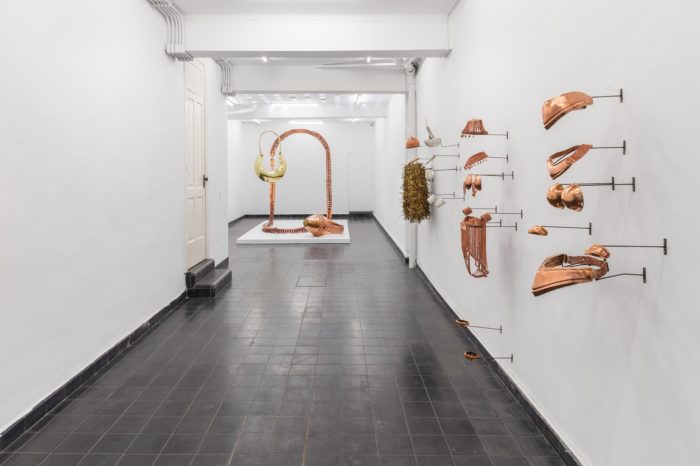 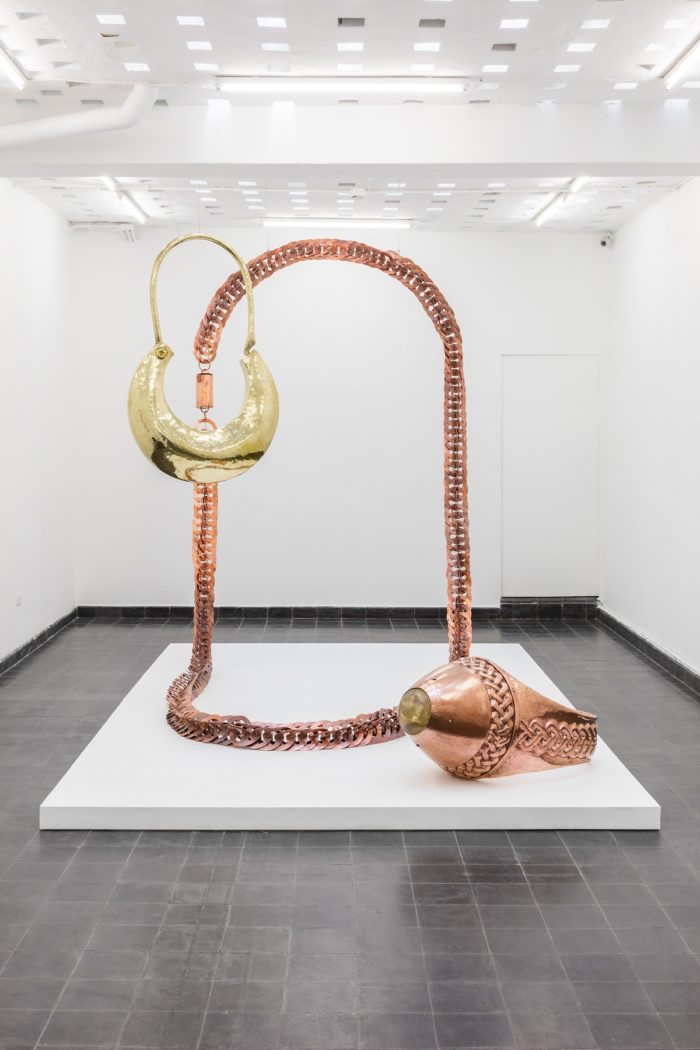 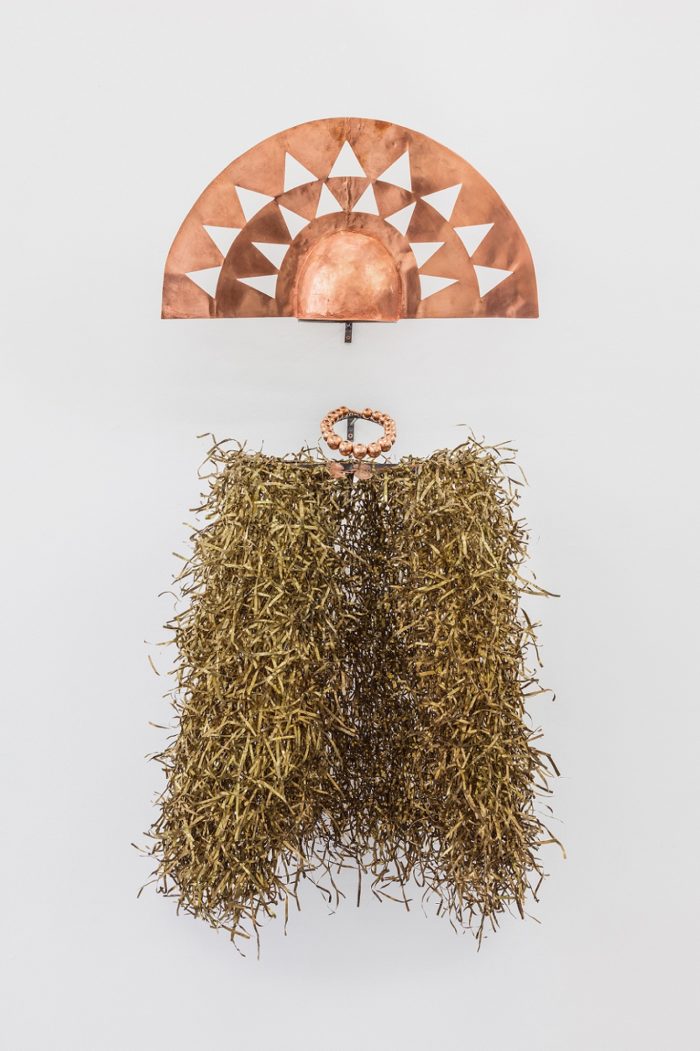 Gaga presents a homonymous exhibition by Mexican artist Ana Pellicer who has resided in Santa Clara del Cobre, Michoacán, since the mid-sixties.

The exhibition brings together two projects: the first is jewelry for the Statue of Liberty (1978-1986); a project designed to commemorate the anniversary of the French gift to the United States.

The pieces, titled Collar de tejos de Santa Clara, Lilputense producto de exportación, Arracada plana de huetamo, La cadena de oaxaca and Prendedor etrusco cuanajense (of which we present the chain, the hoop and the ring), were made by the artist in the school of arts and crafts Centro de Acción Educativa, workshop school of Santa Clara founded by the artist in 1976 along with the American artist James Metcalf. A unique education center of its kind based on the Arts and Crafts movement, William Morris and the teachings of Adolfo Best Maugard. The school sought to rescue the millenarian techniques of copper work that exist in the region; to expose artisans to new technological advances and to raise awareness of the dignity and pride implicit in their practice.

On the other hand, Ana strived continuously in including and empowering the women of the community; involving them in the life of the workshop beyond domestic chores and mainly engaging them in the teachings of goldsmithing techniques which materialized in the joint work of the monumental jewels that are presented in this exhibition.

The models are a syncretism of traditional jewels from different regions of the country that sought to dress The Great Lady, symbol of fraternity and hospitality, of “otherness”, dynamizing the monument and pointing to the geopolitical and conceptual implications of freedom at the time and its validity to this day.

The second project consists of a series of sculptures designed as imaginary costumes for Nahui Ollin and later used for the staging of Nahui Ollin Mujer de luz by Ariane Pellicer and Jorge Reyes in 1999. Equally inspired in distinct mythological, photographic and spectacle references of the time, the pieces shown here pay tribute to one of the most controversial and enigmatic women in the history of art in Mexico. Nahui Ollin was a poet, painter and activist freed from the consequences of a macho society. The freedom she cherished is still misread as of today and she is often referred or remembered as the “muse of such”, “lover of who knows who” or “crazy”; denying, censuring and carrying implications of her free, artistic and capricious character.

The exhibition also includes the work Ofelia by artist James Metcalf who was the artist’s partner and collaborator until his death in 2012.