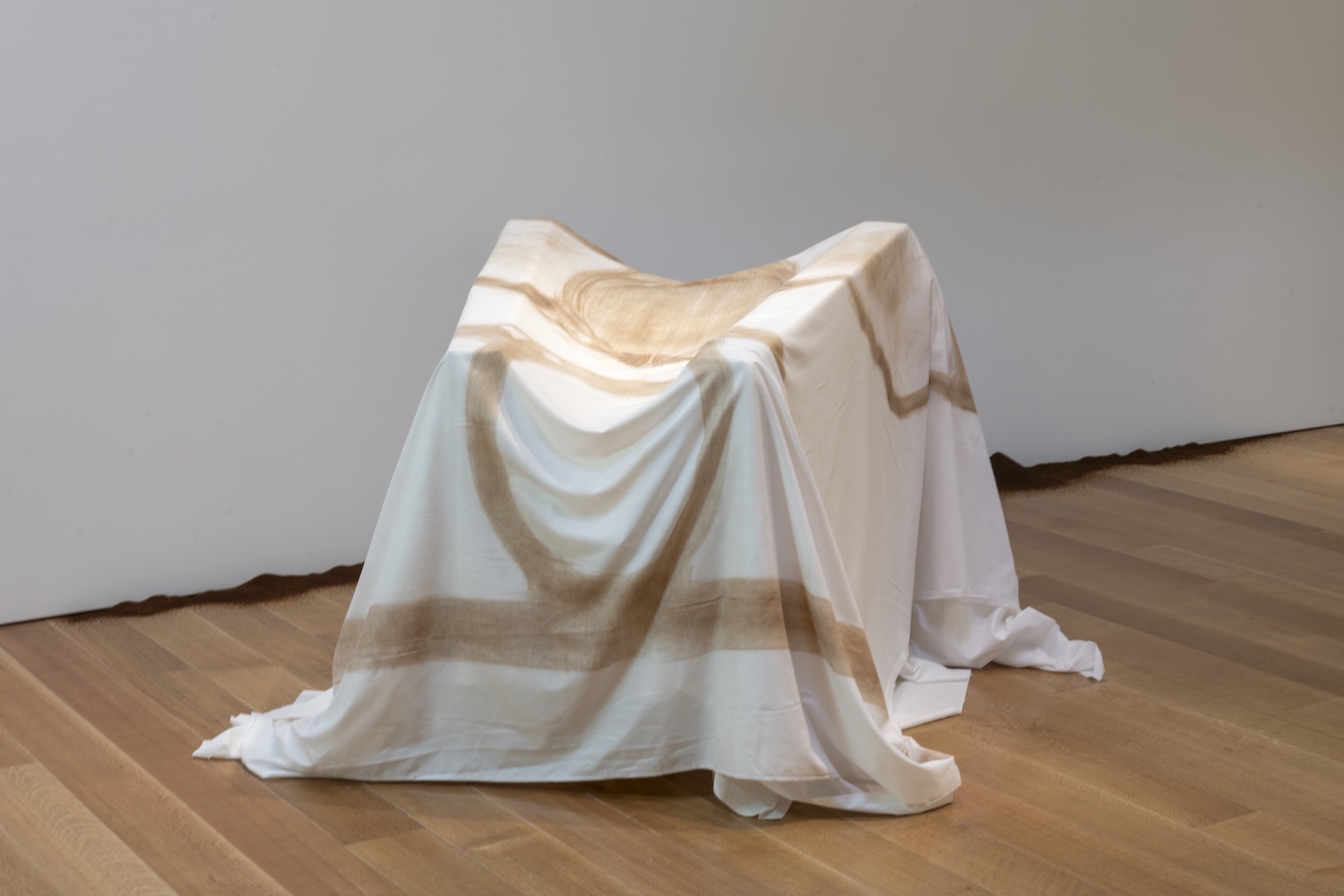 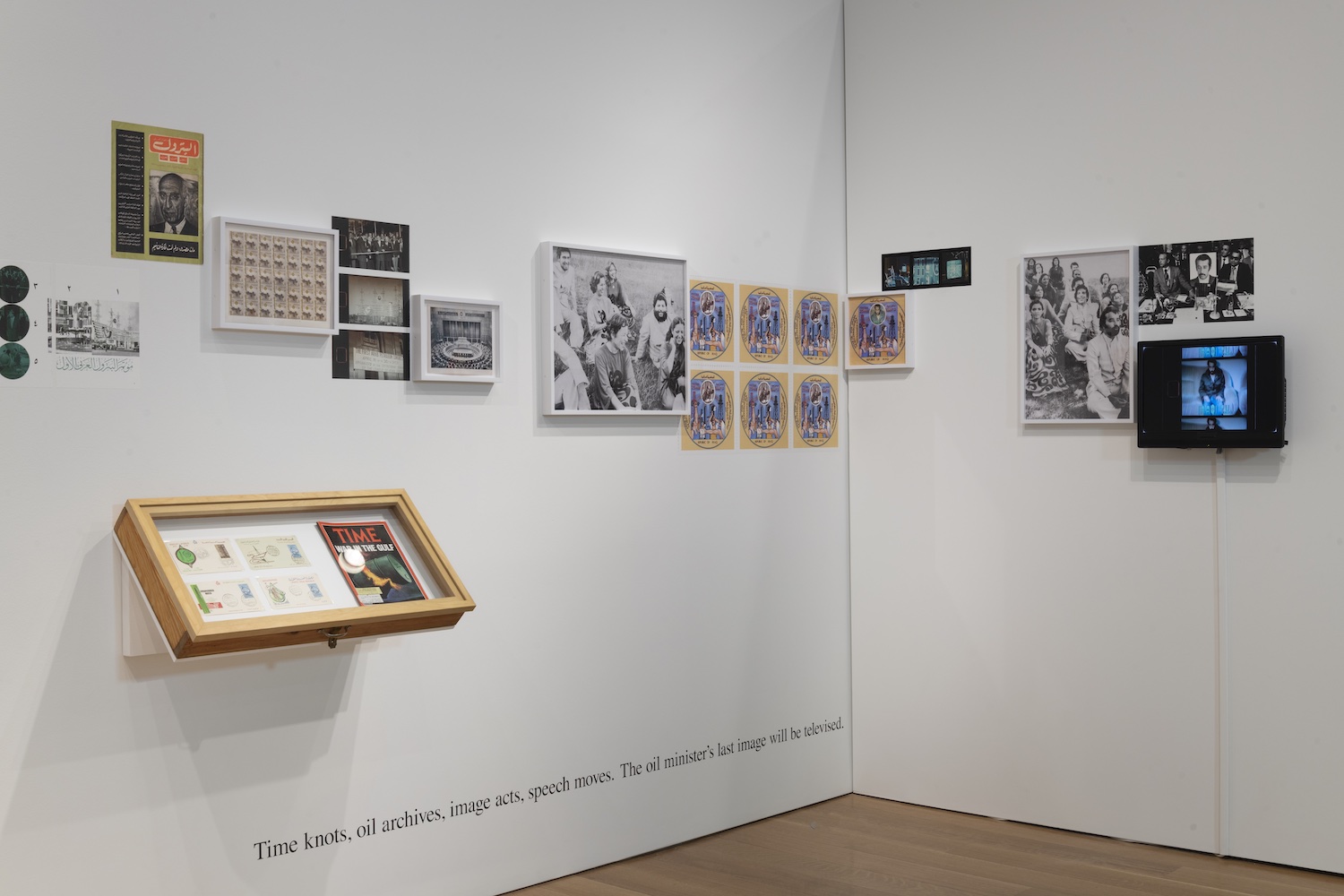 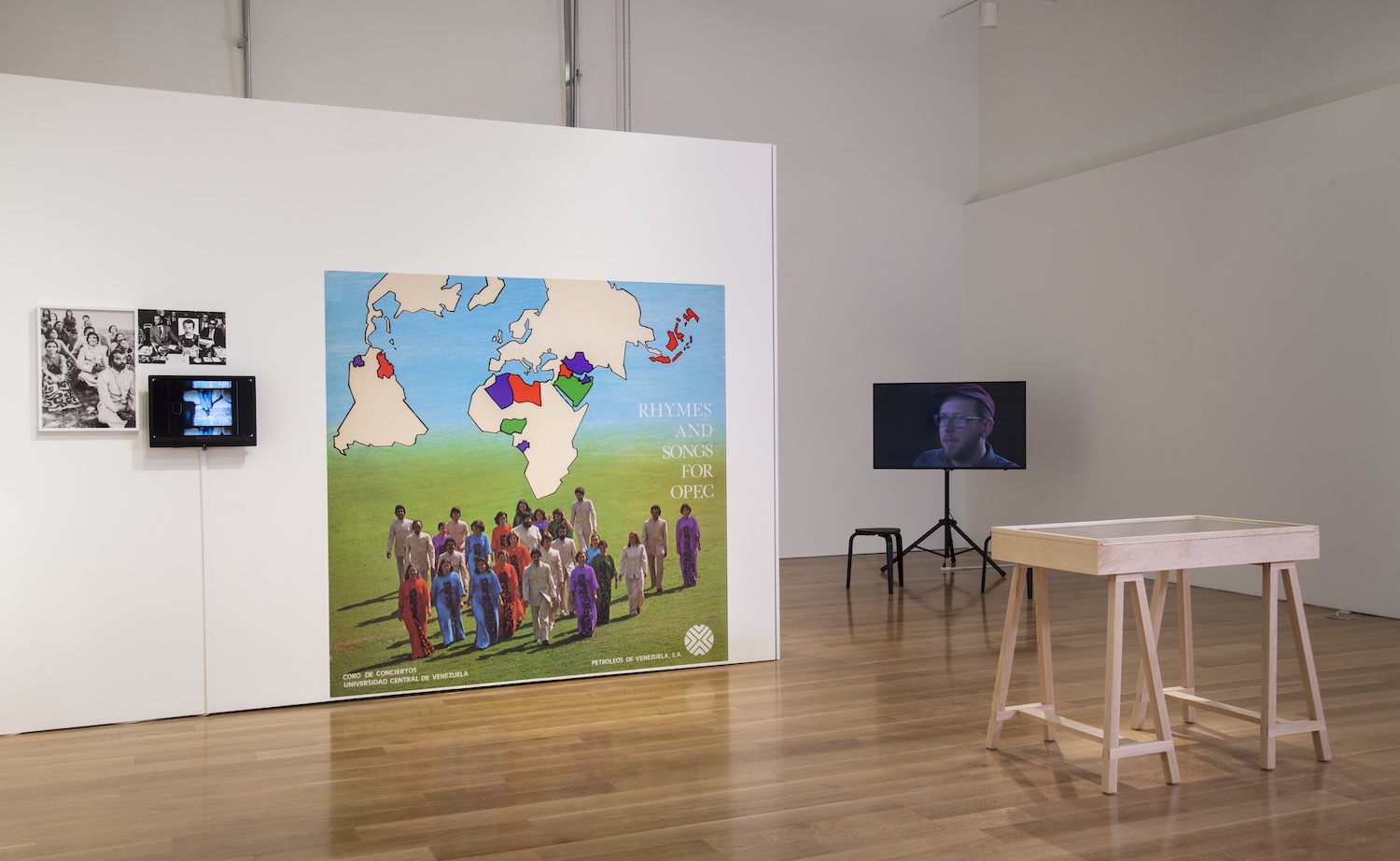 The visual regimes of photography and film have long been accomplices to imperialist enterprises and state sanctioned-violence in rewriting the terms and tellings of history. Images, still or moving, have a way instructing us as much as they help us remember, and it is in this duality that parallel histories of dissent and oppression can be read simultaneously. Aftermaths is an exhibition bringing together artists with attachments to Latin America and the Arab world who engage photographic and filmic archives in order to unfurl the complexity of history and its visual records. Invested in postcolonial politics and ongoing struggles for liberation, the projects by Astro Escudero (b. Ecuador), Gonzalo Reyes Rodriguez (b. Mexico), Rami George (b. USA), and Sanaz Sohrabi (b. Iran) help us understand how images have been used both to suppress and to bolster people’s freedom and autonomy. Further, these artists’ practices highlight how history’s multivalence comes in and out of focus through time, telling different stories for different purposes, always dependent upon who is reciting the story.

The included artist projects, many of which are ongoing, are rooted in the after effects of specific events in history—for example the Lebanese Civil War, the Sandinista Revolution in Nicaragua, the nationalization of oil in Iran—and explore how the past tumbles into the present causing all types of ripples. The curatorial framework for Aftermaths seeks to identify the ambiguity and elusiveness of history’s record, honoring that different archives present often conflicting orientations to history, and that these conflicts can be charted across the archival dichotomies of intimate and official; image and material; memory and physical record. Each artist moves through their project’s contexts with specificity, but between them is a threaded interest in how visual regimes play an integral role in shaping history as it happens, and bending it as time goes on.

Astro Escudero directly engages the dichotomy of image and material forms of remembering, using coffee, bedsheets, and textbooks to constellate history, gender, and coloniality in Ecuador. Her work plays between the soft sensuality of intimate recollection and the clinical solidity of official records. Gonzalo Reyes Rodriguez confronts real and fictional tellings of the Sandinista revolution in Nicaragua. His work examines how global politics are scaled to culturally-specific media such as Hollywood films, mounting skewed and inaccurate restagings of history in the process. Rami George collates family photographs and audiovisual narratives that connect varied experiences of the civil war in Lebanon, compressing them into a fragmented whole. Their approach materializes memory’s inability to be linear and exhibits how cultural inheritance is strained across geographical and temporal distance. Sanaz Sohrabi traces the complex socio-cultural shifts caused by Western oil extraction in the Middle East and the similar trajectories of other petro-states across the world. Her project poetically intertwines narratives of political independence, raw material sovereignty, coloniality, and revolution, all to make clear that futurity is a series of starts and stops, and appears exceedingly different depending on who has drawn the schematic.

The artworks in this exhibition represent divergent interventions on the archives they engage; they fragment official narratives, juxtapose contrasting tellings of history, and reframe what and how we see. In addition, they also expand on what even constitutes an archive through experimenting with material, media, space, and form. Brought together here as an effort towards solidarity across global contexts, these artists highlight how the past tumbles into the present in many occurrences that are unaccounted for, causing all types of ripples in the process.

This project is partially supported by an Individual Artists Program Grant from the City of Chicago Department of Cultural Affairs & Special Events, as well as a grant from the Illinois Arts Council Agency, a state agency through federal funds provided by the National Endowment for the Arts. Additional funding is from the Charlotte Street Foundation.

Gonzalo Reyes Rodriguez (b. 1987, Mexico) is a visual artist, whose work frequently draws on archival media material and manifests itself primarily as photography, film, or multi-screen installations. Recent projects include solo exhibitions at Terremoto/La Postal, Mexico City, Roots & Culture, Chicago and an upcoming solo presentation at Blinkers, Winnipeg. His work has been featured in hyperallergic, Contemporary Art Daily, Public Parking and the Daily Lazy. He has participated in residencies at the Skowhegan School of Painting & Sculpture, acre and MassMoCA. Reyes received a BFA from the School of the Art Institute of Chicago in 2009 and an MFA from the University of Pennsylvania in 2016.

Sanaz Sohrabi (b. 1988, Iran) is a research-based artist, filmmaker, and a Fonds de Recherche du Québec Société et Culture (FRQSC) doctoral fellow at the Center for Interdisciplinary Studies in Society and Culture in Montréal. Her doctoral artistic research is conceived as a series of essay film and documentary-based installations mapping an unlikely geopolitical calendar of political affinities, competing and contradictory national projects wherein oil was both the agent of imperial power and the catalyst for anticolonial political projects, examining the ways in which oil was tasked to navigate the political task of nation-building on the one hand and transnational solidarity during the global decolonization on the other. Her work has been screened and exhibited internationally at 50th International Film Festival Rotterdam (IFFR), Montréal International Documentary Film Festival (RIDM), IndieLisboa, Videonale 16 Bonn, Kasseler Dokfest (nominated for Golden Key Award), Images Festival, Centre Clark Montréal, and Beirut Art Center, among others. Sohrabi has been supported by fellowships and artist residency awards such as Forum Transregionale Studien Berlin, Skowhegan School of Painting and Sculpture, RAW Académie, SOMA Summer School, Est-Nord-Est résidence d’artistes, and Vermont Studio Center.

Astro Escudero (b. 1988, Ecuador) is an interdisciplinary artist from Ecuador. Astro’s practice focuses on reviewing history to make omissions of femme bodies more concrete. They use agricultural staples, personal objects, and bodily extensions as incantations to connect with the past. Astro recently graduated from the International Center of Photography with a Creative Practices Certificate (2021) and was awarded as a New Media Fellow for their collaborative project with Alejandra Gutierrez titled La Sagrada Maldita. Astro holds an MFA in Photography from the School of the Art Institute Chicago (2019), where they received the Barbara Degenevieve Scholarship.

Astro’s work has been reviewed in Strange Fire Collective, New City Art Magazine (Chicago) and Cartón Piedra (Ecuador). In Chicago, Astro exhibited in Chuquimarca Projects, Baby Blue Gallery, and 6018 North. In Quito, Ecuador, they have held solo exhibitions at the Arte Actual Gallery (2015), the Contemporary Art Center (2016) and participated in group shows at the Camilo Egas Museum (2016). Astro assisted the Momazozo Residency in New Mexico (2020), and the Transmestizx Residency in Upayakuwasi, Cayambe, Ecuador (2017).