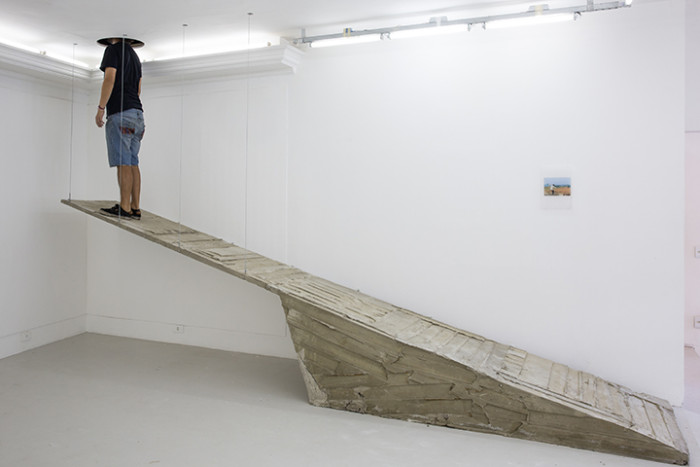 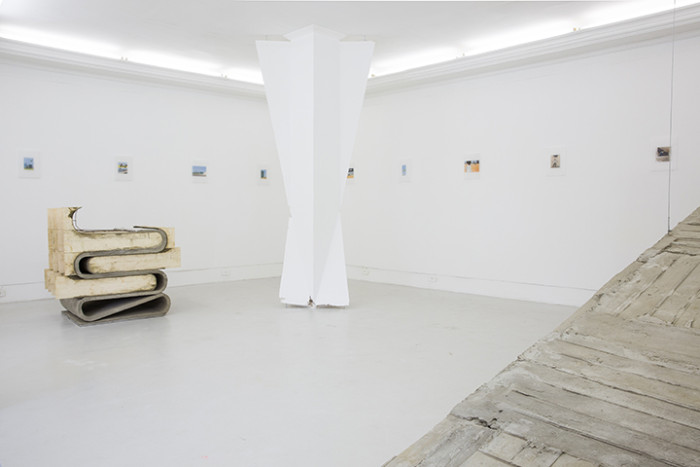 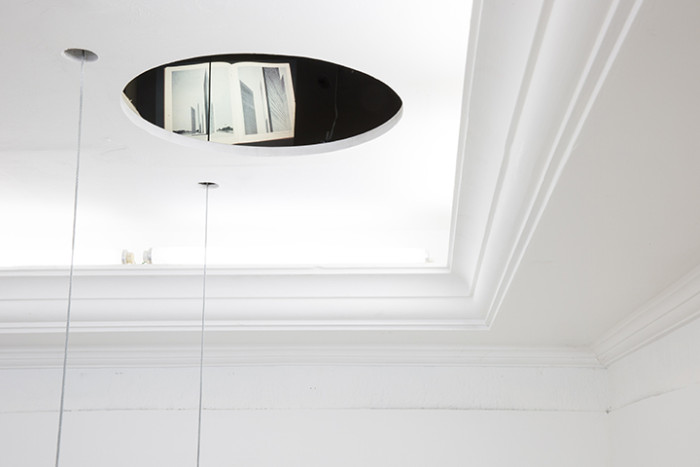 Continuing the project Art and Architecture, KUNSTHALLE São Paulo invites Belgian artist Adrien Tirtiaux (*1980, Brussels) to present his first solo exhibition in Brazil. Graduated as architect and artist, Tirtiaux works mostly with site-specific installations and spatial interventions, which are usually commentaries on the social and architectural context of the places where they are installed.

For the exhibition A linha clara (La ligne claire), the artist decided to make a homage to the concrete, as it is the main material used by Brazilian modernist architects. Before coming to São Paulo, he has long been studying about the use of concrete in Brazilian construction and how its techniques differ from the European ones. Following these ideas, Tirtiaux created three main interventions for the show, which not only address the local architectural context, but also comment on the particularities of the exhibition space itself.

The first of them is Prototype for an endless column, a sculpture made of concrete, which makes evident both the production process of a concrete structure and its later decay. The work – which resembles a strip of fabric gently folded several times – is a reference to the architects of the Carioca (from Rio de Janeiro) school, whose main characteristic was the use of very thin and curvy concrete sheets, which would never be allowed by European construction regulations.

The second work is entitled FAU and consists of sculptural interventions on one of the existing columns of the exhibition space. By cutting off triangular slices from the plaster that covers the column, the artist not only reveals the original structural rounded column – which sustains the building on the top of KUNSTHALLE São Paulo – but also transforms it into a sculpture. FAU is a reference to the columns that architect Vilanova Artigas designed for sustaining the iconic building of Faculdade de Arquitetura e Urbanismo, inside of Sao Paulo University campus.

The third spatial intervention is an extension of the wheelchair ramp, made with a suspended sheet of raw concrete. This work, entitled Elevador social, relates to the brutalist aspect of the Paulista (from São Paulo) school buildings. Although designed with a sophisticated technical expertise of the architects, these buildings reveal the abundance of unskilled labor in the country, and can be seen as a statement about the social relations of production in Brazil.

At the end of the space, a hole in the ceiling invites the viewer to climb up the concrete ramp to discover the work Le béton dans l’art (2015), a slideshow placed inside of the fake plaster ceiling. The projection shows images of sculptural structures that the artist produced using a traditional Belgian recipe for a very hard cookie called Couque de Dinant.

And last but not least, the work Approcher la ligne claire (L’Homme de Rio) consists of a series of drawings based on frames of the French movie L’Homme de Rio (1964), which was filmed in the nascent Brasilia and features several images of Oscar Niemeyer’s architecture. The drawings were produced by the artist using the drawing style called La ligne claire – which gives the title to the exhibition. Established by Belgian cartoonist Hergé – the creator of The Adventures of Tintin – in ligne claire all lines must be strong and have the same width, the colors must be vivid and the backgrounds very realistic. Through this work, Tirtiaux creates a parallel between the Brazilian modernist architecture lines and the strong lines of the worldly famous Belgian drawing style.