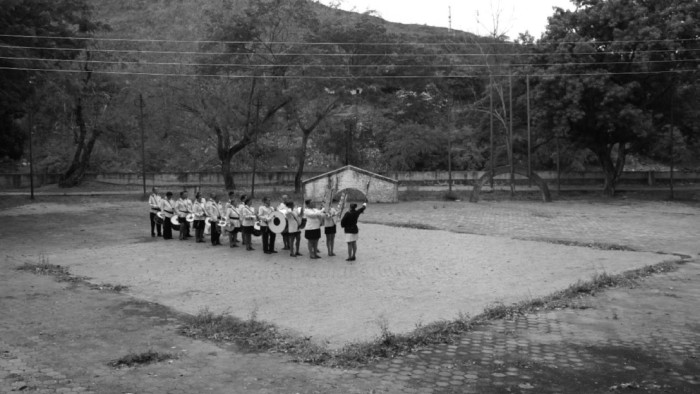 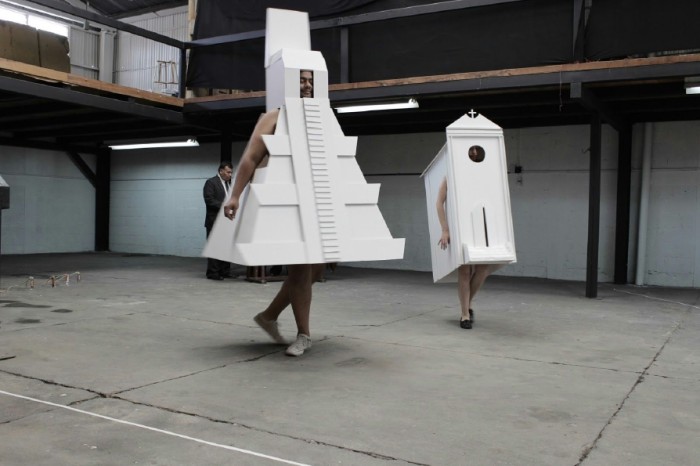 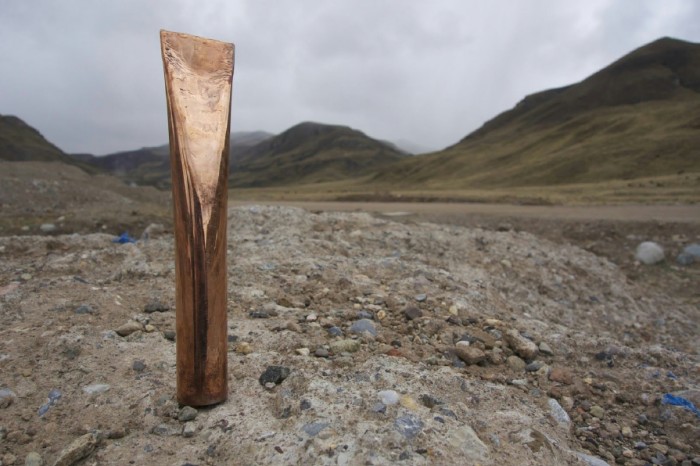 Drawing from the hemispheric context of the Americas, and broad questions of civilization and culture, A Decolonial Atlas: Videos from the Americas, 2010-2015 presents recent video works by ten artists from Chile, Colombia, Guatemala, Mexico, and the United States grappling with continued questions of colonialism and postcolonialism in an effort to locate “place” in contemporary society. Divisions between the “material” and “spiritual” development of culture, a distinction advocated by Alexander von Humboldt after his expedition in North and South America at the beginning of the nineteenth-century, untether inherited and ancestral knowledge formations from empirical observation. Such ethnographic accounts of the Americas by European colonizers are representative of the contested histories and that have unfolded over past centuries, and which have replicated in the modern era under new geopolitical forces. In the twenty-first century, contemporary artists actively contend with this legacy to broach new discourses of decolonization. Foregrounding questions of place and positionality, these artists seek to unsettle established narratives through counter-hegemonic perspectives. Presented in three vignettes, the artworks in this exhibition consider an alternative mapping of the region, charting new courses for the present and future.

Works by Laura Huertas Millán, Camilo Ontiveros, Javier Tapia and Carolina Caycedo subvert the exoticized view of indigenous cultures in the European gaze, by reasserting native identity formations, beliefs and practices. In Viaje en Tierra Otrora Contada (Journey to a Land Otherwise Known) (2011), Huertas Millán appropriates early European reports of the New World by staging her own imitative expedition in a tropical greenhouse in France, thus drawing out the extreme misrepresentations engendered in such texts. Travelling Dust (2014) by Camilo Ontiveros and Javier Tapia bridges sites across Chile, Mexico and Los Angeles to trace a circulation of people, economies, and culture, investigating landscape, issues of labor and the notion of homeland. Exploring the ideas of flow and containment, Caycedo’s Spaniards Named Her Magdalena, But Natives Call Her Yuma (2013) tells the story of Colombia’s principal river, the Magdalena, drawing parallels between the oppressive power formations of water dams and militaristic methods of social control.

Rupturing a linear notion of time, videos by Tania Candiani, Naufus Ramírez-Figueroa, and Raul Baltazar maneuver the viewer out of an ordered Gregorian clock into abstract cycles. Candiani’s Tiempo Circular / Circular Time (2013), stages a marching band in rural Colombia in the formation of a rotating clock, yet through the waxing and waning of the music, a cyclical and prolonged sense of the passing of time emerges. Historical periods collide together in Ramirez-Figueroa’s A Brief History of Architecture in Guatemala (2010, 2013), wherein the costumes of dancers representing pre-Columbian, colonial, and modern eras of architecture devolve, denoting the failures of such periods of empire. Tochtli’s Vision (2011) by Raul Baltazar samples snippets of found videos mirroring an abruptly changing dream-like state, interweaving mythologies from Mexican culture, and referencing the truncated time we experience in the digital age.

Artists Carlos Motta, Ivan Argote, and Eamon Ore-Giron intervene in the official narratives of specific places and events, broadening the confines of the archive. Motta’s Deseos / رغبات (Desires) (2015) draws from historic material (and the absence of such documents) relative to legal and religious classifications of identity constructs, to foreground issues of the sexual and gendered body in the colonial period in Colombia and the late Ottoman Empire in Beirut. Enacting the imagined spaces of clandestine narratives, the protagonists in Argote’s La Estrategia (2012) reconstruct the daily activities of revolutionary groups in Colombia in the 1970s and 1980s. Lastly, in Morococha (2015), Ore-Giron intercedes the anonymity of corporate, global economic practices to chronicle the aftermath of a community’s decimation in Peru due to a transnational conglomerate’s purchase of the region’s natural resources.