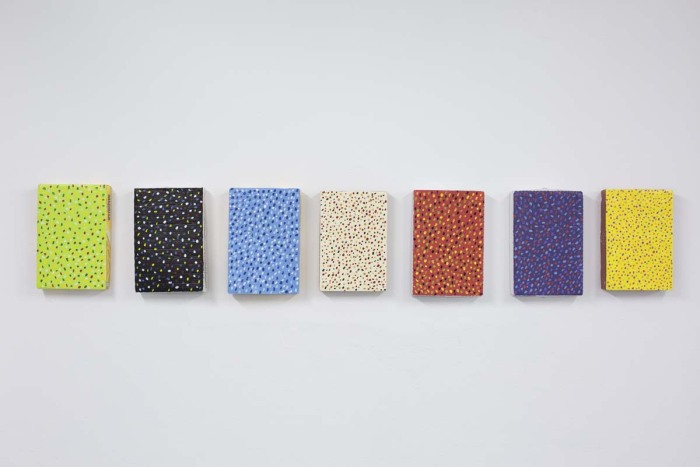 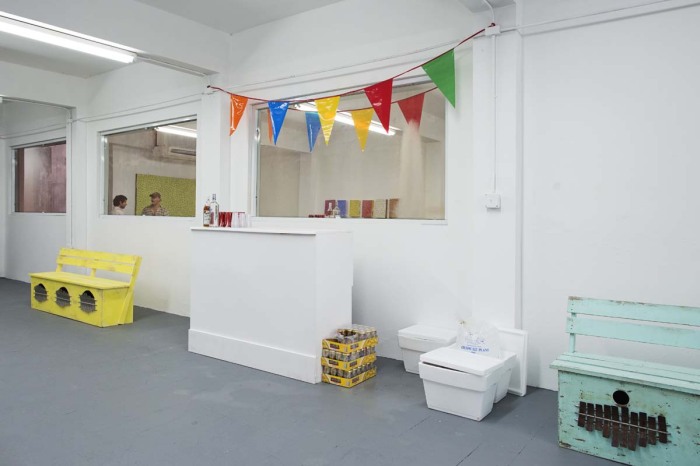 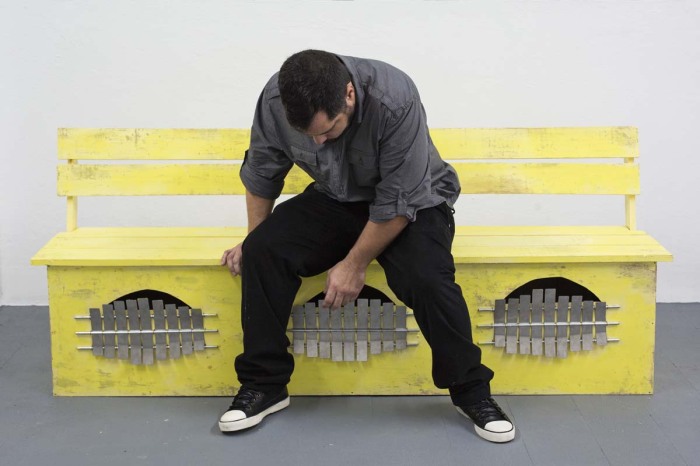 Abstracción de cartón y carnaval is Jesús ‘Bubu’ Negrón’s second solo exhibition at the gallery. With his characteristic predilection for everyday materials (“povera”), on this occasion Negrón threw himself to the streets to collect the cardboard boxes in which beers are transported from the factory to the different points of sale. On these boxes, and as part of the series Pintar por pintar, Negrón decided to work a group of abstract paintings that evoke french Pointillism of the late nineteenth century. The artist commnents that his mark-making technique mimics that of the craftsmen who produce Puerto Rico’s typical and exuberant masks (created mostly in the towns of Loíza and Ponce). Negrón’s cardborad pieces conjure the humble spirit and innate poetry of the traditional festivities celebrated in the island’s towns while commenting on the current state of contemporary abstraction.

In addition, as part of the exhibition, the artist will present two sculptural pieces that are also interactive. Titled Banco marímbula (azul) and Banco Marímbula (amarillo) these two pieces are a new breed of musical instrument that assumes the shape of a public square bench. The artist created these pieces by using the keys of an old Victrola from 1957, inspired by the sound and homemade esthetics of an old Caribbean musical instrument (now in disuse, called themarímbula). Negrón conceived the piece as a communal instrument, not to be played solo. At the same time, as if you were in a Museum, Negrón sculptures serve as literal benches to sit and contemplate his cardboard abstractions.

Key artist of the generation that broke out with force at the beginning of the century and with an extensive curriculum, Negrón’s practice is characterized by minimal interventions, the re-contextualization of everyday objects and a relational approximation to artistic production as a revealing act of historical, social and economic proportions. Jesús ‘Bubu’ Negrón (Puerto Rico, 1975) has participated in prestigious international exhibitions such as the Sharjah Biennial (United Arab Emirates, 2007), Whitney Biennial, Day for Night, curated by Chrissie Iles and Philippe Vergne (New York, 2006), Torino Triennale Tremusei curated by Franceso Bonami and Carolyn Christov-Bakargiev (Torino, 2005), among others. Next year, Negrón will be participating in the Havanna Biennial (Cuba, 2015).