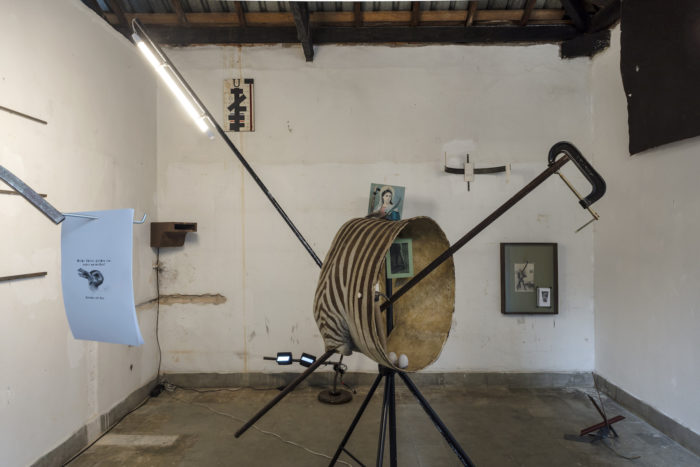 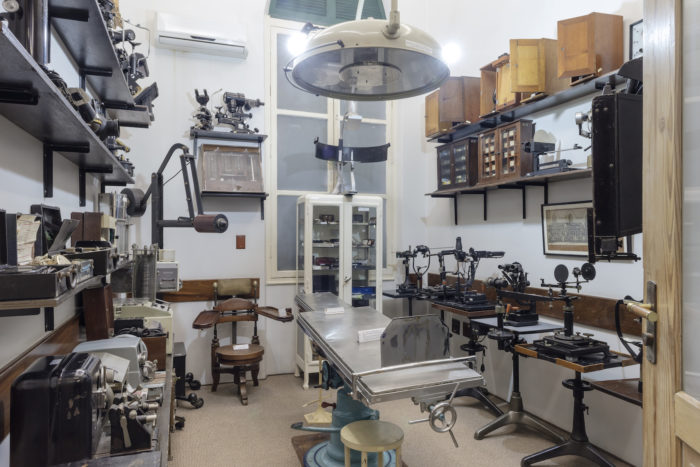 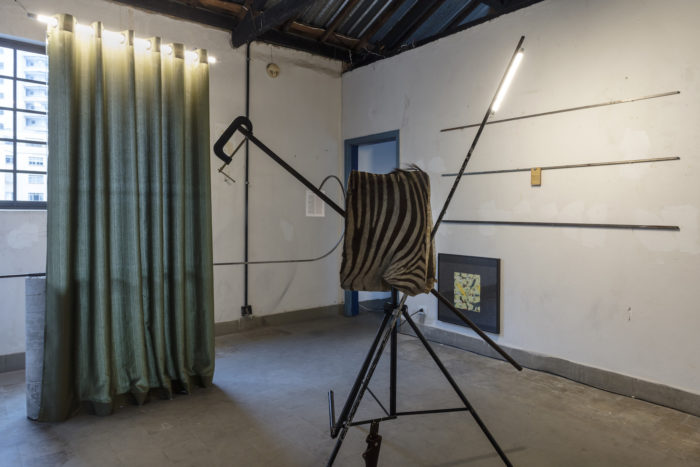 For this edition of the project, which explores the relationship between the gallery and its urban context through works that take place in the exhibition space and, simultaneously, in other places in the neighborhood, artists Deyson Gilbert and Leopoldo Ponce present a work that correlates the gallery to the Museum Santa Casa de São Paulo located in the Central Hospital of the Brotherhood of Santa Casa de Misericórdia (Holy House of Mercy).

Santa Casa is an acknowledged institution for its important activity in the area of health and its vast trajectory is strongly related to the development of the city of São Paulo. The Museum Santa Casa de São Paulo seeks to preserve the memory of this institution as well as to narrate the history of the city through its documentary and museological collection with more than 7000 items. Such collection is made up of historical pieces related to clinical, surgical and to the preparation of drugs, but it also contains ceremonial and religious pieces, clothing, furniture, sculptures and even paintings by artists such as Almeida Júnior, Benedito Calixto and Tarsila do Amaral.

Deyson Gilbert and Leopoldo Ponce present a work that creates a deep dialogue between the exhibition space of the gallery and a specific room of this museum, which houses the medical collection. The work has as its starting point in an image that portrays the attack on the then president of Brazil, Prudente de Moraes. This image, one of the few documents about this historical event, is an illustration published in a newspaper of political satire of the time. In it are portrayed the subjects and the key objects of this episode that happened during a military ceremony in 1897, in which the president would welcome the battalions that returned from the War of Canudos. During this event, the soldier Marcelino Bispo de Melo charged against Prudente de Moraes pointing a revolver to his chest, he pressed the trigger more than once but the revolver did not work. With his top hat, the president turned the soldier’s hand away while members of the presidential entourage quickly grabbed the aggressor. But even retained, the soldier still managed to pull a dagger and fatally attack the War Minister, Machado Bittencourt, who was protecting the president.

Prudente de Moraes escaped unharmed and the attack failed. The soldier was arrested and then found hanged in jail. It is speculated that he was a piece of a larger political conspiracy, headed by then vice-president Manuel Vitorino Pereira.

The “dissection” of the illustration of this political attack is the motto for the work of Deyson Gilbert and Leopoldo Ponce. From it, the artists ponder about the narratives implied to its main subjects, actions and objects portrayed in the drawing, such as the revolver, the top hat, the dagger, among others. These become key-elements for the installation that correlates the gallery’s exhibition space with the Museum’s medical collection. In both spaces banal objects are combined with other elements whose meanings or functions are almost indecipherable. The two rooms are organized according to similar dispositional logics, and each of the objects exposed finds its formal, symbolic and / or semantic correspondent in the other room. This strategy of complementarity between the two spaces creates a sense of repetition or deja-vú when visiting one place after another, causing the visitor to mentally overlap both places in order to deduce some of the narratives implied to the work. Through the connections between things of seemingly disconnected times and themes, the work revisits both the official history and the collective social imaginary; alludes to popular beliefs and myths as well as to the canons of art history; cites scientific rigor but also borders on the occult; exposes certain subjects while masking others. Such seemingly paradoxical strategies enable the artists to ponder about situations whose causal relationships cannot be verified in a strictly objective or factual way. Relations that often have no place in official narratives, in the simplification of history itself, in the economy of images and in the growing polarization of positions and opinions of our day.