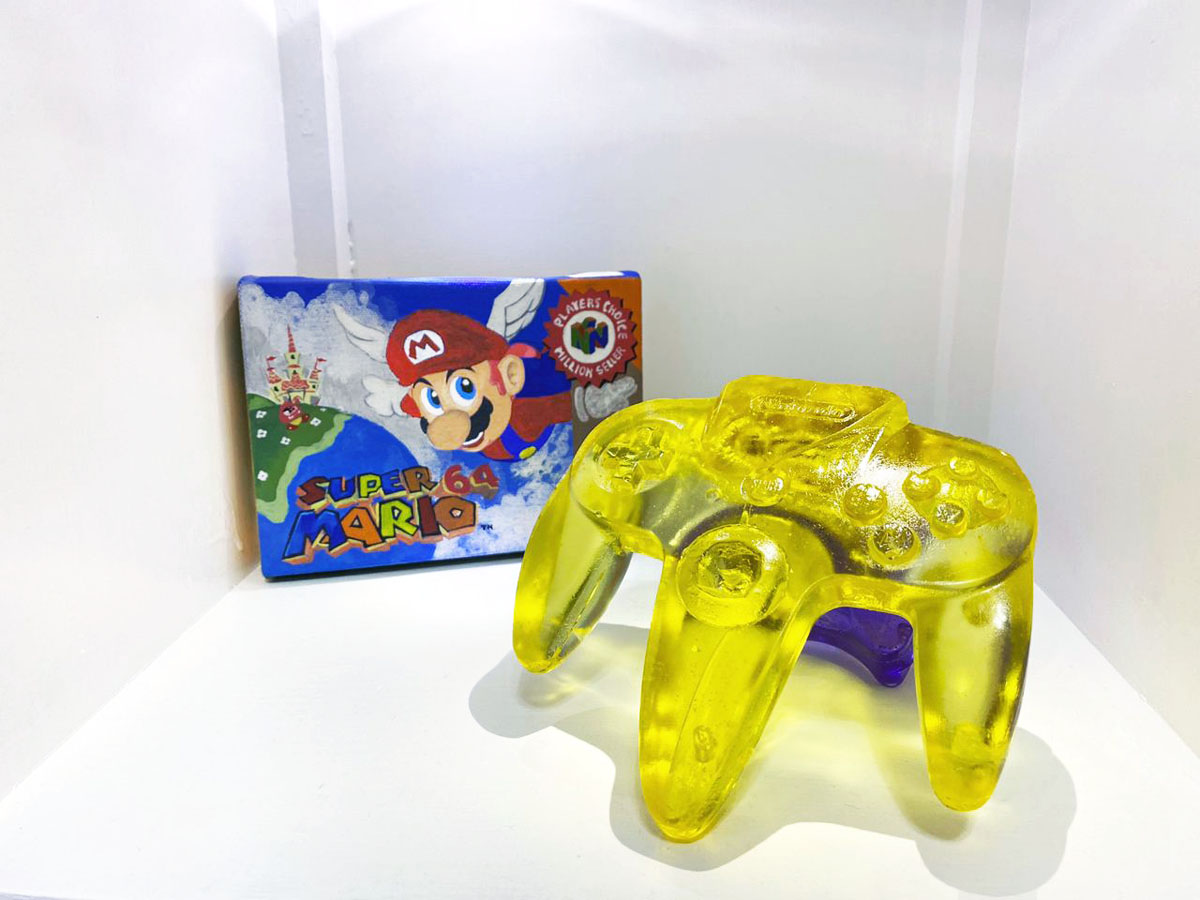 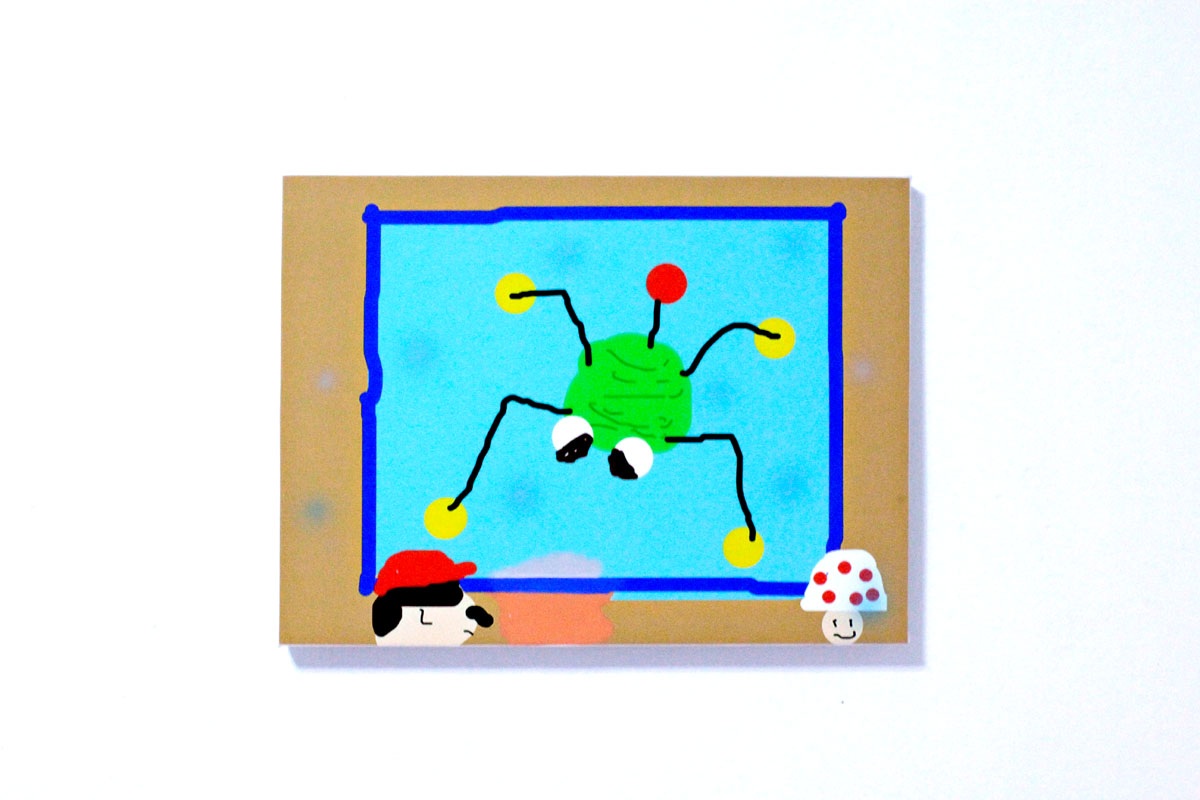 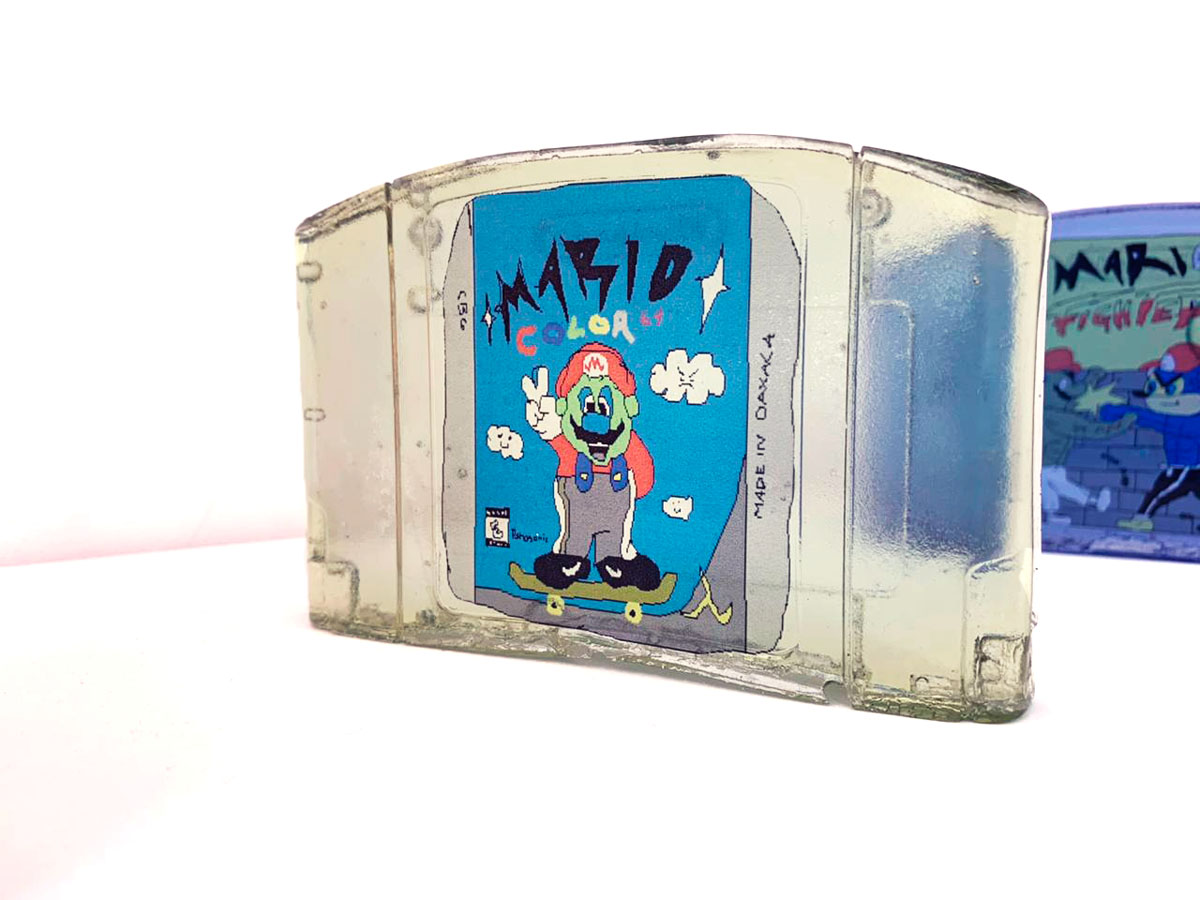 Not all cartridges are bullets and not all games involve war or competition. To address the commonality between games and war, it is essential to start with the cartridges. Flashback containers hold explosive substances, from gunpowder to microchips. In both cases the explosions operate between the taste of crazy dip and the roar of fireworks.

The exhibition Panasonic Q by artist Gibran Mendoza shows a series of sculptures representing reinvented video game consoles and cartridges. These speculative games, while emulating technological commodities, also point to how Third World gaming culture generates its own narratives and characters by dislocating virtual reality from entertainment. It is possible that these technological sweets are inscribed in an outdated baroque ethos, with vivid experiences of virtual crossbreeding, with a material condition of deceptive immateriality. Could these cartridges be the containers of urban designs of a compressed late-baroque?

It is said that a video game console is chipped when the hardware is subjected to unofficial interventions. The aim of these pirate alterations is to reproduce backup games or clandestine copies. Other interventions are deployed on the software: they are modded games, video game mods or video game modifications that refer to code attachments (hack) created by players who mount gadgets or add-ons. The idea is to dislocate the context of the computerized universes and to siphon off virtual reality to imagine irreverent characters and unknown textures—among other polygonal speculations. Princess Peach also dresses up as Spider-Man as the Palette People invade San Andreas.

What would a little plumber in colorful pants be doing surfing the polished concrete of skateparks in San Diego? The eternal rivalry between electronic giants and 64-bit mixed computer developers could be called Mario Hack: Pro Skater. For consumers, computing as a cultural phenomenon is an ethos sampled with bit architectures, a chipped reality or cognitive and neurototalitarian mix inserted in the urbanistic foundations of a post-work/post-work society, the ludotariat.

There are technologies that need other types of energy to function even when they are not turned on. They demand other types of resources just to be contemplated. It is said that the view as a way of working has been normalized with the ludification of digital interfaces. Therefore, the neuronal energy required for these attention processes notice how images are transformed to maintain their relevance: they are modified, stretched and compressed to remain there. Incorporating computer mods, they are increasingly dependent on the subjectivity of users to reinvent themselves—how?!

Ergonomics in electronic devices shows that the operating life of objects is too short and technologies are increasingly weak. In terms of value in use, however, the superb design to fit the body of its users reveals its symbiotic dependence on humanity. But perhaps these cosmetic devices were not meant to be used. Why turn on a video game console if its contemplation is much more profitable? We are before an unpayable debt of hardware-fetish with encrusted nature. Just look at them. Capsules and time objects with bottled organs. Instruments that materialize the absence in their construction that includes the holes and the bubbles of their morphology. The sublime experience of contemplating what is not present…

Among cables, chips and connections, the transparency of iMac G3 gave computer objects a colorful appearance, imposing an aesthetic of translucent technology, a fashion of shell that sweetened the grayish CPU towers and boring video consoles. Its strident casing made the hardware apples covered with candy, colorful arresinos that materialize the RGB of computer worlds. There is neither inside nor outside of Super Mario but the candy-colored codependency of the video game and its appearance artifact. Software and hardware are the same thing. The industry that Henry J. Waternoose imposed on the energetic sensibilities that Gibran Mendoza explores with his “panasonic” objects, places him as a fayuquero CEO, an early researcher of that late-baroque.zip, of the interpassive technologies and of the modelled contemplation.

We are in front of stimulating silicon objects, high-end processors closer to dildotectonics than to computers. Their secretion-ejector Silicon Graphics polygons eroticize the sedentary alienation and make it a candy crush, like a delicious technocapitalist Tutsi pop hook. Why not suck on the microchips of the computers? Little by little they demand their place as our most sensual treats…

Yes, Nintendo is sweet as candy…
it makes me cranky because everything is kinky nasty
even if it’s fancy and they make it romantic…

—Text and curatorship by Gerardo Contreras