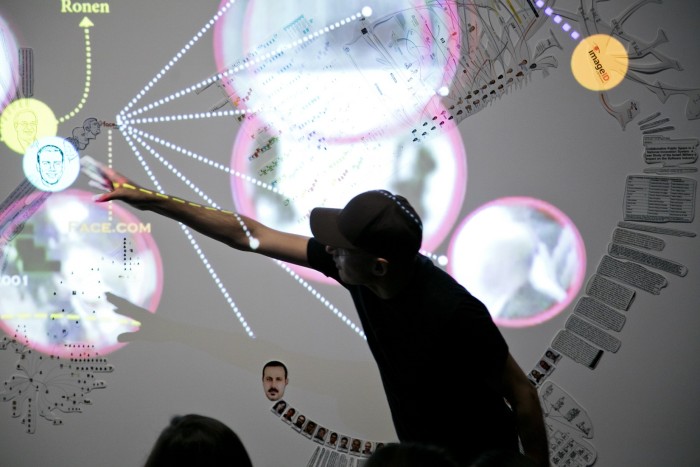 The art of our time undoubtedly has more political responsibility than ever. Akram Zaatari’s retrospective at Videobrasil in São Paulo and Walid Raad at the Jumex Museum in Mexico City perfectly illustrate this awareness on the part of artists. Using aesthetics as a metaphorical tool to understand society and its political organization, these two artists reflect as much on the forms they shape as on the systems of visibility in which they expose their work and make it exist.

Videobrasil, a promotional structure for video art created in Brazil in 1983, has a long-standing relationship with Akram Zaatari. The festival has shown and awarded many of his videos since the mid 1990s. Zaatari’s films draw on documentary techniques but also experiment with new film forms, sometimes using installation to intensify the relationship with the viewer. The latter is encouraged to use her visual culture as well as imagination to process the scenarios and sequences proposed, subtlety sending her back to her own identity and prejudices. Videobrasil invited Akram Zaatari for a first “retrospective” of the artist in Brazil in its newly inaugurated gallery space and directed the exhibition towards one of the central themes of his work, homosexuality. The love story between men becomes an aesthetic spring in itself, making it possible to envisage reality under another sensible regime. 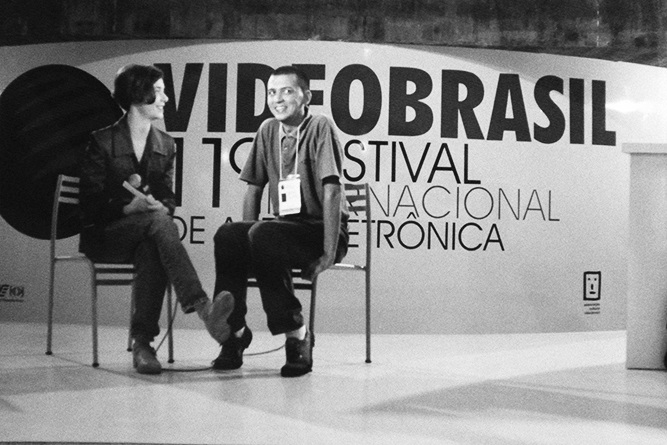 In Lebanon, homosexuality, although condemned, is relatively more tolerated than in other Arab countries [1] (although Zaatari himself remains silent about his own sexual orientation). Is the homosexual issue in the Middle East anecdotal to other more mediated emergencies, such as the fratricidal wars that have ravaged the region for decades? Recently, many countries where homosexuality continues to be severely repressed, called it a concept “imported” from Western nations to formerly colonized nations. It is also to this growing “racialization” of the world that the exhibition tackles —amoous intrigues directly represent the post-colonial conflict in its setting, dehumanized by politics and the media. In Beirut, exploded views (2014), exploded, various men, workers, refugee-like figures, vagabonds, children and soldiers wander in a half empty construction site, whose lack of progress could be inasmuch due to bankruptcy than a silent civil war. The artist appropriates the cliché of inimity between Arab menand displaces it in the domain of the intimate and the fictional, while the cliché of universal “fraternity” is incarnated in a disturbing eroticism, silent exchanges organizing the economy-like trade of feelings, paroles replaced by the sound of the whatsapp messages entering smartphones. In all videos, women are disturbingly absent. Ethereals in The End of time (2013), provocative and victimized in Red Chewing-Gum (2000), invisible and whinny in Tomorrow everything will be alright (2010): the precarious masculine bodies of Zaatari become a sort of universal allegory for other forbidden/ghost bodies, protagonists of the violence of war, religious prohibitions, insecurity, endemic poverty, criminality, racial hatred, sexism, climate change [2]… 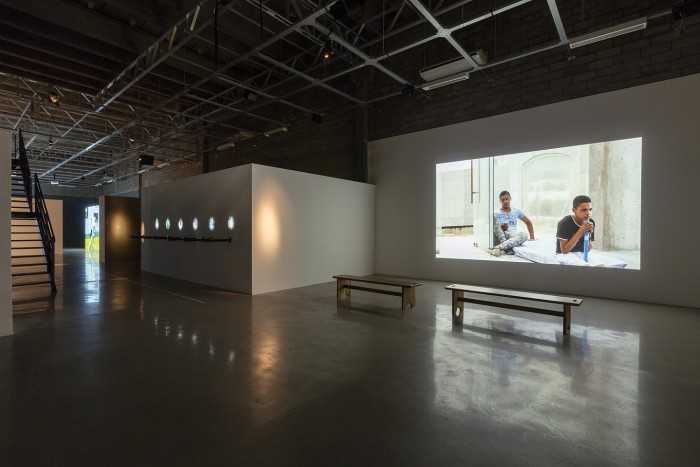 The allegory echoes the current reality of São Paulo in a particularly pertinent way, touched by the conservative retreat that has recently stormed the country and given Brazil’s particular situation when it comes to LGBT rights in that context. At the Jumex Museum in Mexico City, the exhibition by Walid Raad also tries to give substance to a reflection on subordinate subjectivity, between “peripheral” countries whose cultures keep seeking a hopeless Occidentalism. The parallel with Mexico at this point is very relevant and gives an additional anchor to the exhibition.

I attended the artist’s performance at Jumex on December 1st: Walid Raad arrives. He wears a cap and speaks a pleasantly international  English. During half an hour, he talks in front of a wall diagram whose different parts are successively highlighted by video-projected additional elements. Raad explains quite a complicated story where art, capital, geopolitics, ethics, religion and race hold great importance. The story involves many named actors of the international art world, among them Mexicans and Middle-Eastern actors, transparently challenging the oligarchies whose interests built the very museum the conference was held within. At the end, the different aspects of the story are anecdotal, as Raad’s main point is to expose the powerful mechanisms of fiction –as present in art– an oeuvre in the geopolitical narratives and conspiracy theories that surround us, pinpointing access to information and its organization as the contemporary keys to power. Raad’s work renders visible the endless conflicts of interests that compose the world, stating the end of a possible Universalist consensus –while being very aware of the remaining pre-dominancy of western interests over others. Americans, Europeans and their allies are still writing the official versions of History. But different story telling can be proposed, suggests Raad. The zeal by which Raad tries to represent, by as many means and points of view possible, the experience of war and its violence on the individual may also come from him actually not living most of the civil war in the eighties, his family having fled  the war  to come live in the USA. Especially the work made through the Atlas Group, a fictional collective rescuing images and testimonies about life during the Lebanese civil war, allows Raad to become a witness of events that he didn’t live. Gathering images of engines of bombed cars after their explosion (My neck is thinner than a hair: Engines, 1996-2001); marking with color dots the impact of bullets on facades of building to identify the nationality of the assailants (Let’s be honest, the weather helped, 1998-2006); pretending to find a forgotten roll of film of 1982 from Raad himself documenting the first invasion of Israel of the West Beirut (We Decided to Let Them Say ‘We Are Convinced’ Twice. It Was More Convincing This Way, 1982-2004)… The archive that we see, by its tangibility and materiality, primes then over experience. 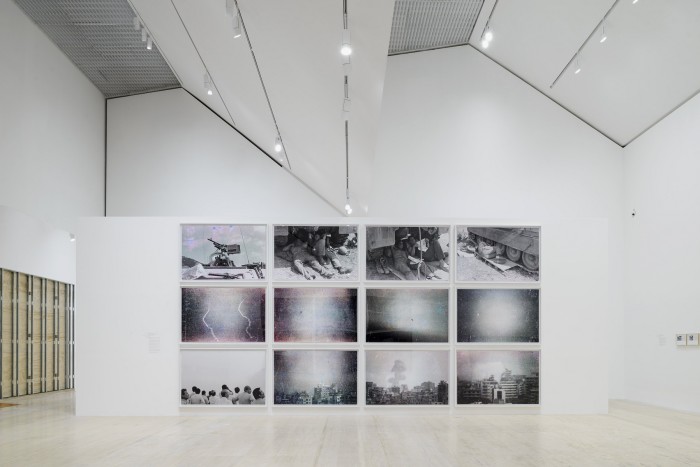 The archive is actually at the heart of one common project of Zaatari and Raad, the Arab Image Foundation, whose mission is “to collect, preserve and study photographs from the Middle East, North Africa and the Arab diaspora [3]”. The project detaches itself from authored artistic activity, although its aesthetic dimension can’t be denied, to invest as citizens in the public sphere. The foundation poses the question of the role of the archive within countries that large spans of history have occulted or transformed to suit the interests of some over the others. The combination of artistic and non-profit/militant activity has a tradition in the art world, often allowing artists to play with systems passing from one side to the other. In the case of Raad and Zaatari, the mix makes even more sense given the polemic nature of each of the artists’ practices and, interestingly, their efficient compatibility with the art market and institutional world’s demands. Raad and Zaatari know the corporate and military worlds: Lebanese contemporary reality is molded by these institutions, and the way they play with censorship within the liberal global art system to make the politically-incorrect emerge, moving representations only take advantage of the grits in the system, just as the world elites are doing everyday with law and networks  always on their side. These artists process through camouflage, lie by omission, seduction, and attitude intended as weapons to counter the bad faith of the power in place. 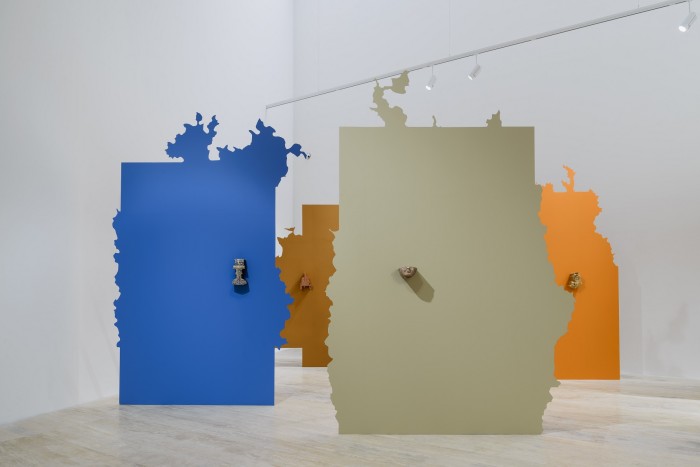 The relevance of the shows by these two artists who work on the representation of the Arab world in the current Latin American context can’t be denied. The Mexican and Brazilian public can experience the works in a way that a western audience can’t, because they are countries which have experienced violence and oppression, as well as colonial occupations that have given rise to various treatments of the race. What can art say in these situations? To a certain extent, any art defines its own existence and limits itself by answering to a given context, and war is no exception. The art of Raad and Zaatari may thus allow us in São Paulo and Mexico to see own hidden conflicts with different eyes our  —and possibly find courage to confront them. 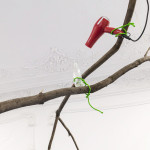 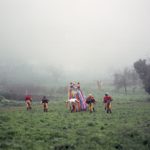 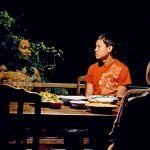 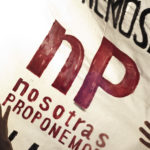