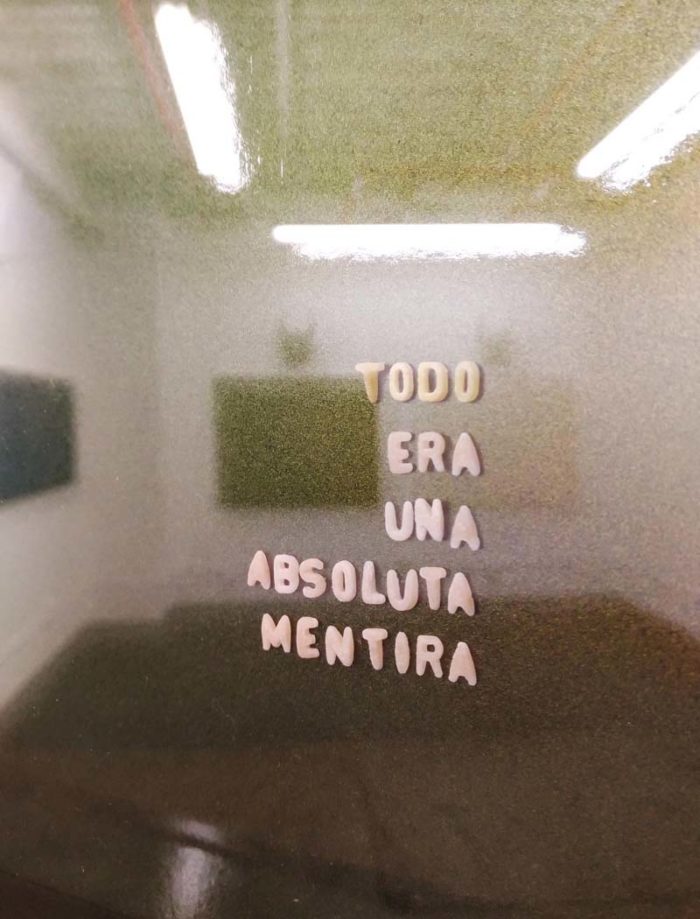 Terremoto: proyectosLA is a commercial platform in Los Angeles that gathers Latin American galleries of modern and contemporary art under a proposal to rethink the common format of an international art fair. The Pacific Standard Time: LA/LA frames the context of proyectosLA setting a critical conversation around latinx art. How did you think about the idea of ​​the fair knowing that there is an audience that has to recognize critically the genealogies of Latin art? Did you try to underline certain dynamics against the logic of the booth?

Claudia Segura: It was a real challenge to try to make a fair format look like an exhibition, starting with the removal of the walls, because of course, both galleries and artists, in a context of an art fair are not used to to not having booths. Thinking about space led us to face the challenge of generating dialogues between contemporary and modern artists, where there were apparently none. One of the first intentions of the project when they invited us was precisely to break the barrier of the category of “the latinx.” This category is very stereotyped and the intention of the project is precisely to bombard that stereotype, from the generation of dialogues within a common framework, such as: the theme of identity, syncretism, nationality, feminism, utopia, possibility, fiction… themes that mark the works beyond “the Latinx” understood under the tag logic of the market. 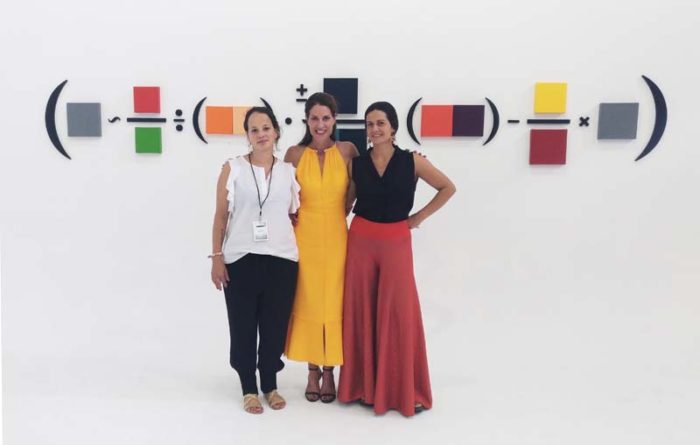 Terremoto: You and your partners, Teresa Iturralde and Patricia Fajer, have a background creating links between Latin America–especially Mexico–and Los Angeles. How do you feel about the PST and your project changing lines regarding this relationship? You know many people are very pessimistic about it on the long run, after the PST rush…

Tracy O’Brien: All of us are excited for the opportunity that PST brings to really look at the History and the connectivity of Latin America through art. We have strong hopes for the future, because we think there are strong ties and dialog, and we’re very optimistic.
PST and initiatives like ours are going to strengthen that relation.

T: Are you confident that you are going to be able to sustain the attention throughout the two months of the fair?

TO: You know, obviously, there’s going to be peak moments when people are in town, but we’ve been so excited with groups contacting us through the press, through friends, or galleries, asking to come and visit. One on one work is important, advisors and collectors come and say: “Hey, I’m not as familiar with the work, so I really want come, and spend time, and I want someone to take me through it”.

T: Do you think you participate, on a more global level, to a renewal of the art fair model?

TO: I just think these galleries are looking for different ways to connect to cities, and I feel there’s ironically an under-connectivity or lack of connectivity with Latin America. I feel it’s an opportunity to really look at the work that is produce in the region and exploit it. The idea was having these galleries participating in Los Angeles, which most of them are here for the first time in the city. So the question was how best to do that, and find a way for them to spent time here, being able to connect with clients and institutions, I don’t know if this is the answer. We’ll get feedback from everybody afterwards. We are trying to figure out the best, most economical way for galleries to connect in LA, but we’re sure they’re looking for other cities as well. 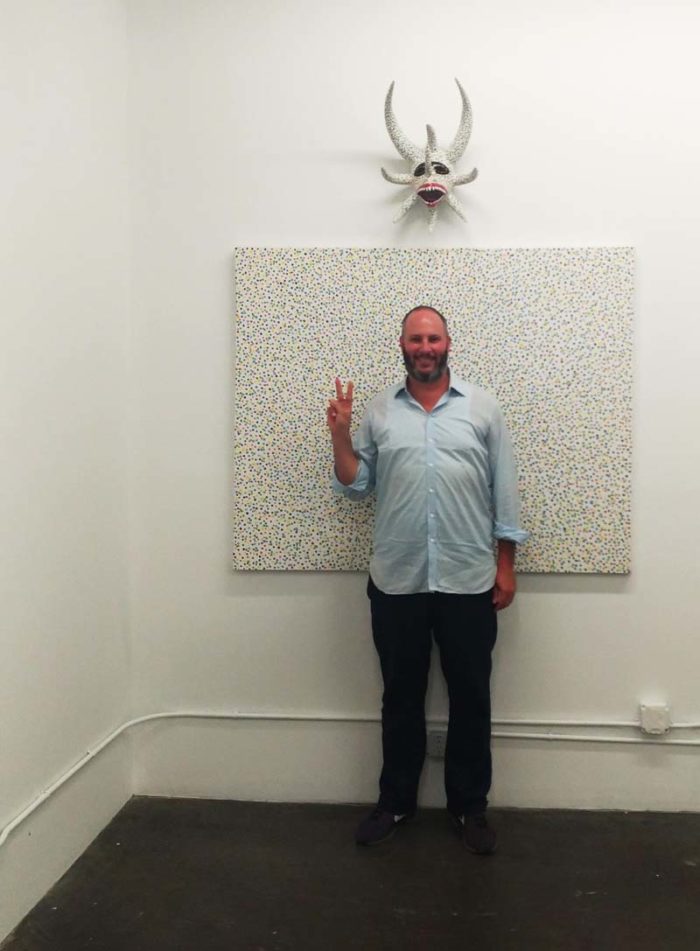 Pablo León de la Barra: Pacific Standard Time seems like an initiative that was necessary for a long time. Is very good that Los Angeles has the potential to connect with Latin America, based on a history of centuries of relationship, especially with Mexico. The region had not harnessed that potential, and it was something Miami was capitalizing on, so the iniciative is a way not only to balance, but also to create new connections and thoughts. In addition, we must celebrate that an initiative like this that invests such a strong amount of resources in making these exhibitions.

Terremoto: There is a very strong political current related to the visibility of Latinos and Hispanics in the US now, what do you think of this?

PLB: This visibility has been present in California, but it has expanded beyond that state. It is a reflection of the constant struggle for visibility from Los Angeles from which to learn just as many other artists have historically reacted to it. Another important thing to emphasize would be the roaming of some exhibitions that go to Latin America which will allow to observe connections and collaborations. However, many of the exhibitions do not travel outside the US so many of these relationships will not be possible to visualize in context. In general, it is an incredible effort that an institution invests so much in making this possible, which allows, for example, to rethink what could be a Biennial: instead of being an event that happens in a single place every two years, it is an event that happens in several venues around the city every three years, and where all focus on a theme specific. I think it’s an interesting example that other cities could learn. 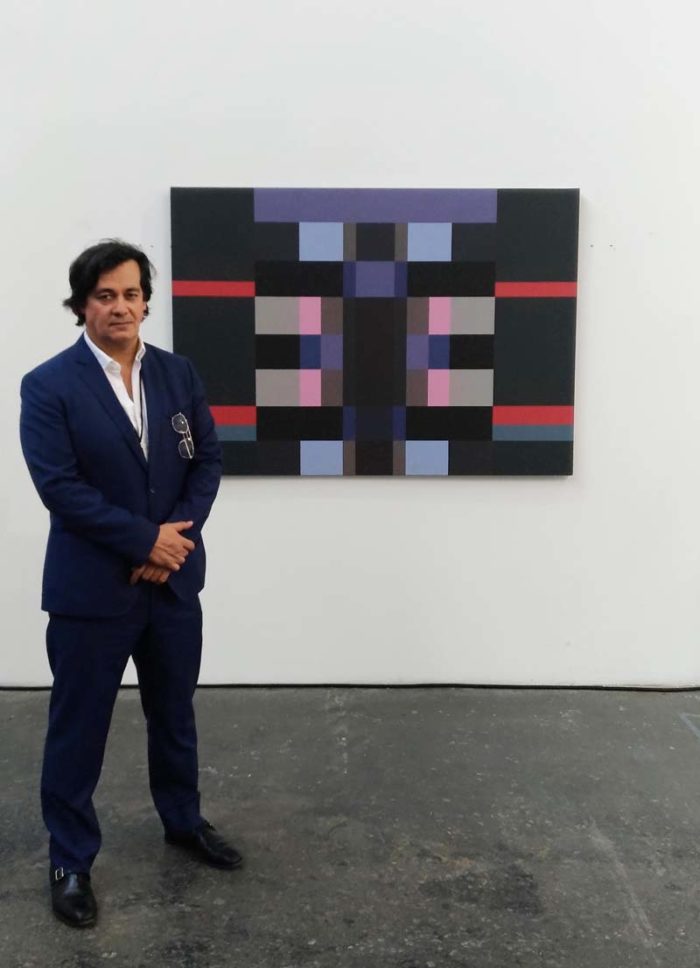 Terremoto: As a gallery focused on Modern art, what is for you the relevance of being in the context of proyectosLA?

León Tovar: The work we’re showing, which is from the 60’s and the 70’s, may get confused as contemporary. When you put these in a certain context, they dignify each other, and you realize how important Modernism is to contemporary art, as well as what today might be considered as vanguard. A good part of the information that new artists have comes from historical works.

T: Do you think that for the American audience the PST is an opportunity to unite distinct historical ends as a reflection of the little historicity that Modern art has has in Latin America.

LT: The audience know a lot about Latin American art. It’s been 14 or 15 years of very important exhibitions in museums from all over the world, since Body and Soul at the Guggenheim, to the last Soto exhibition at the Pompidou. With the PST the importance of Latin America is shown—from the historical to the contemporary—as well as the importance of the West Coast market. What we bring to proyectosLA is something more intellectual but very collectable, which has awakened the appetite of museum and important collections here. Also, it’s work completely undervalued. There’s a lot of braveness in the artists that come from other countries, artists who have reached levels of sophistication comparable to those from the art of the 50’s and 60’s, as is the case of Soto or Edgar Negrete. When you learn all what the artists in the 70’s had to do to survive, you start to understand the value of their work according to their context. It’s evident that there was a lot of important and eternal creations in Latin America when you realize the relations that exist between artists that have been historicized and the ones who just start being historicized. 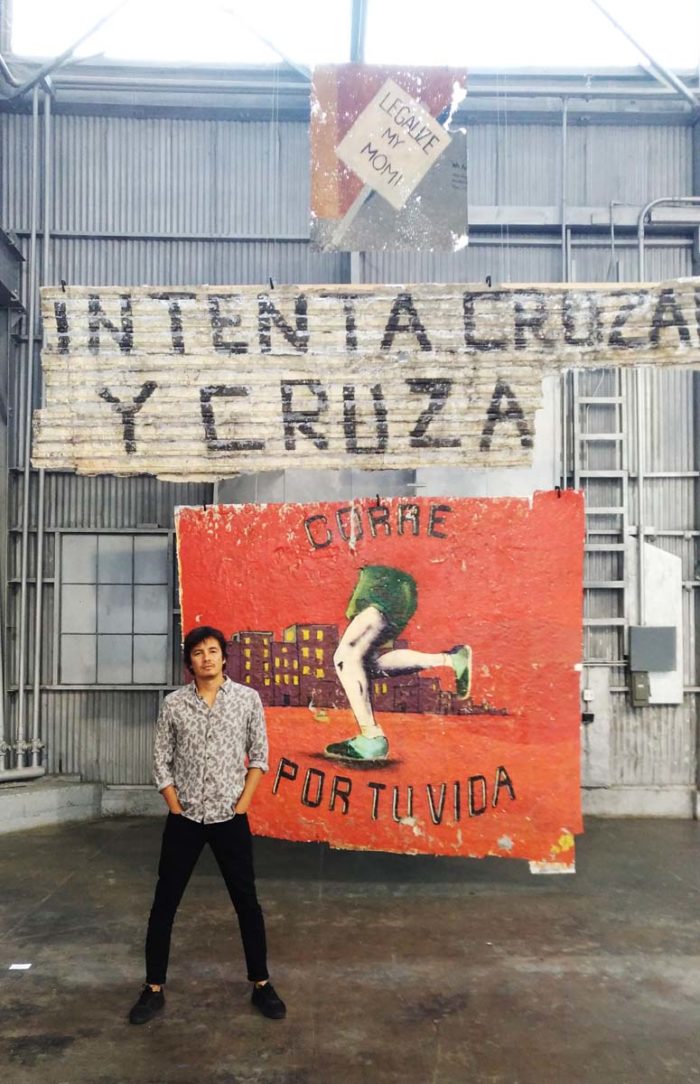 Terremoto: Could you talk a bit about the work you make from Graffiti?

José Carlos Martinat: It’s a work that since 2010 I usually do from graffiti from different places. In Lima, when we have electoral campaigns, the city gets bombed with text: political parties fill walls with slogans and promises. Based on this, the idea to develop a technic that would allow me to extract wall layers occurred, so then I would get letters of words from these politicians to form new phrases that questioned them, phrases that would then return to the streets. The work mutated and changed –like every work I make– which allowed me to go to other contexts with the series. One month and a half ago I was in Venezuela, during the delicate process of Maduro’s constitutional, it was hallucinating. I was interested in what was happening there, specifically in what the resistance was doing, who use everything they find on the streets to protect themselves. There is an urban thing, very interesting and moving and in a way admirable. There are guys who are in the front and protect themselves with cardboard shields, it’s a fucked up dictatorship. I specifically focused in street looks, both from the government and the resistance. I removed messages from both groups and mixed them to form a phrase that is here presented as a continuation from the project. 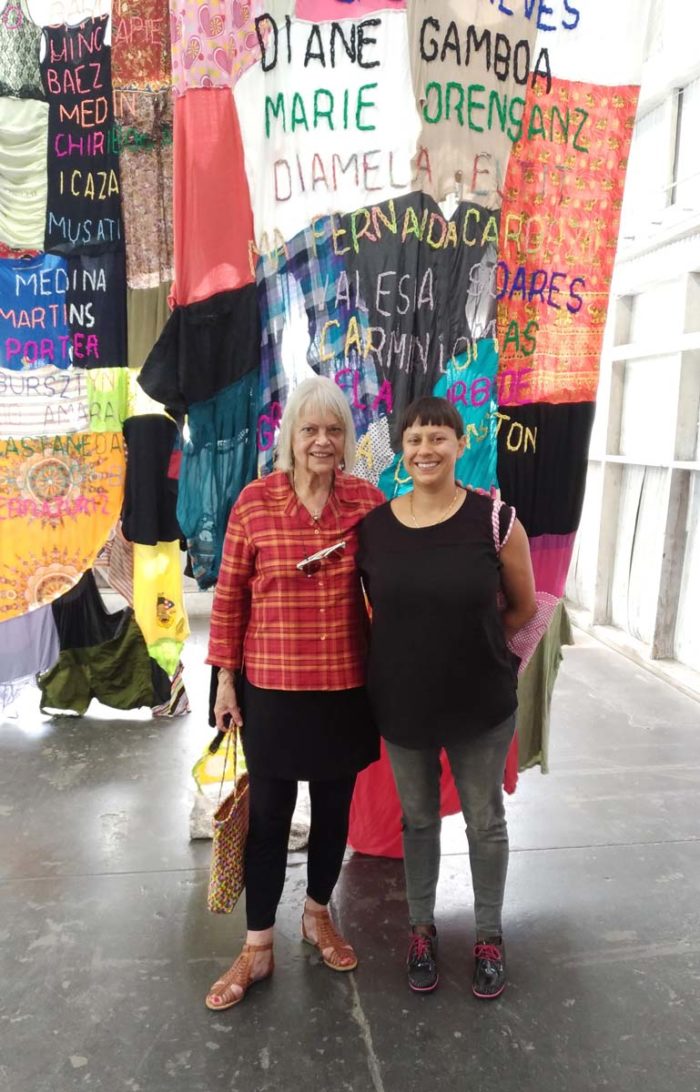 Carolina Caycedo: I present work from 2010 which I did after coming to Los Angeles for the first time. I began to understand this context, what they call Chicanx art and Latinx art, in contrast to what I learned as “Latin American” art in Colombia. From understanding the so rich and dense connections, the work is a humble attempt to give a review of the Latinx and Latin American art history from a perspective identified as feminine. The clothing that forms the work was collected through contemporary artists close to me, as well as people in my family: things are mixed with my grandmother’s, my aunts’ and mates’ with Regina José Galindo, Mónica Rodríguez, Manuela Vieira, and even a thong that Juan Pablo Echeverri gave me. The work is a personal vision of art history, which includes people who had influenced me.

Terremoto: Thinking also of this serpent book (now visible in the exhibition A Universal History of Infamy in LACMA) and other works you have done regarding indigenous cosmogonies and ancient wisdom, do you think that one of the contemporary artist’s tasks would also be to rescue or invent new genealogies?

CC: Yes, totally, and also how to use different languages to convey certain ideas, such as narrative or accumulation of things, or genealogies of resistance. To establish family-type relationships–not only with other people, but also with the environment natural–rather than a corporate exploitation relationship. To work around these new genealogies from the visual field would help to face the regimes of oppression. 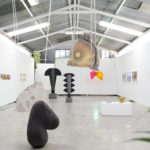 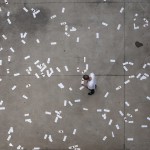 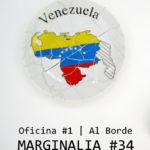 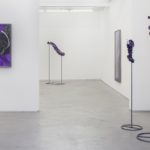