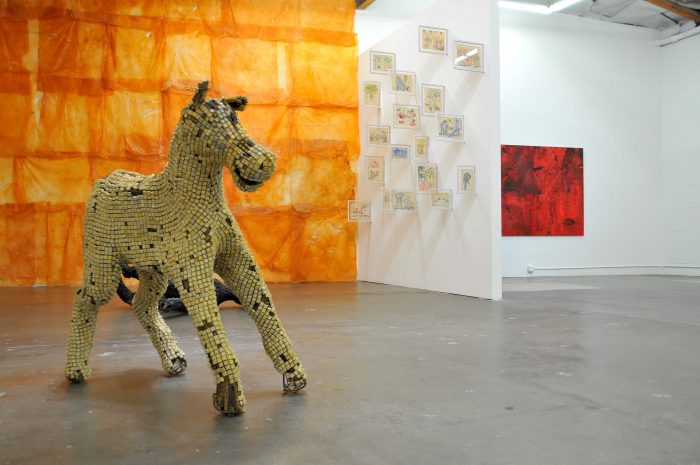 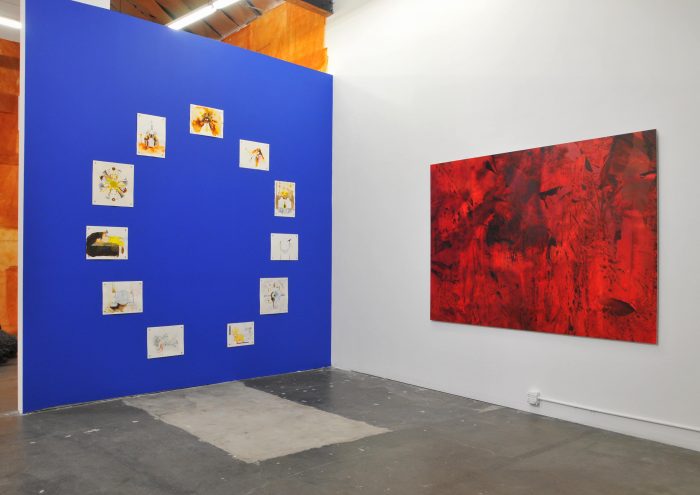 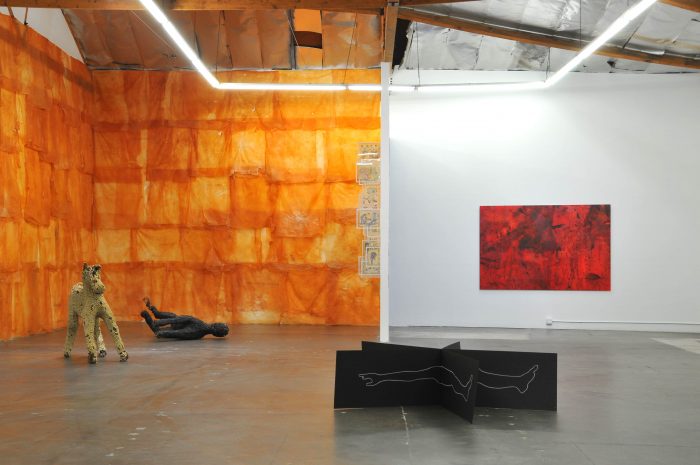 The Mistake Room presents Where The Sea Remembers, an interdisciplinary project comprised of an exhibition, a program series, and a website that explores Vietnamese contemporary art. This project marks the launch of an institutional restrictions on foreign investments, the privatization of state-owned enterprises, and the arrival of multinational corporate conglomerates, Vietnam also softened its borders—allowing for expanded tourism, professional exchanges and broadened travel opportunities for Vietnamese citizens. This facilitated movement also gave way to returnees—foreign-raised Vietnamese refugees who returned to settle in their homeland. Among them were artists, who alongside local stakeholders helped found new independent spaces for the cultivation of emerging talent and the production and presentation of contemporary art. With a host of new industries burgeoning in the country, a reinvigorated institutional circuit, and broadened access to a global intellectual and peer network, conceptual art practices flourished—paving the way for a generation of practitioners invested not only in painting and sculpture but also in video, installation, and performance.

Rather than prescribing an encompassing thematic framework, artists’s interests function as the structuring devices that organize the presentation of works in the exhibition. These interests include the role of technology and media in the construction of a socialist-oriented market economy; the re-interpretation of history through the construction of personal mythologies; the refugee experience and futurism; and the body and performativity. Through these interests, the artists in the show also unveil an expanded way of considering artistic production from the region beyond the well-known themes of war, displacement, and trauma.

A focus on technology and media is seen in the works of Võ Trân Châu, The Propeller Group, and Trong Gia Nguyen, who employ digital methods to bring into art production the forces that are shaping contemporary society. Võ Trân Châu uses scraps of used clothes to sew together large-scale textiles that transform photographs of factory workers in the 1960’s into pixelated images that speak to the transition from the analog to the digital. Trong Gia Nguyen presents a wall work from a series that imagines cracked mobile phone screens at the scale and in the materials of colonial architecture in Vietnam. In a new iteration of their Viet Nam: The World Tour Project, The Propeller Group attempts to rebrand the nation through a new mural commission and a line of merchandise that speaks to the tensions between communist and capitalist ideologies.

In the works of Phan Thảo Nguyên, Trương Công Tùng and Nguyễn Văn Đủ, histories are reconsidered. Phan Thảo Nguyên will present a series of drawings from her Poetic Amnesia project, marking the first time these works are presented in the US. Using pages taken from Rhodes of Viet Nam, she re-imagines the colonial travelogue as a constellation of images that aim to re-inscribe Vietnam as a place that is both foreign and familiar. Trương Công Tùng presents a wall-sized installation of soil-imbued plastic bags and mixed-media sculptures, repurposing the myths of Vietnam’s central highlands as a means of representing the rapid changes brought upon by industrialization. In Nguyễn Văn Đủ’s paintings, scenes of butcher shops in Vietnam, made with paint and blood, challenge traditions of historical still life painting. This will mark the first time the artist’s work is presented in the US.

Similar to today, the experience of refugees fleeing war was a key traumatic event experienced by the greater Vietnamese community, whether at home or abroad. In Thu Van Tran’s photograph, From Green to Orange, the artist depicts an abstracted forest scene in a silver gelatin print that is produced and then immersed in rust and dye to make the forest appear as if it has burned, echoing the familiar war photography produced and circulated during the Vietnam War. Tuấn Andrew Nguyễn uses refugee blankets treated with resin and then framed to create futuristic cartographies of an undetermined place. A reference to the experience of displacement, the works speak to the artist’s biography as well as the stories of millions of people who fled Vietnam after the war. This will mark the first time this body of work is presented in the United States.

The representation of subjects through the body and performance is explored in works by Phan Quang and Thinh Nguyen. Quang’s powerful photos of Vietnamese spouses of Japanese soldiers and their descendants make their US debut in the show. The photos portray members of five generations of a community that has endured alienation and discrimination and that until recently was not recognized by either Japan or Vietnam. Portrayed in their homes, and covered by a veil made from a material used to make kimonos, the subjects photographed carry the presence of their Japanese fathers whose complicated relationship to them has marked them in difficult ways. In a similar manner, Vietnam-born, Los Angeles-based artist Thinh Nguyen’s photographic installation and accompanying performance—based on a road trip across the US Midwest—explore interpersonal relationships between people who are radically different. The aim of the project, documented through quotidian imagery, is to test the possibilities of connecting with others from highly different backgrounds–a quality that is shared amongst all the artists in the show relating opposing or even contradicting thoughts, ideas and cultures through their work.