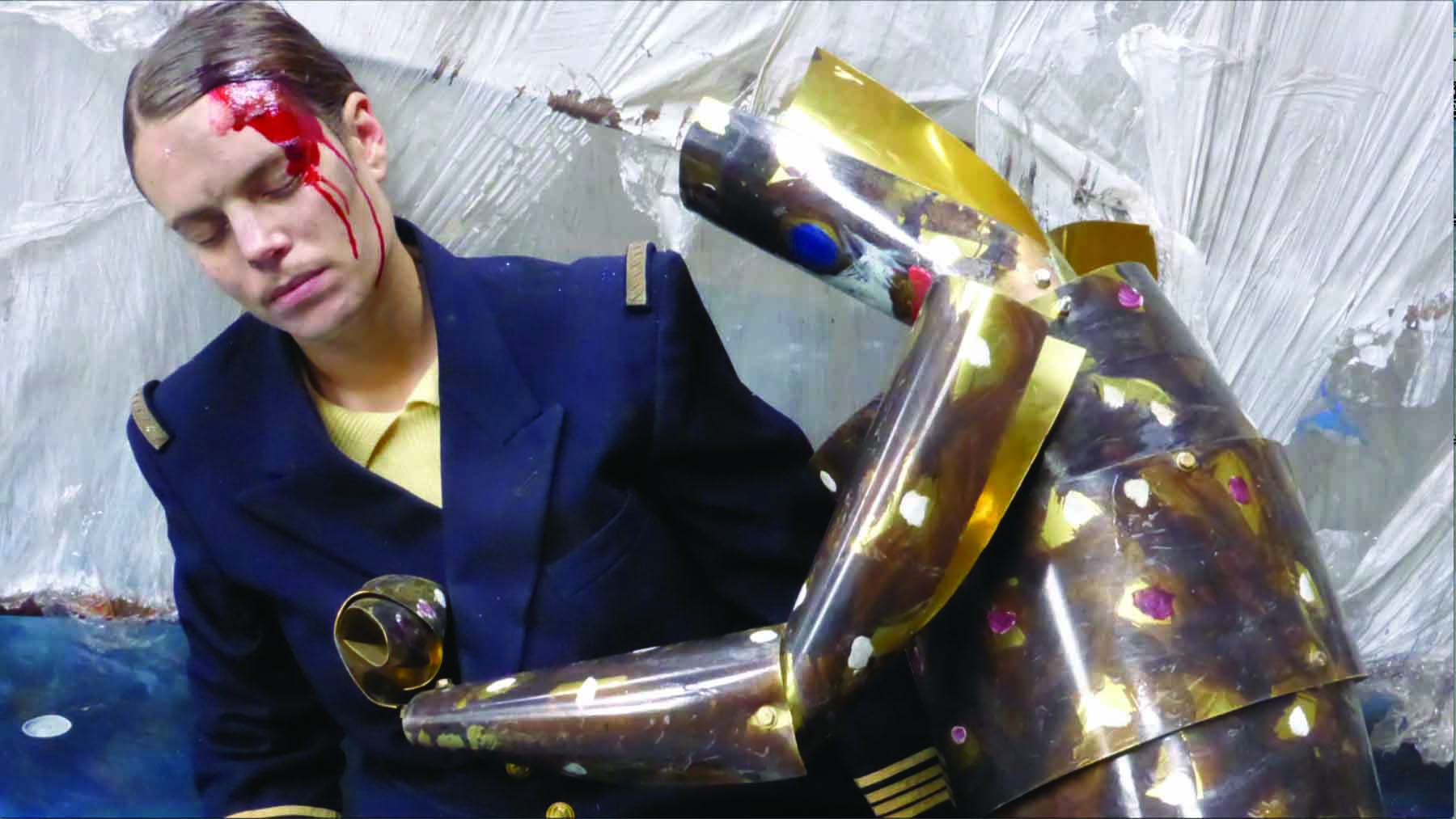 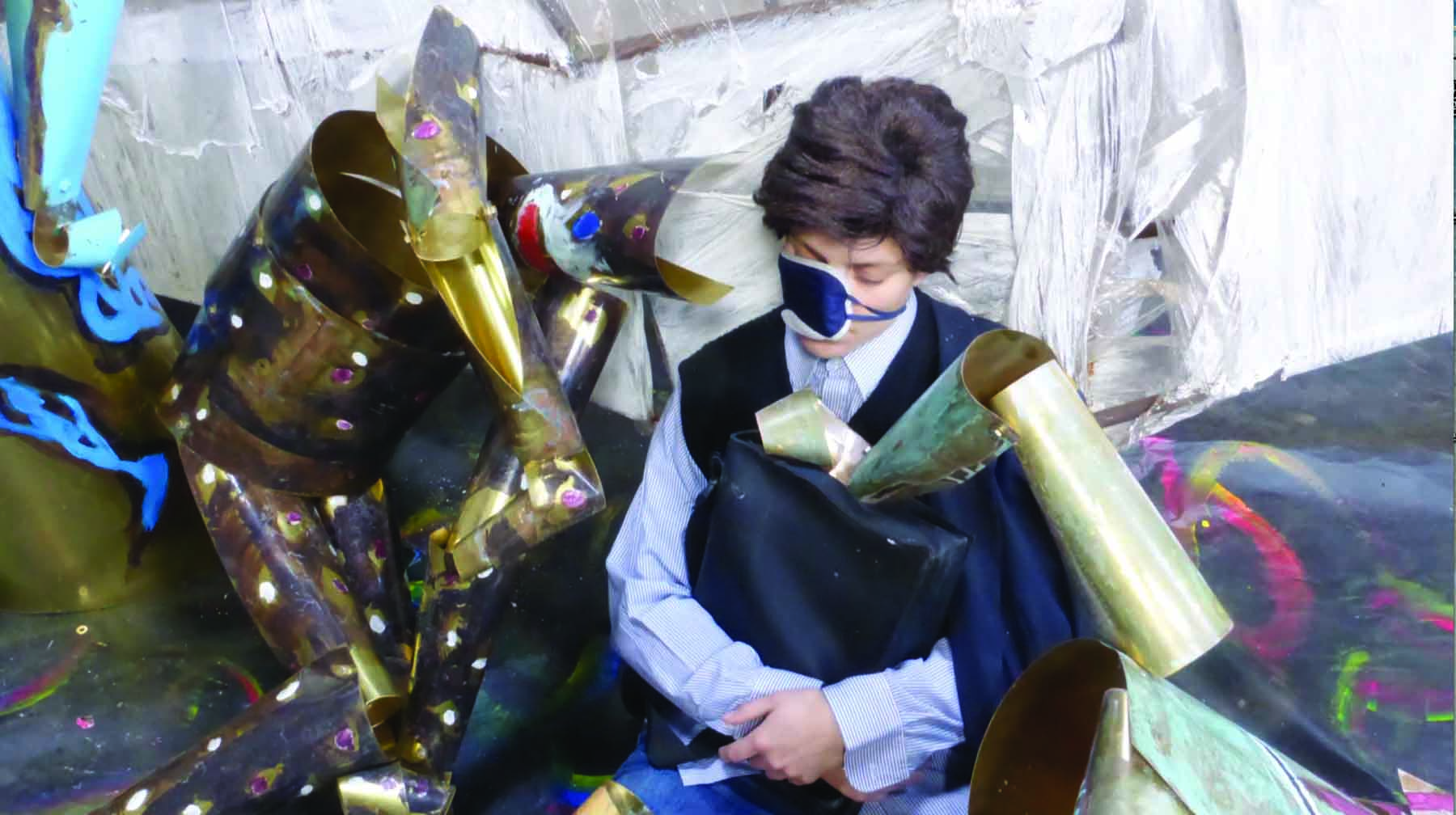 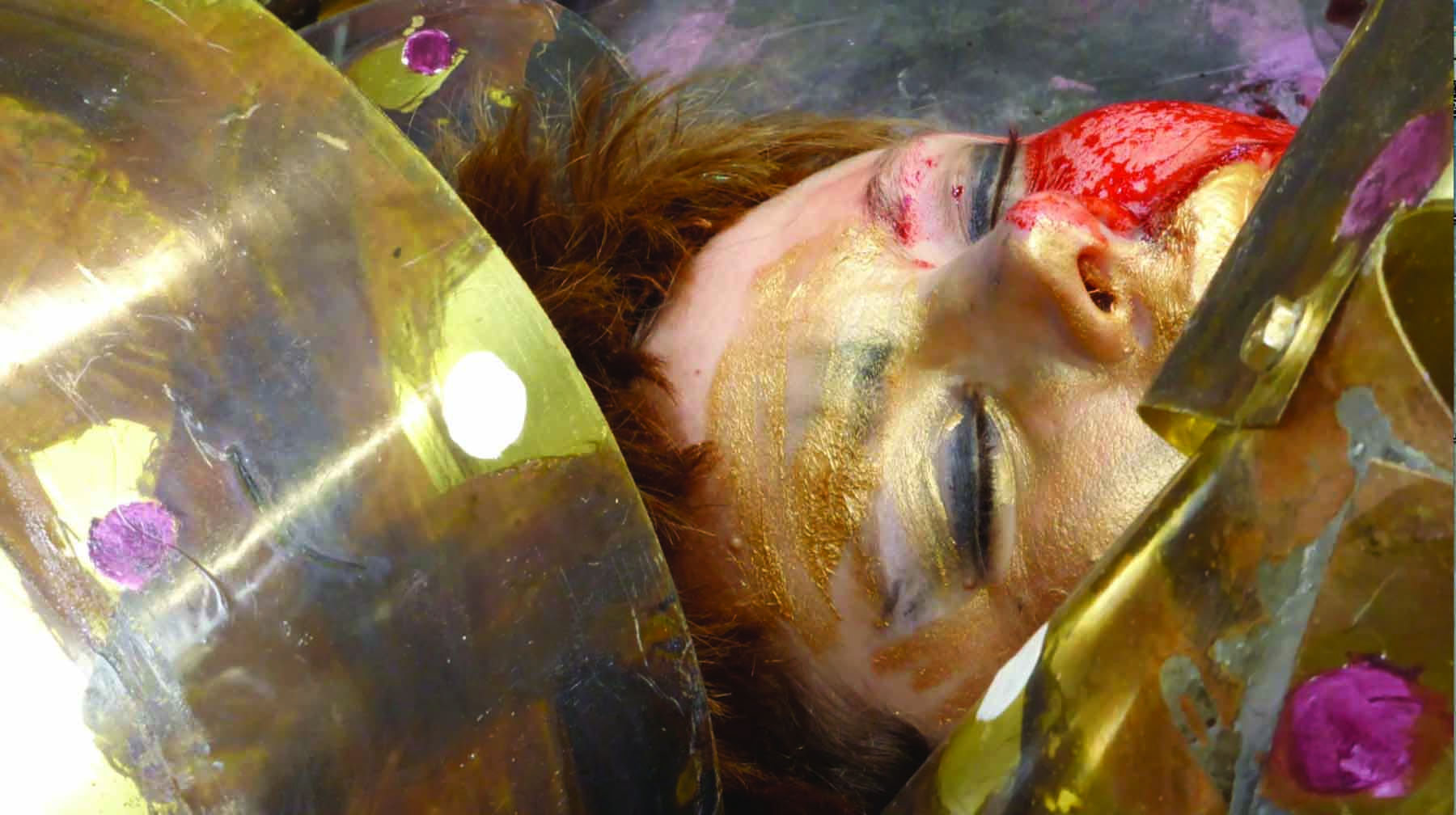 With the opening of Caroline Mesquita’s show, In Vivo, postponed until Pivô resumes its public activities, the French artist has her video The Ballad (2017) screened at Pivô’s website. The Ballad is available online until May 24 at www.pivo.org.br, as a courtesy by the artist and the galleries carlier | gebauer and UNION PACIFIC.

The film was part of an installation presented in two individual exhibitions at the Ricard Foundation, in Paris, and the 221A, in Vancouver, curated by Martha Kirszenbaum in 2017. The Ballad is the story of an airplane crash. The film’s characters, passengers, pilot, hostess, mechanic, all played by Mesquita, interact with a series of colored brass sculptures, resulting in scenes that are trippy and surreal.

“The idea is that the sculptures can become different things”, tells Mesquita, “sound, videos. In the films we see the sculptures getting painted, falling, scratching each other. Metal has this ability to transform, it can be cut, merged. In The Ballad, I make the metal characters speak, react, the sound comes from manipulating them, making them clink, it is produced through their bodies, like noises coming from them, a kind of language”.

The artist also gave an interview to In Vivo’s curator Dorothée Dupuis discussing the film and installation that embodies many of her ways of thinking and making. The interview is available at www.pivo.org.br.

In In Vivo, Caroline Mesquita will present at Pivô a series of works created especially for her first show in Brazil. The exhibition is an unfolding of the show conceived for the context of the Fondation d’entreprise Ricard award, in Paris, in 2017.

At Pivô Mesquita will show a video installation composed of a large “mother cell” and a film commissioned for the exhibition. Since a few years, Caroline Mesquita has been developing ambitious video installations, in which sculptural elements are characters, as well as the artist herself. The films are produced in stop-motion and have Melièsque accents. For the exhibition at Pivô, Mesquita distances herself from the large rolled metal figures of her beginnings, and the noble materials (copper, brass) that composed them, to get immersed in the manipulation of cardboard, paper and plastic, so-called “poor” materials, leaving more room for the fragile and the ephemeral. Her new video is an oniric exploration of the inside of the body.

The realization of In Vivo is a co-production between Pivô and the Fondation d’entreprise Ricard and has also the support of Institut Français, The General Consulate of France in São Paulo and Triangle France – Astérides. The show’s opening is postponed until further notice since all Pivô’s public activities were halted due to the COVID-19 pandemic.