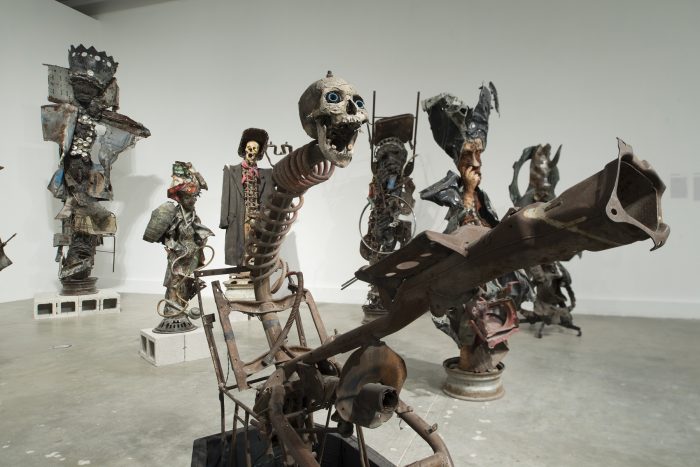 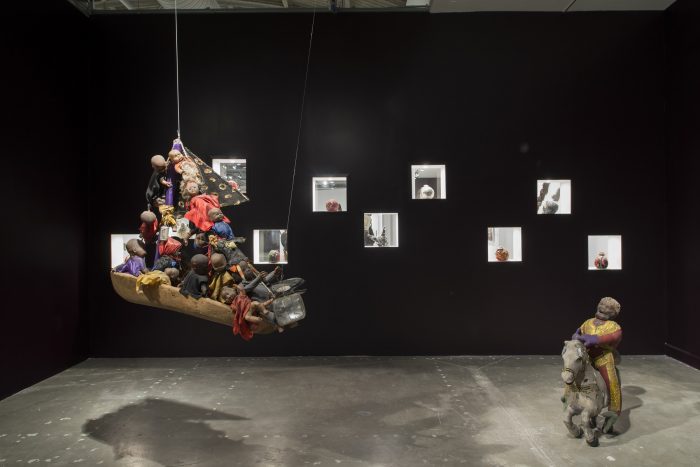 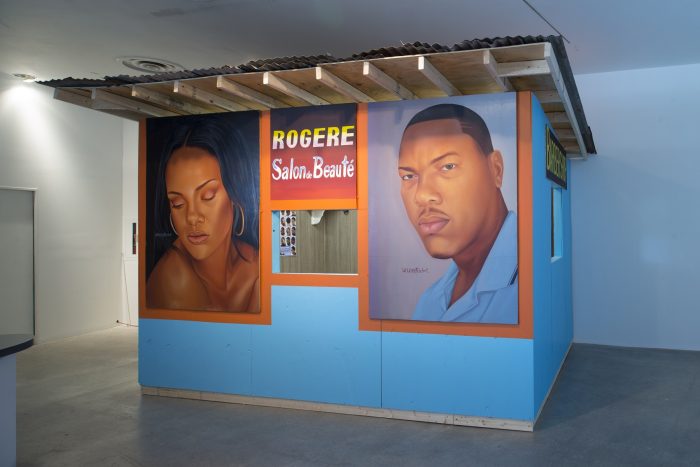 In conjunction with Haitian Heritage Month, the Museum of Contemporary Art North Miami (MOCA) will display PÒTOPRENS: The Urban Artists of Port-au-Prince which brings together the work of over 20 artists working in the Haitian capital. The exhibition highlights Port-au-Prince’s many diverse centers of cultural production, informal street life, religious heritage and mythologies to create a compelling portrait of a historically significant and intensely complex city in flux.

Co-curated by Haitian-American artist and curator Edouard Duval-Carrié and British artist and curator Leah Gordon, and organized by Pioneer Works Founding Artistic Director Gabriel Florenz with special advisor Jean-Daniel Lafontant, PÒTOPRENS is a large-scale exhibition of sculptures, photographs, and films, accompanied by a recreated Port-au-Prince barbershop as well as extensive public programming. The entire exhibition is depicted in the native Haitian tongue Creole.

Port-au-Prince is a polyphonic city declaring its cultural history via multiple voices. Representing one of the most vibrant and creative cities in the Caribbean, PÒTOPRENS is not simply a survey show, nor is it a comprehensive snapshot of contemporary Haitian art. It is an exhibition that uses the city of Port-au-Prince as a lens through which to view the chaotic intersections of history, music, politics, religion, magic, architecture, art, and literature— to enable the viewer to reflect upon the past and speculate about the future of this vital city and its country.

The exhibition presents a diverse group of sculptures including sequined Vodou flags, stone and wood carvings, and found object assemblages, most of which have never before been seen in the United States. The sculptural installation mirrors the organization of the city itself by highlighting specific districts in Port-au-Prince where art is produced—each with its own particular subjects, forms, and materials. The neighborhood of Bel Air, situated on a hill that rises behind the remains of the Catholic Cathedral in downtown Port-au- Prince, has a rich concentration of Vodou flag artists and sequin sculptors—a tradition alleged to have originated from the royal flags and banners of Benin.

Rivière Froide is a community of sculptors living on the banks of the river that passes through the city’s Carrefour neighborhood, who carve their work from limestone and other detritus found at the water’s edge. At the southern end of Grand Rue, the main avenue that runs north to south through downtown Port-au-Prince, is a close-knit community sited in the area that has traditionally produced small handicrafts for the ever-diminishing tourism market. Taking readymade and recycled materials from the makeshift car repair district nearby, the Grand Rue artists make assemblages that transform the detritus of the world’s failing economies into apocalyptic images. Sculptors include Katelyne Alexis, Karim Bléus, Jean Hérard Céleur, Myrlande Constant, Lhérisson Dubréus, Ronald Edmond, André Eugène, Guyodo (Frantz Jacques), Ti Pelin (Jean Salomon Horace), Evel Romain, Jean Claude Saintilus and Yves Telemaque.

The exhibition includes a selection of photographs and films that further contextualize Port-au-Prince as a far more complex city than is often represented in the news. Photographers Josué Azor, Maggie Steber and Roberto Stephenson portray the city as one of radical sexual politics, seductive interiors and informal economies, as well as loss and destruction. Azor sheds light on the queer underground scene in Port-au-Prince; Steber captures Grand Rue in the aftermath of the 2010 earthquake; and Stephenson photographs the city’s architecture including the famed “Gingerbread” homes of Pacot. Meanwhile, the film series—with selections ranging from art film to documentary—illustrates many decades of the city’s history. Among others, the program includes Beatriz Santiago Muñoz’s Marché Salomon (2015), a poetic response to the lives of the market people of Port-au-Prince; Anne Lescot’s Of Men and Gods (2002), which reveals the relationship between Vodou and homosexuality; and Jørgen Leth’s Dreamers (2002), a decades-long tribute to the last generation of Haitian artists.

Additionally, an installation pays tribute to Port-au-Prince’s innumerable barbershops, which are not only fundamental to the city’s social cohesion but are unique sculptural objects in their own right. Often constructed and furnished with off cast materials, the barbershops are distinguished by vivid portraits of both foreign and domestic athletes, rappers, and models. Organized by Richard Fleming, the installation at MOCA features newly commissioned portraits by painter Michel Lafleur, and will provide visitors the opportunity to get a haircut from a Haitian barber.