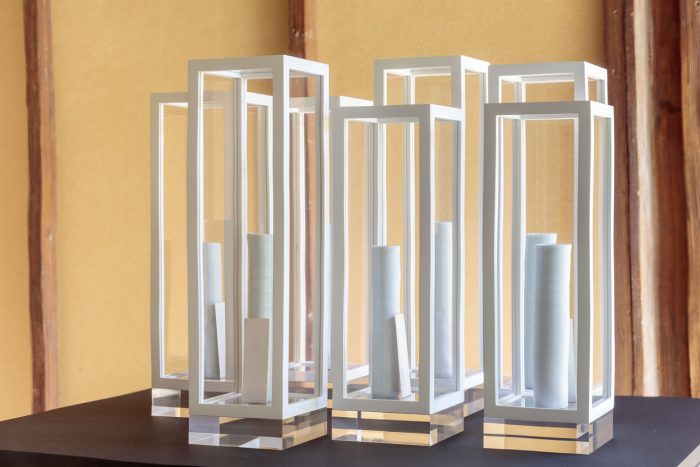 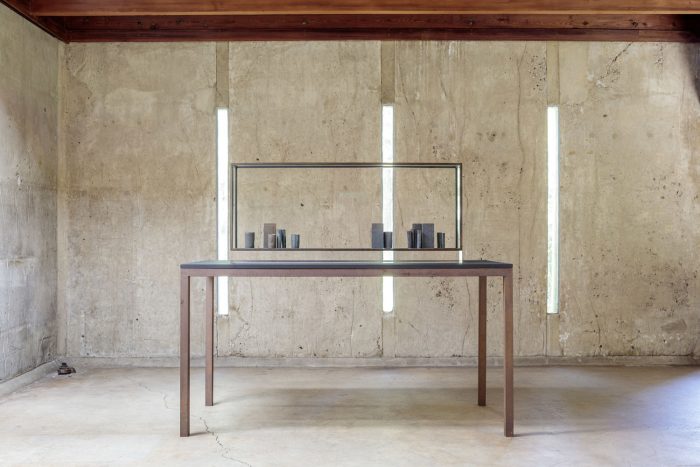 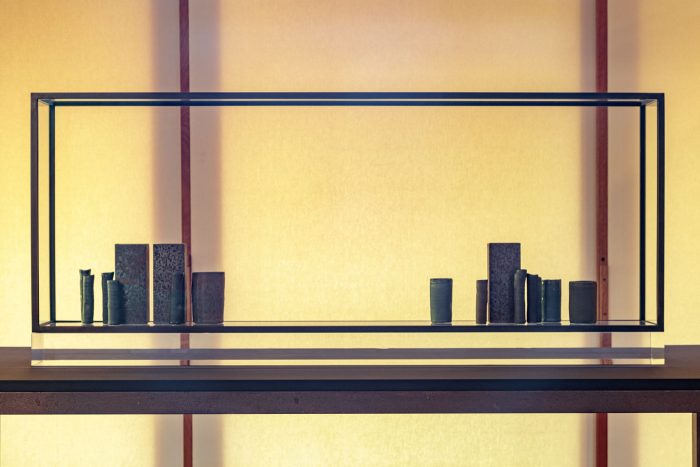 Renowned London-based artist and writer Edmund de Waal makes his first architectural intervention in the U.S. with an exhibition at the MAK Center for Art and Architecture at the Schindler House in West Hollywood, California.  Titled  –one way or other–, de Waal’s exhibition includes new and recent sculptures responding directly to the materials and integrated spaces of the iconic house. The multisensory exhibition is inspired by the artist’s ideas around migration —what it is to leave one place and adopt another— just as the Viennese émigré architect R.M. Schindler did when moving to Los Angeles to create a new home here in 1922. The intervention develops de Waal’s long-standing interest in exile, as reflected in the last decade of his practice and especially his book The Hare with Amber Eyes (2010). The exhibition includes a sound piece conceived with the avant-garde composer Simon Fisher Turner: “a layered memory soundscape of Vienna through its Raumplan.“  A special recording of radical modernist Austrian composer Anton Webern’s Drei Kleine Stucke (Three Little Pieces), Op.11 by English cellist Matthew Barley, along with Barley’s own Cello Improvisation, has also been commissioned for the exhibition.

The Schindler House is the birthplace of West Coast modernism. It was conceived by Schindler and his wife Pauline as a modular, changeable live-work home and environment for two families. Built of simple industrial materials (concrete slab, glass, and wood), the house became a hub of forward-thinking aesthetics and cultural and political activity that was frequented by architects, dancers, artists and musicians from Frank Lloyd Wright to John Cage. It continues as such to this day, welcoming artists such as de Waal to respond both to its design and rich cultural history.

Edmund de Waal said, “The Schindler House is an idea about beginnings. It stands as an attempt to create a place for both cooperative living and cooperative practice; to reset the conditions in which a modern family could live and experiment. The last decades of travelling to Vienna have made me think of what it might mean to be an émigré and build a house, to question what you bring with you when you start again so definitively.”

Edmund de Waal is best known for his large-scale installations of porcelain vessels, often created in response to collections and archives or the history of a particular place. His written and artistic practices have broken new ground through their critical engagement with the history and potential of ceramics, as well as with architecture, music, dance, and poetry.

An internationally acclaimed writer, de Waal is also known for his best-selling family memoir The Hare with Amber Eyes (2010), which has won many literary prizes, including the Royal Society of Literature’s Ondaatje Prize and the Costa Biography Award. Other titles include The White Road (2015), The Pot Book (2011), and 20th Century Ceramics (2003). De Waal was made an OBE for his services to art in 2011. In 2015 he was awarded the Windham-Campbell Prize for nonfiction by Yale University. Edmund de Waal was born in Nottingham, England, in 1964, de Waal lives and works in London.