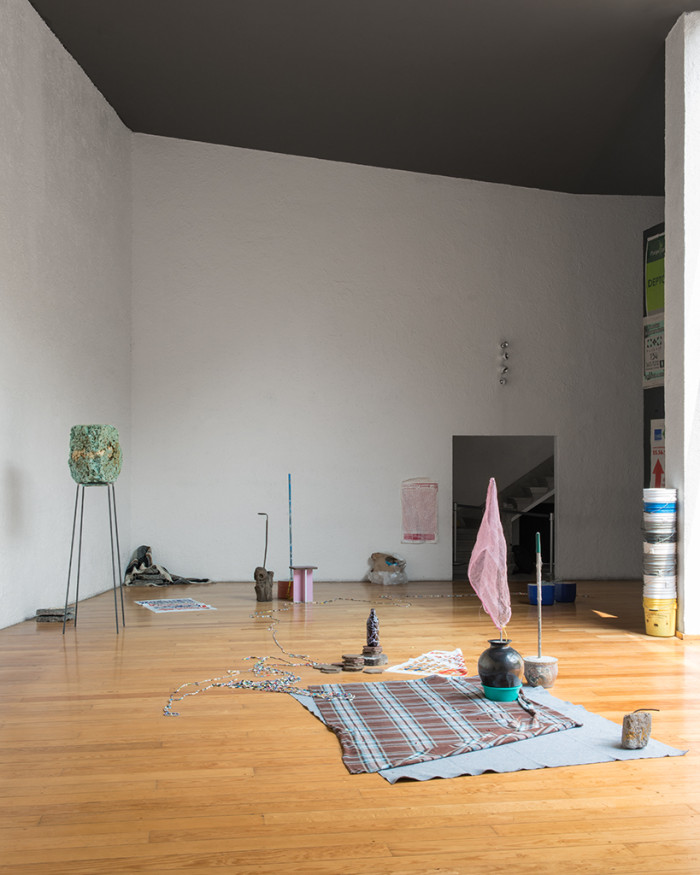 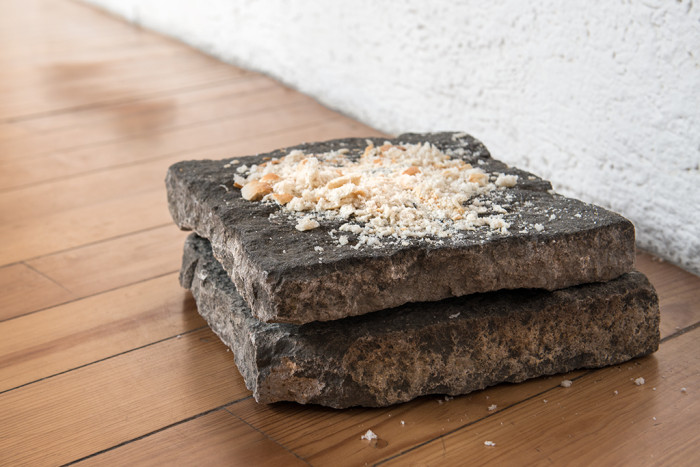 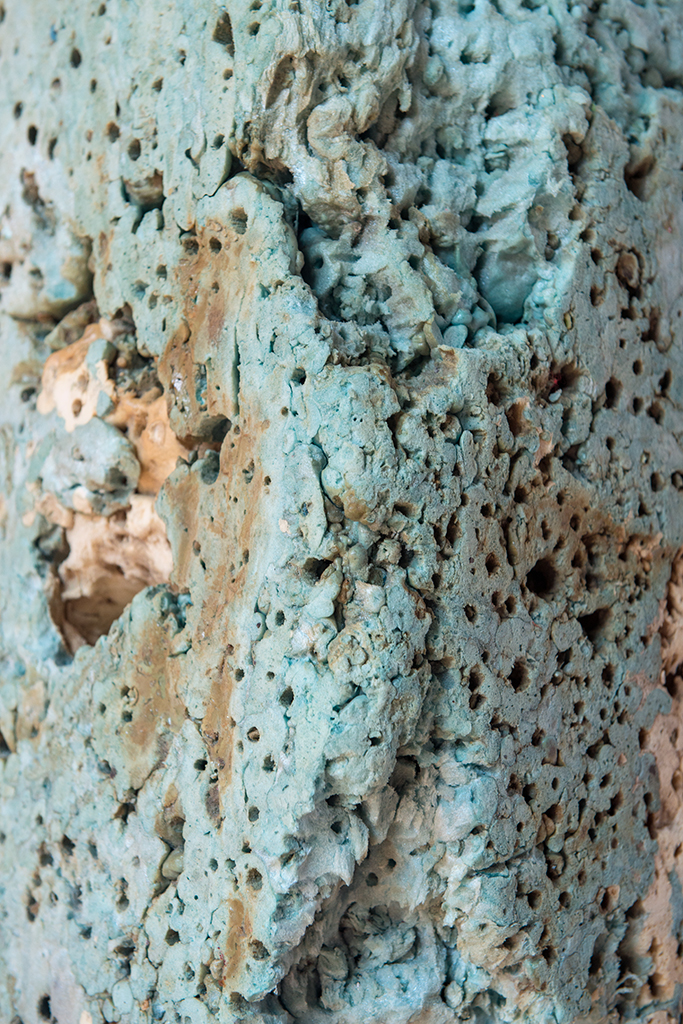 Let us imagine a possible history of transformations of matter between infinite variables.

A stone upon a stone: a pyramid.
A piramid covered by wild herbs: a mountain.

A bucket filled with water, a vessel.
A vessel filled with concrete placed on the street: an obstacle.

After six weeks of residence in Mexico city, Wolf von Kries exhibits the unstable results of his experiments. Objects and thoughts collected during extensive wandering walks, now arranged in this exhibition. Following cracks on the sidewalks and streets that may have been caused by the tectonic shifts, the perpetual sinking of the ground or the roots that keep breaking through the concrete. One extends to the next and so forth until they form a grid of loose plates.

The works in this exhibition are only loose arrangements and reconfigurations that do not intend to petrify, they are not paralyzed nor fixed and will continue the perpetual process of matter. In this becomings, some may see in a stone nothing but a stone, some may see in it the geological layers of acummulated time, and in that a reflection of the cosmos.

In the Japanese technique of the Kintsugi the fissures of a bowl are repaired with laquer dusted with powdered gold. The crack is not treated as a flaw of the vessel, rather it becomes more valuable in its display of transience.

There is something similar in the way Wolf von Kries deals with his environment and the way he has conceived this exhibition. Strolling around in the city with no goal or destination, mending a hole in a sweater, breaking a crate to bits and pieces or drawing lines on a piece of paper until it is black is no different to spending the day on a public square on a bench, watching the traffic and the people passing by or birds and other animals living their lives. There is always something that is happening (and it is happening most when nothing seems to be happening at all).The actions and inactions of Wolf von Kries propose to overcome the culturally established opposition of work as opposed to leisure and the value we assign to things. Better, magmatic transformations, a dance of atoms in the void.

If you want to know what these creations are, you will not get here any answer. You won’tbe told what to think or feel. The objects in display are not buckets or branches. Nor are they a metaphor for the city and its grids, the mushrooming skyscapers under construction and the real estate developers reshaping entire districts or the people that are claiming the cracks in between, finding their temporary lot to make ends meet. They don’t intend to respond to where this megalopolis is heading, nor to investigate the consequences of its hypergrowth in us, its inhabitants. And yet they are echoing in these fleeting arrangements and some sense might crystallize from the noise and then dissolve back into it.

As a constant breathing or a city that pulsates. 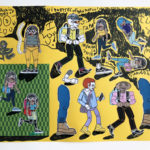 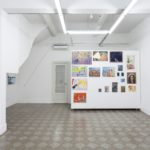 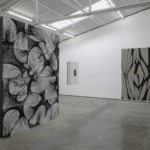 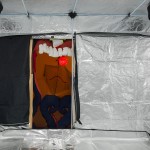