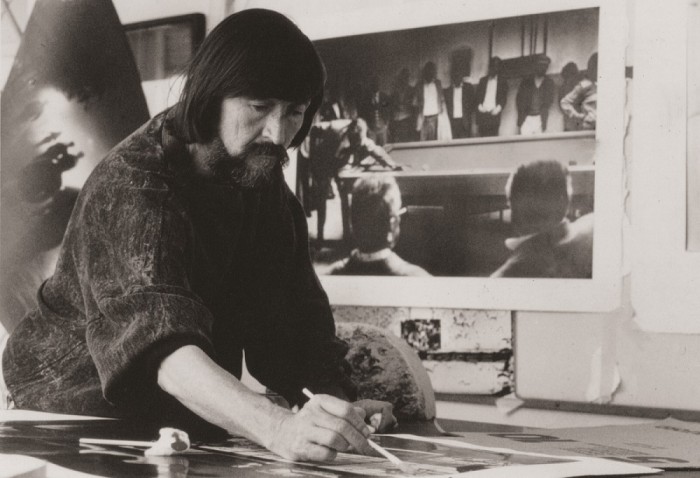 In one of his interviews with art critic and researcher María Iovino, Fernell Franco (1942-2006) refers to his work thus: “When I began to make images…”. [1] And in fact, working the image, the labor that produces it and the subjectivity that executes it, is one of the things that most attracted my attention at the exhibition entitled Cali claroscuro at Mexico City’s Centro de la Imagen, curated by Alexis Fabry and María Wills Londoño. Only at the end of his life did Franco begin to enjoy the recognition an opportunity to participate professionally in the “art world”; he had always needed to earn his living as a photo-journalist and commercial photographer. Nevertheless, alongside Ever Astudillo, Franco is one of the most outstanding artists Cali produced in the 1970s. I say produced because the consensus among all those who lived that Cali through cinema, photography, literature and art seems to be that it was Cali that lent them what they needed to be artists.

Thus Fernell Franco’s work is inextricably linked to Cali, but at the same time, what is said about Cali could also be said of other Colombian cities (e.g., the mass arrival of those displaced by violence) or even of Latin American cities (generalized movement from countryside to city; the birth of new industries) that grew exponentially starting in the second half of the twentieth century. Perhaps it is the characteristics of Franco’s specific image production, throughout his life, that truly needs to be emphasized. A quick review of the literature about the Colombian-born photographer reveals the full weight of his life experience on the evolution of his practice. Having moved to Cali from the small town of Versalles, where he was born in 1942, and with all the instability that fleeing violence implies [2], Franco was self-taught and seasoned by a life of varying occupations and endowed with a privileged eye when it came to immediately capturing what was about to disappear. Yet it is Cali and no other city that is portrayed in most cases. Cali, the one and only. 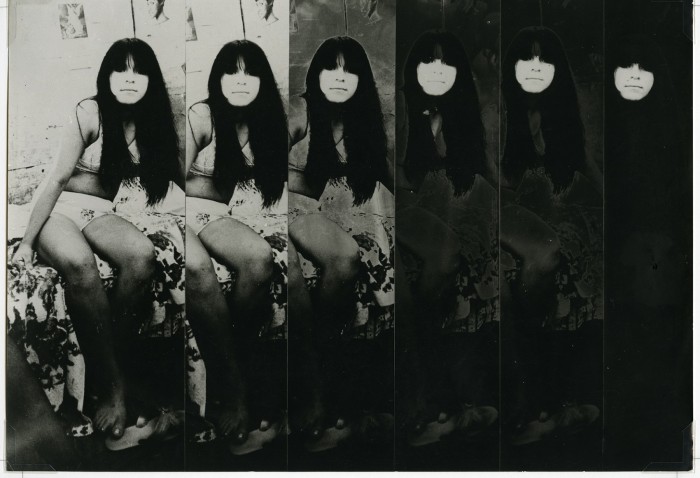 In Cali claroscuro, work by Franco is drawn from a number of private collections and naturally conservation requirements (all exhibited works are period prints) require very specific display conditions. This produces a certain sterility that contrasts (creates a chiaroscuro?) with the motifs the frames enclose as well as with the photographer’s work processes, solely made visible in display cases that are part of the Prostitutas series, where the annotated contact sheets reveal something of how the images are constructed after they are shot. This is not necessarily a negative thing; in fact, to demand the work process be revealed would be unfair; often realizing such a demand ends up mythologizing the scratch-outs in detriment to the artwork itself. That said, much of what appears in the frame seems trapped in a gilded cage, very distant from what produced the image, from that moment of danger and anguish at knowing it would disappear. In the Demoliciones series, for example, there are elements in which the paper, as Franco has folded it, creates new compositions. The repetition of images and their different treatments and framings does indeed show process —an insistence on the image that is made or constructed. Perhaps it is only in the largest blow-ups that the artist’s intention to show something finished becomes evident. 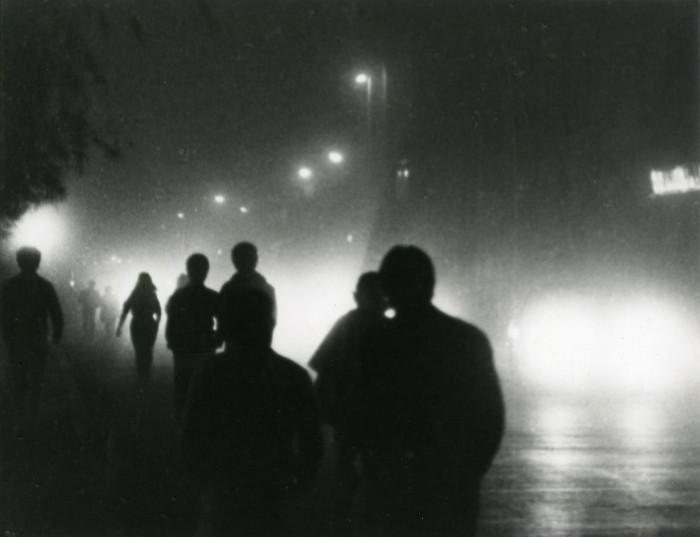 Franco was a black-and- white photographer. “Chiaroscuro” emerges from Cali’s light and shadow, but also from a series of basic social and economic contrasts that appear in his photography’s strong granularity —contrasts at times present only by virtue of their absence or imprecision. It is in this sense that the Retratos de ciudad series is exemplary. There is a physiognomic aspect in its perception, in an eye that appropriates what it sees and reflects it; the camera is the machine that mechanically reproduces that process, to document as much on the support medium. Film speed, the enlargement and printing processes are inherent to that capacity for producing images that capture an absence or something that will soon be absent.

This is not unlike the absence of life in the Amarrados series: bundles from urban markets, undefined and somehow not present. Franco explicitly relates this series with death. “When I worked photographing inanimate objects, I realized that ways of wrapping things up had to do as well with the way death is tied up and isolated. With packaging death to cover it up, to put it out of everyone’s sight”. [3] Franco relates how his father escaped violence, wrapped in fabric, inside a truck, like some anonymous bundle; as well as how the figure of the mummy led him to tie up both death’s loose ends and those of the tied bundles he repeatedly portrayed as ghosts. These tied-up souls, the victims of violent death, also appear in paintings and drawings by Beatriz González that are pictograms of Colombia’s rural abandonment and violence. Chilean filmmaker Patricio Guzmán’s documentary El botón de nácar (2015), as well, explains how during that nation’s years of military dictatorship, its army packed political prisoners into bags and sacks, along with 30-kilogram steel rails over their chests, tied up the sacks and subsequently dropped them into the sea to “disappear” them. There is an implicit violence in a wrapping that makes its contents invisible. 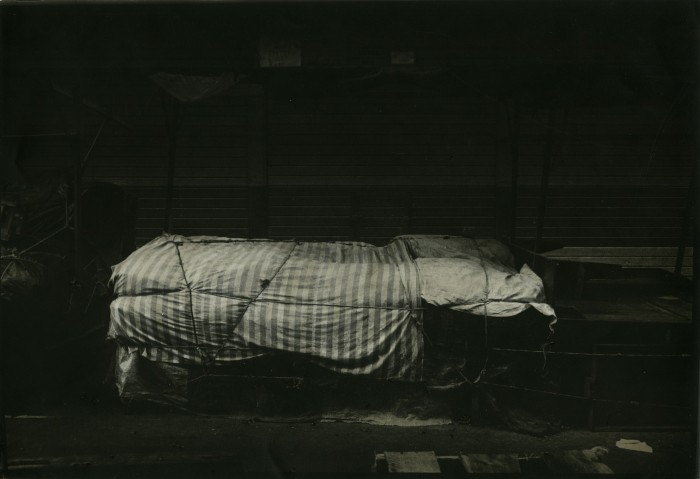 Alongside Amarrados, the series entitled Prostitutas is one of Franco’s most emblematic artworks and it was the first he completed after quitting his job at an advertising agency —his first work undertaken with what we might call “artistic” intention. [4] The neighborhood known as La Pilota de Buenaventura, once a typically lively part of port-city life, had fallen on hard times; what Franco documents is the last, sad redoubt of what he perhaps recalled with euphoric nostalgia. But in a particularly moving fashion, the series also records the relationship the photographer cultivated with women who little by little allowed him to photograph them more intimately. The series contains everything that’s best about Franco’s photography and it is the series in which the image’s treatment, on paper and via collage, is particularly lucid.

Color film serves only to portray working-class salsa bars (Color popular); in everything else, we only see color in subtle, on-paper interventions. While Franco might remark “reality is in black and white” and that “color gives rise to deception, it is a distraction that makes what you want to say blurry,” this series, perhaps because it is the only one of its kind, evinces an optimistic tone without ever ceasing to be “real.” In it, the hardscrabble margins Franco shot throughout his life soften amid warm motifs. 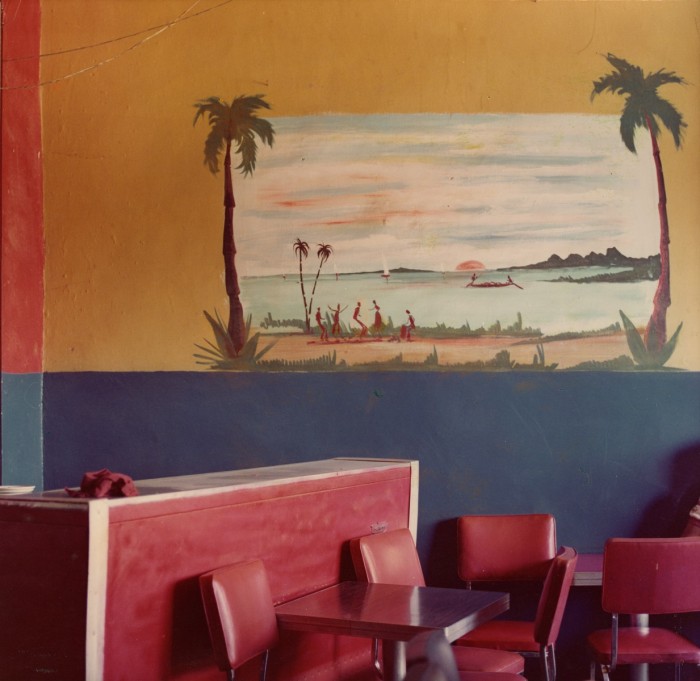 Some years back, filmmaker Luis Ospina said that “perhaps the artists that were most aware that Colombia was an urban country were the artists from Cali”. [5] In solo work and work with Carlos Mayolo we see the fascination elicited in Ospina by the “real” city —the Cali that underwent head-spinning change in the 70s and later experienced the urban and cultural consequences of the rise of mass drug trafficking. That generation of Cali artists captured an urban Colombia— that was still more rural than urban in demographic terms —and the solidarity they formed around Ciudad Solar, a sort of “artistic” commune, surely generated productive “cross-pollinations” among those who took part in its activities. For many, Franco —a few years older than Ospina, Mayolo and Óscar Muñoz— paved the way for a lot of what happened there and it was in Ciudad Solar where the Prostitutas series was first exhibited. The theme of the city that disappears beneath another that grows in its place, but not without leaving behind some rubble, definitively marked this generation. [6]

W. J. T. Mitchell says that pictures are “complex assemblages of virtual, material, and symbolic elements” [7] and that “a picture refers to the entire situation in which an image has made its appearance”. [8] Artworks by Fernell Franco, a maker of dialectical images —in the sense Benjamin lent them, i.e., the image that appears in a moment in which it is in danger of disappearing forever— intertwines this sensitive, optical unconscious suffused in his life circumstances with a reality at the margins; with a Cali that is disappearing. These images are shown as part of an exhibition, in Paris or Mexico City, and I wonder in good faith if they appear the same —if they have the same implications.

Far from backing up the idea that Cali was the recipient of an imported modernity (an argument that is insistently repeated from a number of quarters), to a certain degree Cali claroscuro leads me to think the city —with its physical castoffs and its “human waste” [9]— is in fact modernity itself. Modernity’s dark side is most revealed at the margins. It is not an importation; it formed thanks to colonization and the categories colonization helped create.

[1] Franco’s statement in María Iovino, “Fernell Franco,” 2004. TMs (photocopy). Private archive of María Iovino, Bogotá. Published in “Documents of 20th-Century Latin American and Latino Art” by the International Center for the Arts of the Americas at the Museum of Fine Arts, Houston. Italics added.
http://icaadocs.mfah.org/icaadocs/ELARCHIVO/RegistroCompleto/tabid/99/doc/860546/language/es-MX/Default.aspx . Access date 2 September 2016. Unless another source is cited, all facts related to Franco’s life here are taken from this document.

[2] This relates as well to the historical period known as La Violencia, lasting from 1948 to 1953 (or 1958, depending on if one considers its end the beginning of the General Gustavo Rojas Pinilla dictatorship or a bipartisan accord subsequently established) which saw a brutal confrontation between liberals and conservatives and whose impact was above all on the Colombian countryside. Naturally, this concrete period has antecedents rooted in the nation’s colonial and post-independence history as well as consequences that have marked Colombia’s recent history to date.

[4] The adjective artistic (artístico/a in Spanish) has always struck me as problematic; or put another way, art as an adjective strikes me thus and for that reason the scare quotes; I do not know how better to express myself…

[5] Statements taken from the TV series Plástica, produced by El Vicio Producciones in 2002.

[6] The role of Cali woman artists has yet to be investigated. While they certainly existed, they are rendered notably invisible in these texts.

[7] W. J. T. Mitchell, What Do Pictures Want? The Lives and Loves of Images, Chicago and London: The University of Chicago Press, p. xiii.

[9] In the sense that Zygmunt Bauman lends the term; i.e., people whom modernism produces but does not want. [7] W. J. T. Mitchell, What do pictures want? The Lives and Loves of Images, Chicago and London: The University of Chicago Press, p. xiii. 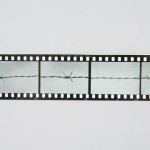 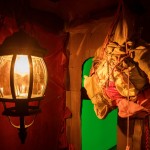 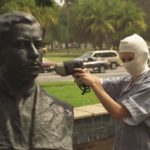 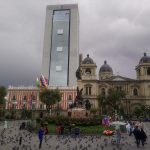